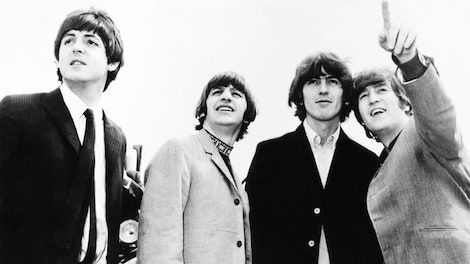 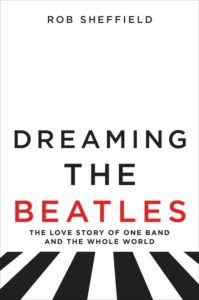 There comes a point, one might assume, when everything worth writing regarding a particular subject has been written. For some topics, a lengthy magazine article may be enough. For others, even a shelf’s worth of lengthy tomes wouldn’t suffice. In the past few months, I’ve read a couple of books – Rob Sheffield’s Dreaming the Beatles and Andrew Blauner’s In Their Lives – that have made something abundantly clear: no matter how many books have been written about The Beatles, I’ll always want more.

Now, this isn’t to say that I want writers to simply recite facts about the band’s well-worn trek from Liverpool to Hamburg to America to global fame and musical revolution. It’s not The Beatles’ story that I have an endless need to read about; it’s all the ways in which the band and their music changed the lives of its listeners that keeps me turning pages, which is exactly why Dreaming the Beatles and In Their Lives worked so well for me. 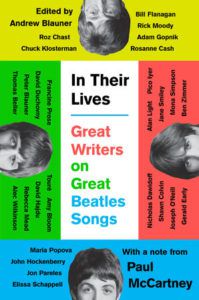 Dreaming the Beatles is a single listener’s personal history, chronicling his decades spent listening to and loving the Fab Four. The Beatles he writes about are his Beatles, which, of all things, he first encountered watching the Help! movie as a kid. In Their Lives takes a similar approach, but relies on 28 different writers professing their adoration of the band through essays about (at least in some sense) a single Beatles tune. Jane Smiley, for example, writes about the youthful thrills of “I Want to Hold Your Hand,” Touré tackles the drama of “The Ballad of John and Yoko,” and Rick Moody uses “The End” to explore his parents’ dissolving marriage, the dream of the 60s, and The Beatles’ last hurrah.

This individual focus, where all the bits of Beatles history and criticism are filtered through the writers’ individual encounters with the band, is exactly the right approach to a Beatles book in 2018 for two reasons. One, there are so many straight biographies of the band that, barring some new bit of revelatory research, it’s unlikely to offer anything new to those of us who’ve already devoured thousands of pages of Beatles lore. I mean, Bob Spitz’s recent biography (titled The Beatles, natch) starts with the four members’ grandparents, for Pete (Best)’s sake. Exhaustive doesn’t really begin to cover it.

The other thing, though, is that The Beatles are one of those cultural touchstones shared by literally billions of people, so just as Sheffield and Smiley and Touré and Moody (and, somehow, David Duchovny) have their Beatles, we have ours. This makes reading these books a little like talking with someone who once lived in the same house you grew up in: the rooms and hallways and all the little quirks and noises are the same, but your lives and memories are necessarily different artifacts. It’s fascinating to compare notes.

I thoroughly enjoyed both Dreaming the Beatles and In Their Lives, of course, though Sheffield’s book is the one that has really stuck with me.

In fact, Dreaming the Beatles may rank behind only The Beatles Anthology in terms of pure Beatles-nut enjoyment. But where the latter (which is written as an oral history and includes material from interviews with the band, their longtime producer George Martin, and other important figures from the Beatles-verse) feels like you’ve been granted an audience with the band and are listening to them recount old memories over tea, Sheffield’s book feels like a late night campfire conversation with a fellow obsessive where you take turn playing your favorite’s deep cuts and argue passionately about how underrated “Baby’s In Black” or “Got to Get You Into My Life” is. (And yes, I’ve got a lot of metaphors to describe reading about The Beatles. What of it?)

Because I literally never tire of those kinds of arguments, I hope that we see more books like Dreaming the Beatles as the years roll by. We’ve had the histories (Shout! by Philip Norman, The Anthology, the Spitz book), the firsthand accounts by the band’s associates (All You Need is Ears by George Martin, Here, There and Everywhere: My Life Recording The Beatles by Geoff Emerick), works of cultural criticism (Beatles ’66 by Steve Turner, Revolution in the Head by Ian McDonald, Can’t Buy Me Love: The Beatles, Britain, and America) and even extensive catalogues of the band’s recordings and gear (The Complete Beatles Recording Sessions by Mark Lewisohn).

Beatles fanatics like me will find something to love about all of these, of course, but we may have passed the point when anything more can be wrung from attempts to report on the who, what, where, when, and why of The Beatles. Which is totally fine. As long as there are fans of The Beatles (read: forever) and those fans are willing and able to share their thoughts and make their arguments and re-live their formative Beatles experiences, there’ll be Beatles books I want to read.