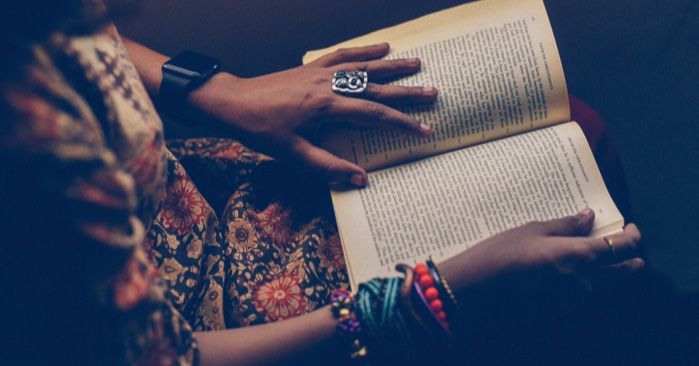 It sounds strange, but let me tell you why I read writing advice books to cope with a traumatic event. In February, something happened that shattered my sense of safety. I won’t get into the details, but the actions of a stranger revealed to me just how exposed I was. I spent a few hours that day in this weird liminal space between being in life-threatening danger and being perfectly fine. Uncertainty stretched and stretched until, finally, it broke. It wasn’t, in the end, ever truly dangerous despite what it looked like through those few hours. Everyone was fine. I was fine. It was over. The end.

But, it turns out, just because something didn’t turn out to be life-threatening doesn’t mean the hours I spent thinking it was just disappeared. Unfortunately. As a person who prides herself on having no feelings, at least outwardly, this was difficult to process.

I was exhausted and panicky and every time I went back to the place it happened, I had to will myself to get out of my car and go inside. And, I held some guilt over what happened, some of it justified and some of it a consequence of my tendency to take responsibility for the actions of the people around me. I was a living flinch.

As many a bookworm does, I turned to books to help me figure out what, exactly, I was feeling and how to get it to stop.

On googling “books to cope with a traumatic event” and pretty much every combination of those words possible, The Body Keeps the Score came up dozens of times. I ordered it to my Kindle and started reading. And it was good. It made a lot of sense. But I felt isolated from the stories in the pages. I didn’t go through things like the people in those anecdotes went through. I felt like an imposter using the word “trauma” to describe what I went through. And all of that talking about feelings made me, an avoidant person, cringe and run in the other direction.

The Body Keeps the Score emphasizes, quite often, how difficult it is to cope with things on your own. How important it is to talk to other people. But I didn’t want to do that. I didn’t know how. Even with my love of language, how much I believed in its power, I couldn’t put into words what happened or how it made me feel. I needed something that made more sense to me. That appealed to the way I saw the world and the way I connected to it.

I read it straight through in one go. It’s not a long book, but still, I devoured it. I read and reread letter eight.

In it, Rilke says, “we have no reason to harbor any mistrust against our world, for it is not against us,” and “so you mustn’t be frightened…if a sadness rises in front of you, larger than any you have ever seen,” and “you must realize that something is happening to you, that life has not forgotten you, that it holds you in its hand and will not let you fall.”

That last one really got me. I relaxed, just for a second, for the first time in a while.

I printed letter eight out and taped it to my bathroom mirror to read every morning. This made sense to me. Advice to a poet. Advice about writing, yes, but also advice about how to live through the eyes of a writer. Rilke put into words some of the fears I was feeling and told me it was okay, but with enough distance from words like “trauma” for me to actually listen. The world was not against me. Life would not let me fall.

Then, my library hold for Zen in the Art of Writing by Ray Bradbury finally came in. In it, Bradbury writes things like “Every morning I jump out of bed and step on a landmine. The landmine is me. After the explosion, I spend the rest of the day putting the pieces together,” which was exactly how i was feeling at the time.

But, Bradbury also says things like “passion often saves the day,” and “everything I’ve ever done was done with excitement, because I wanted to do it, because I loved doing it,” and “the trick is, knowing how to tip ourselves over and let the beautiful stuff out.” These passages, the whole book, made me feel something different. The constant panic ebbed, a little.

I had trapped myself in a cycle of negativity, as I think many of us do when faced with that loss of safety I experienced. Had played and replayed the actions of one person until they became all I could see in everyone. And while that panic is still there when I think too hard about that day, I think, too, of the way Bradbury and Rilke and Hogan write about the world and I remind myself of the fact that it was only one day, it was only one person, and there is an entire world out there to try to love the way they do.

Now, in the grand scheme of things, this incident wasn’t that awful. It could have been much, much worse. I’m not saying this method would work for all people, for all traumas, equally. (Also, don’t be like me — talk to someone if you are going through something.) But, reading writing advice books to cope with a traumatic event worked for me. Maybe it will for you too. Ask yourself what you love. What makes you believe in people, in the world, again. Pick up something in that realm and maybe it’ll help you, if only a little, feel that way again.