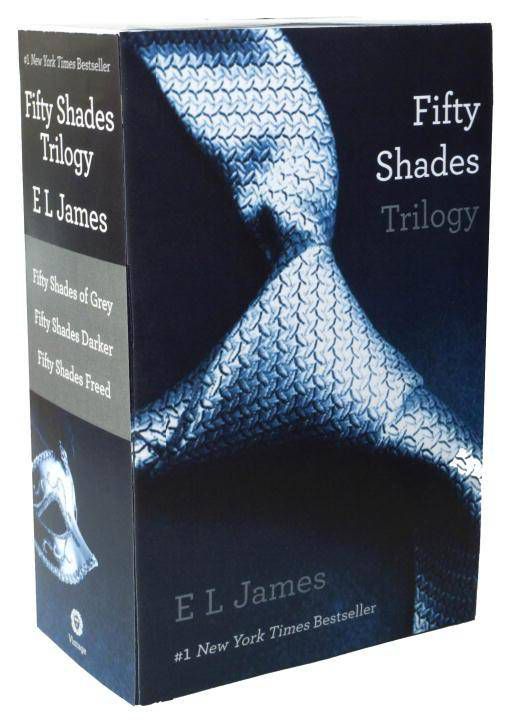 Publishers Weekly made the right choice, but for the wrong reason. They cite the enormous cash infusion James’ books have provided for Random House, bookstores, and almost all levels of the publishing ecosystem. But James’ story is about more than money; it’s about how we think about books at all. 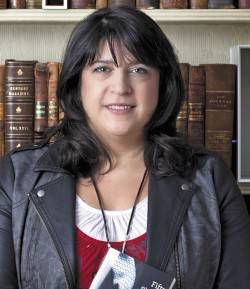 Let’s get one thing out of the way. The books aren’t great. I get that. I haven’t read them, and I won’t read them. Not interesting to me as a reader. But as someone who cares about books and reading culture, I find her story fascinating, as the evolution of the work from online fan-fiction forums to most-successful debut novelist of all time touches on a host of literary flashpoints.

Indeed, that the books are bad makes them more interesting, not less. Those of us with a romantic notion of books and reading want there to be some correlation between quality (as we see it) and success. But that is a desire more than it is a reality, and all along the path of literary history the coming of a new form or style or genre is almost always met with resistance from those who loved literature the way it was. Fiction itself was seen as the vulgar cousin of poetry, after all. That’s not to say that James heralds some new age of writing, only that when the establishment bemoans the coming of some surging form, it’s worth paying attention to as a negative indicator.

One of the virtues that falls under the umbrella of literary “quality” is originality. We don’t just want something to be beautiful or interesting; we also want it to be new. So James’ lifting of character-types from Twilight strikes at the heart of what we think good writing should be. How can you take characters from a bad series and center the narrative around BDSM? The term “fan fiction” itself articulates the hierarchy we feel between the creator of a character and those who know the character thereafter; the “fan” is beneath the creator in this understanding. But what if we didn’t think this way? After all, Shakespeare lifted many of his plots and characters from other sources, and there’s a really good chance that Homer, the father of Western literature as we know it, did as well. Don Quixote might even be considered meta-fan fiction, as Cervantes took the tropes of the wildly popular chivalric tales of his day, and out of them invented the novel. Not too bad for fan fiction.

While James may not have self-published the 50 Shades books in a readily familiar way, she did post them online for others to read long before she switched the names from Edward and Bella. Random House’s participation in her story came later as well, and James’ early popularity online is but another anecdote in the on-going debate about who decides what gets printed, read, sold, and otherwise enters the public consciousness. It seems clear that 50 Shades would not have been the smash it is without Random House, but it also didn’t need Random House to have a life out in the world.

That books about BDSM had a life out in the world to the point where your parents and mine had even heard about the books, let alone read them, is also astonishing. Now, from the 18th century forward, feminine desire has been a key element of the novel’s success (side recommendation: Nancy Armstrong’s Desire and Domestic Fiction. Wonky, but eye-opening). But such an overt representation of sex, especially sex outside what is considered “normal,” in a series that moved over $200 million bucks in less than nine months? Isn’t it strange how most of us who love books had early exposure to them in elementary school and through onto high school and beyond, books that we were told were important and educational and artistic, and yet just how sexless they were? How much of what we understand as the literary canon was chosen because it was “safe” to teach to fourteen year olds? Somewhere along the way, “literary” and “sexual” became divorced in a way that still influences how we understand the language arts. Boccacio’s Decameron, possibly the first important prose-fiction collection, is bawdier than anything you would read in course of literary modernism or post-modernism today. Forget for a moment the “mommy porn” sound-bites and remember just how transgressive it is to have sex be a main concern of a best-seller at all.

I doubt that anyone will read these books in 50 years. It is a strange phenomenon that has more detractors than self-identified fans (I guess in this regard, 50 Shades is the “hipster” of contemporary publishing). But the range of issues contained within the 50 Shades trilogy is likely to shape books, publishing, and reading itself for decades to come.

What other recent book can you say that about?