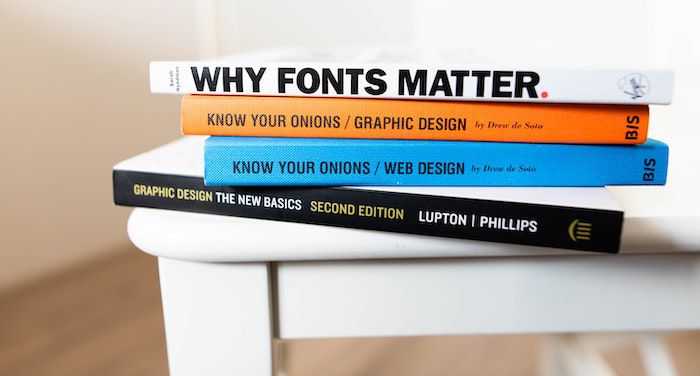 The hate for comic sans emerges from its inappropriate use, so it’s ironic how it was created to settle the same issue.

“I designed Comic Sans while I was working at Microsoft. I had been given a beta version of Microsoft Bob, a comic software package designed primarily for young users. The package featured a dog called Rover, with message balloons set in Times New Roman—a system font oddly unsuited to the comic context. My inspiration for Comic Sans came from the shock of seeing Times New Roman used so inappropriately,” said Vincent Connare during an interview with fonts.com.

Connare created the font in three days to meet the deadline of the release of the software. It was inspired by comic book lettering of Watchmen and Dark Knight Returns and has a handwritten, playful, and quirky look. Comic Sans was not included in Microsoft Bob but was a part of Windows 95 Plus Package and went on to be one of the system fonts for the OEM versions of Windows 95. Currently, it ships with both Windows and Mac OS.

Released with the first affordable personal computer, Comic Sans found an audience in anyone who was tired of the other overly formal options and wanted to exercise their amateur design skills.

“This typeface was taken up by a number of non-designers in their documents—things like homemade flyers, homemade invitations, websites that were done by non-professionals,” said Jo Mackiewicz, a Professor of Rhetoric and Professional Communication at Iowa State University who has done research on why people perceive different personalities in different typefaces. “I think a lot of the reasons people hate it is that it’s seen so often and in places where it should not be used. The fact that it was being used outside of its rather limited purpose—that became obnoxious to people who knew better,” said Mackiewicz to Live Science.

Connare affectionately referred to Comic Sans as “the Justin Bieber of fonts,” probably talking about how it ends up in places it shouldn’t be in.

As associate professor of advertising at Boston University, Tom Fauls, said: “Good typography should be like a wonderful clear crystal goblet that holds wine, much better than a golden goblet that has jewels on the outside because the point of the crystal goblet is that you can see the wine that’s inside, you can appreciate the colors.”

Comic Sans calls too much attention to itself and takes away from the content and context.

Asking a child not to do something is tempting fate and asking it in comic sans is the cherry on the top of the rebellious cake!

Holly and David Combs fell in love with each other over the mutual hate of comic sans. The pair solidified their commitment by publishing an anti-Comic Sans manifesto and selling a line of products online.

The Combses, founders of the “Ban Comic Sans Movement,” are of the opinion that designing a Do Not Enter sign using comic sans is analogous to “showing up for a black tie event in a clown costume,” according to  Just My Type by Simon Garfield.

Comic Sans Criminal is a website that allows you to report the inappropriate uses of the typeface. It also provides a bunch of alternative comic book and dyslexia-friendly fonts you can use.

Comic Sans vs. Other Fonts

David Kadavy explains the difference between comic sans and other fonts from a typographical perspective, giving us great nerd content to ponder over.

British Dyslexia Association and the Dyslexia Association of Ireland utilize Comic Sans to reduce the difficulty in reading that comes from having dyslexia. In a piece at The Establishment, Lauren Hudgins explains how finding the typeface changed her sister’s world. She writes, “The irregular shapes of the letters in Comic Sans allow her to focus on the individual parts of words. While many fonts use repeated shapes to create different letters, such as a ‘p’ rotated to made a ‘q,’ Comic Sans uses few repeated shapes, creating distinct letters (although it does have a mirrored ‘b’ and ‘d’).”

About 17% of the literate population is dyslexic at least to some extent, and Comic Sans, in all its controversial glory, provides a valuable service to the world.

This Tumblr text was posted in December 2018 and has been reposted hundreds of times since. It led to people grudgingly trying it out and figuring it actually works for quite a few!

In her article Get Over Yourself and Start Writing in Comic Sans, A.A. Newton says: “[W]riting in Comic Sans has helped me break inefficient habits I’ve clung onto since college. The words all melt into a cohesive mass that I’m able to consider as a whole, rather than immediately needing to pick apart, so I write faster and more fluidly. As a freelancer, that’s never a bad thing.”

“Seeing one’s own work stripped of pretension down to its most basic level, language wearing children’s clothes, is a powerful thing,” says writer Ms. Lola in a piece on Medium. “By the second or third day of writing in Comic Sans, I found myself feeling freer than ever to make silly mistakes, take risks, and explore stranger territories.”