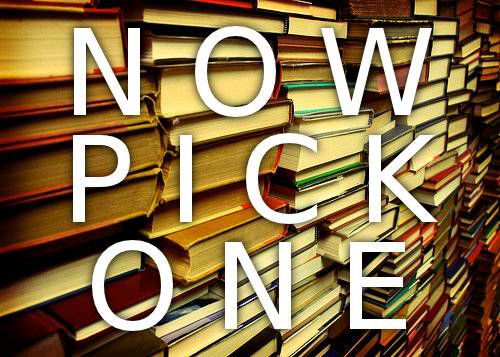 I recently took a trip to beautiful city of literature Dublin, and I bought a lot of books. This happens.

Later, I got to wondering why I had picked those books, above all the thousands of books being sold. What exactly is it that motivates us book buying people to buy the books we do? Clever marketing? Recommendations? In this post I offer five reasons YOU are reading the book you currently are.

While writing a review for one of the books I bought in Dublin I got to thinking about the question in the title of this post. On this particular book-splurge I bought the following books:

(I realize, yes, I have a book-buying problem). But why these books?

I think it is a number of things that motivates me, at least, to buy the books I do. I have reduced them to five.

1: Reviews from sources I trust.

This is probably a big one for most people. You hear about it on Book Riot (I especially tend to look at the books in the Best Books we Read in… posts. like this one from April). Friend recommendations also count big. If a friend who knows my tastes recommends a book, I am very likely to check it out. Reviews in magazines and starred reviews on sites like Kirkus also weigh heavily. Amazon reviews I usually avoid, or at least I have been for the last six months.

2: The premise of the book has to be interesting.

If a romance novel in the vein of Nicholas Sparks gets rave reviews and my friends tell me that I really have to read it, I still probably won’t. But the blurb for The Shining Girls made my booky sense tingle and I bought it on the spot:

In Depression-era Chicago, Harper Curtis finds a key to a house that opens on to other times. But it comes at a cost. He has to kill the shining girls: bright young women, burning with potential. He stalks them through their lives across different eras, leaving anachronistic clues on their bodies, until, in 1989, one of his victims, Kirby Mazrachi, survives and starts hunting him back.

By this I mean that the book is more than the hot thing right now. This is why I bought East of Eden, Dubliners (and the fact that I was in Dublin at the time) and Paul Auster’s New York Trilogy. I had heard such good things about them, again and again, that I ripped them off the shelves as a reflex.

There are few things as good at marketing a book as the last book by that author. “Oh, she has a new book out? I’m getting it, I just loved her last one.” This is also how I come by much of the music I listen to. This is partly why Neil Gaiman is so popular.

I think this is a stronger driver of book sales than many of us realize. It is certainly the reason I read Gone Girl and Emma Donghue’s Room, I wanted t see what all the fuss was about AND I wanted to be part of the group of people who read them and loved them. We all want to be part of something, it is in our nature, and we all have a fear of missing out, and this holds true for book-buying choices. 50 Shades of Grey, anyone?

I know, I know, I left out “Curiosity”. But you see, Curiosity made me read Dan Brown’s Da Vinci Code, and we’ve just not been on speaking terms since.