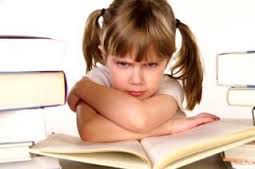 I so enjoyed Jeff O’Neal’s thoughtful and inspired From Zero to Well-Read in 100 Books, in which he tried to define and list the 100 books that, going by a drawn-up guideline of very reasonable criteria, have had the most overall influence in Western culture.

If you want to laugh a lot (and this will be a combination of “That’s funny” laughter and “I’m so scared I don’t know what else to do but laugh” laughter), go read the comments on that piece. A hundred-plus comments about what SHOULD have and should NOT have made the list and also THE FACT THAT FIFTY SHADES OF GREY WAS PUBLISHED IS THE FIRST SIGN OF THE APOCALYPSE!!!

I’m so glad that this post started a leviathan-sized conversation. Everyone who writes for this site (and I’m guessing most people who read it) loves talking about books. Talking, debating, joking, fanboy-ing and fangirl-ing out over books. It’s when talking becomes screaming that it stops being fun, for me, anyway And it seems like anytime anyone makes a prescriptive book list (best books of the year, best books of all time, most important books, books every man/woman/teenager/child should read), all of a sudden people’s eyes become endless black holes of doom.

But WHY? Why do these lists get under skins the way they do? After all, you’re just reading one person’s opinion. The world is filled with opinions that differ from your own. Why are you letting one opinion turn you into a Rage-o-saurus Rex?

Before I start sounding like a lecturing schoolmarm, let me just say I get just as angry about book lists as you do. When Esquire published their “75 Books Every Man Should Read” and there was like ONE book by a woman (I’m convinced the English major interns at Esquire were afraid to tell the writer Flannery’s not a dude) I got so angry I turned into an evil poltergeist and haunted a nice family for an entire year. I’m not preaching at you guys. I’m trying to understand why the lists I disagree with make me so angry too. We’re in this together, everyone.

So I’ve been thinking, and here’s what I’ve decided. It’s not the opinion itself. It’s the platform it stands on. No one pays much mind to what the groundlings attending an Elizabethan play have to say before the show begins. But once Julius Caesar begins, every word counts. The bigger the platform, the more people listening and being reached, the more looming and threatening the opinion seems if it differs from your own.

If you give Fifty Shades of Grey some love on a low-to-moderately-trafficked personal book blog, you’re likely not going to get a hundred-plus comments pitched at a super-high decibel level. If some random dude with a blogging audience of his girlfriend and his mom ranks his seventy-five favorite books and only one is written by a woman (because his girlfriend and mom are so excited this dude is reading Flannery O’Connor they don’t want to tell said dude that she is, in fact, a she) nobody cares.

It’s only when a person has a platform, and that person disagrees with us, that we start to froth at the mouth. Because what if that person, who disagrees with us so strongly, what if he’s the majority? What if we’re the minority? What if we think we’re the little boy in the crowd crying out “The emperor’s not wearing any clothes!” but really the equation is flipped and WE’RE  the emperor who’s not wearing so much as a stitch. When a lot of people are listening, we start to worry that a lot of people are agreeing. We want our opinions to be the right opinions. But when we feel the social pressure of a major platform pushing against us, we substitute that platform for the world and we think it’s THE WORLD pushing against us.

What I want to say is, “Everyone’s opinion counts and matters equally! No one person is more important than another! Please join me in my time machine as we go back to the 1920s for a Communist meeting in Brooklyn! I promise we’ll return to the 21st century the second Communism stops being cool!”

But is that the truth? Does everyone’s opinion count equally? In a medium like literature where subjectivity is king, is the loudest voice really the most important voice? And if you disagree with a voice that is louder than yours, are you, by the standards of the world, wrong in your opinion?

I actually don’t know the answers to my questions. Maybe some of you do. Would love to talk in the comments below. In the meantime, if you’re angry, I totally get it. When I let myself be, I’m a little angry too.