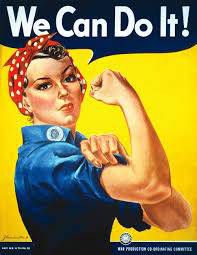 Watchmen was published 30 years ago this year; Batman: The Killing Joke, 28 years ago. Despite being older than many comics readers, Alan Moore’s two most iconic works continue to loom large over the DC universe. 2016 has seen them cast a particularly heavy shadow, with DC’s Rebirth folding Watchmen and its characters into its mainstream canon, and a feature-length animated adaption of The Killing Joke set to be released in July. Moore may not have worked with the publisher since 1989, but the image DC wants to portray of itself clearly has his works front-and-centre.

It’s not hard to see why. Even as the literary mainstream has become increasingly open to comics over the last decade or so, Watchmen remains at the forefront of the few books considered worthy of discussion; The Killing Joke, meanwhile, is held up as one of DC’s most definitive character’s most definitive stories. However, in the three decades since these books were published, the comics industry and the world around it has changed drastically – undeniably for the better. Oppressed groups have a louder voice than ever before, and they’re speaking up about the casual misogyny and sexual violence found in both Watchmen and The Killing Joke.

Last March, the #ChangeTheCover campaign rallied against a Killing Joke inspired variant cover for Batgirl – a series that, at the time, was explicitly trying to reach out to younger readers. The cover was pulled, but many involved with the campaign were viciously attacked for demanding ‘censorship’. Indeed, harassment is to be expected for anyone visibly criticising Moore’s work on feminist grounds – even celebrated Batgirl writer Gail Simone received abuse in recent weeks for tweeting about sexual violence in The Killing Joke and, later, a Guardian article which denigrated such criticism as ’employing the gestures of the morality brigade’.

Meanwhile, those outside the superhero genre’s traditional audience are increasingly questioning Watchmen‘s status as comics’ magnum opus. More diverse works like Persepolis and Fun Home are being brought to the fore, and feminist critique of both the book and its 2009 film adaption has been gaining traction. Opinions on the book’s treatment of its female characters is decidedly mixed; while some have argued in its favour, others have been decidedly unimpressed and Gail Simone, again, has criticised its treatment of sexual assault. The release of the Watchmen movie, meanwhile, led to almost universal complaints of misogyny from comics fans, movie critics, and academics.

DC seems unconcerned with this criticism. The publisher may have cancelled the Killing Joke variant, but it did so only at the request of its artist, and went on to announce the Killing Joke movie barely a few months later. It responded to accusations of sexism in the Watchmen movie by placing its director, Zack Snyder, at the forefront of the DC movie universe; even more significantly, HBO confirmed late last year that it was in preliminary talks to produce a Watchmen TV series with Snyder at the helm.

I’ve written elsewhere on how comics’ over-reliance on books like Watchmen and The Killing Joke excludes new and diverse readers. References and homages serve to flatter the white, straight men who’ve been reading comics since the time these books were first released, and ignore the comics and creators that have revolutionised the industry since. While few would question their importance in comics history, is it really appropriate for DC to continue to champion these books in 2016? Can DC really claim to have its arms open to diversity while keeping the Joker’s leer at a victimised Barbara Gordon as its face?

We can’t forget, either, that DC’s promotion of these books is largely being done against the wishes and without the consent of their creators. Alan Moore himself has largely disavowed The Killing Joke, calling it “too nasty…too physically violent” and criticising the influence both it and Watchmen have had on the DC universe and wider comics industry. And while Watchmen co-creator Dave Gibbons consulted with DC over the use of its characters in projects like the Watchmen movie and Before Watchmen, neither he or Moore were contacted over their use in Rebirth.

In the eighties, Moore’s work with DC was revolutionary; continuing to cling to it today, though, is regressive. It showcases the worst tendencies of not just DC, but all the major publishers: ignoring diverse characters, comics and readers; mistreating creatives, and a refusal to move on from their own past. For DC to truly undergo a rebirth, it needs to put Moore aside, look at all that comics have achieved since, and move forward into the 21st century.