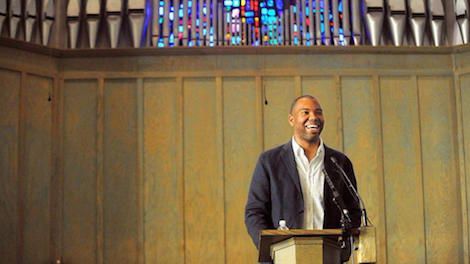 Sponsored by Libby, the one-tap reading app from OverDrive.

For people outside of the African-American experience to read and study words of color will perhaps broaden their scope of understanding of people of color and quite possibly put them in touch with an empathy that may very well crack the shell of racism in which they too were born.

Our children deserve so much better from educators, administrators and, yes, politicians.

Slow reading isn’t always appropriate, but if you feel like you don’t enjoy reading as much as you once did, you might want to pick up a book and give it a try. Lots of things in life are a race, but reading doesn’t always have to be one of them.

I’ve never tried this approach to reading, since it feels naturally to read at my natural speed….but it sounds worth trying!

Four Houston schools have received 27,000 books to restock their libraries after Hurricane Harvey destroyed them.

Over the last 12 months there has been an explosion in the popularity of horror with a mainstream audience. Since the start of 2018, we have seen Jordan Peele’s blockbuster film Get Out win the Oscar for best screenplay and nab the Ray Bradbury Award for Outstanding Dramatic Presentation at the Nebula Awards. Stephen King was presented with the PEN America Literary Service Award, given to a critically acclaimed writer whose body of work “helps us understand and interpret the human condition.”

These recognitions are forcing people to confront a common bias against horror, which is often misunderstood as a genre doused in blood and filled with cheap jump scares. Today’s tales range from gory to subtle, from straightforward to weird. Horror is a complex mode of storytelling that probes deeply into readers’ emotions, eliciting uncomfortable feelings that many readers crave. According to Melissa Ann Singer, senior editor at Tor/Forge, horror “becomes increasingly popular during times of societal unease. When people are worried that the world is going to pieces around them, when they have lost faith in the idea that things will soon (or even someday) be better than they now are…. The struggle of the horror novel is often the struggle to restore order and normality to a chaotic world, community, or family.”

Angled toward librarians, this piece on the growth of horror and titles worth reading is useful for anyone interested in the genre.