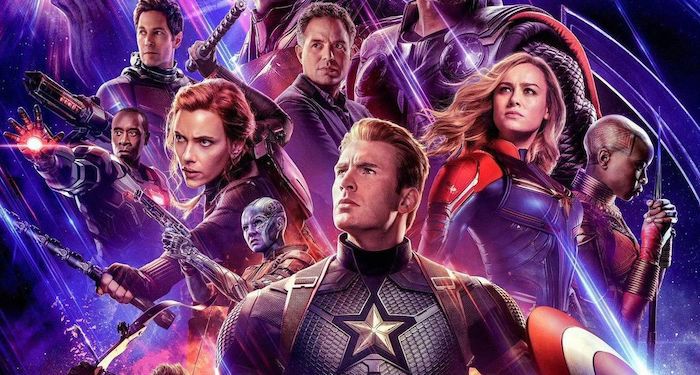 One of the first things I noticed about Marvel’s smash-hit Disney+ show WandaVision was that Wanda and Vision seemed really into each other. While there are relationships in Marvel movies, most of them culminate in a chaste kiss that is appropriate to watch while sitting next to your kids or parents. With the Eternals movie featuring Marvel’s “first ever” sex scene, it’s curious as to why Marvel’s dozens of movies have been so sexless up until now.

Nichole Perkins, the well-known writer and connoisseur of thirst on the dearly departed podcast Thirst Aid Kit, commented on this facet of WandaVision on Twitter as well: “Wait. I just started #WandaVison and the way he leaned in to kiss her in these opening credits had far more heat than I was expecting. Let me find out, Vision…” This particular scene, as well as the various other scenes of Wanda and Vision expressing desire for each other in a couple-y fashion, felt distinct in the Marvel Cinematic Universe because the movies are so desexualized. Marvel’s later Disney+ show Loki struck a similar chord with fans.

The Shadow Legacy of the CCA

The Comics Code Authority was a loose governing body that gave its stamp of approval to comics that were sold in the mid-20th century. This provided an easily recognizable stamp that parents could see and make sure it was an appropriate comic for kids. This also stopped stores from stocking certain comics.

Kid-friendly comics with superheroes were defined in complete opposition to the more adult-focused underground comix and graphic novels of the mid-century. Mark James Estren’s book A History of Underground Comics chronicles this art movement. Outside of the larger comics distributors, underground comix artists and cartoonists dealt with sex, drug abuse, incisive political commentary, women’s issues, horror, and many more things previously banned by the CCA.

Even though the CCA became officially defunct in 2011, it definitely had a lingering effect on what was considered “family friendly” in superhero comics. In the same way that the Hays Code left a legacy on the treatment of queer people and the idea of social mores in Hollywood movies, the Comics Code Authority left a long shadow.

Marvel Comics did push the envelope in terms of what they discussed in their panels. The death of Gwen Stacy was a watershed moment in standing up to the CCA in the Spider-Man comics. Another issue was sex out of wedlock. Chris Claremont’s X-Men and Ms. Marvel series in the early 1970s introduced sex as a part of the characters’ lives more explicitly. The Dark Phoenix saga also has a small part where Cyclops and Jean Gray go have an adult night together. DC Comics feature sex between their important characters as well, from Superman and Wonder Woman to Batman and Catwoman to Batman and Wonder Woman.

Famous comics characters have also come out as queer in the past several years, further pushing against the strict social codes set by the CCA in the mid-20th century. Superman’s son Jon Kent was the latest to cause outrage among superhero comic book fans for coming out as queer. Robin finally came out, much to the non-surprise of comic book fans. Harley Quinn and Poison Ivy are together. In the Young Avengers comics, America Chavez came out as queer, while Wiccan and Hulking got married. However, summer blockbuster movies are reluctant to catch up.

The Sexless Lives of MCU Superheroes

Marvel movies have had some references to sex sprinkled throughout them, and fanfic writers will argue about which scenes are filled with sexual tension. Although the first Iron Man movie includes a scene of Tony about to sleep with Christine Everheart, his womanizing ways are not a major part of the subsequent movies (instead getting into a serious relationship with Pepper Potts). The MCU movies barely even have any kissing.

The movies that provide a contrast to Marvel are the Deadpool movies and X-Men movies. Deadpool is so dirty that Disney and Ryan Reynolds are at an impasse with how to proceed. The 20th Century Fox X-Men movies have been wrapped up, with a reboot looking more and more likely in the future.

Marvel Studios and its Disney overlords have proven over and over again that they will prioritize safe, uncomplicated media over daring explorations of sex and sexuality. Thor: Ragnarok had a very small implication of a sex scene (a woman leaving Valkyrie’s room), but it was cut. In an article for Salon, Sunny Teich and Raqi Syed try to shed some light on the issue of sexless superhero movies: “Astronomical budgets ensure that these kinds of films must target the largest possible global audience and shy away from controversy.”

This is also a cogent theory for the constant sidelining of queer characters in any and all Disney properties. The very tame show Love, Victor was supposed to premiere on Disney+, then got offloaded to Hulu. Disney said it wasn’t because of homosexual themes. (In its second season, free from the confines of Disney, the show’s gay characters do end up having sex.) Disney and queer sex is an even more contentious issue.

The MCU’s choice is to ignore this problematic past. They charge forward as if no female characters ever have been exploited by the male gaze. We get a scene of women posing, instead of anything that directly addresses the MCU’s many failures in telling women’s stories. The failure to include sex in the MCU also fails to let women and queer characters be candid about their own desires.

Oddly enough, Iron Man 2 accidentally addressed this problem by aggressively objectifying Natasha Romanoff in her first appearance as Black Widow. If nothing else, the Iron Man movies are a pretty good blueprint for what not to do with female characters in the MCU.

The issue with the lack of sex in superhero movies is that sex is a vital storytelling device. This isn’t to say that every single Marvel movie would be better with the inclusion of an implied sexual relationship. I’m not deluded enough to argue for Disney to include explicit sex scenes in their properties, either. I’m arguing that sex is a part of life and we can learn a lot about characters by how (and if) they choose to have sex. Cinema studies theorists came together in the anthology Sex and Storytelling in Modern Cinema: Explicit Sex, Performance and Cinematic Technique to discuss how sex can be a revealing and exciting storytelling device. Refusing to include any sex in Marvel movies further mystifies sex for the young people watching the movies.

Sex and queerness continue to have a strange place in Disney properties. Lizzie McGuire the show could have existed without sex on Disney+, but the extremely tame Love, Victor had to be moved to Hulu. Heterosexual relationships can be visible, but not sexual, in Disney properties, but queer people can only now hint at their queerness as a member of Disney’s first-ever gay character parade. Giving into this double standard also reifies the incorrect prejudice of anti-LGBTQ groups that equate queer sexual identity with sex, which means to Disney all queer depictions are somehow unsuitable for widespread, family-oriented appeal.

Even outside of sexual identity, sex is personal and people have a lot of baggage around it. It can’t be universal because it’s a private act (or non-private, if that’s your thing). Characters will make choices in their sexual lives that audiences disagree with, and Disney can’t stomach that kind of controversy.

Without getting into the image-based discrimination of the first four phases of the Marvel movies, these actors mold their bodies into the paragon of sexual desirability (as defined by the superhero genre), and then just…stand there making aggressive eye contact? Marvel wants us to desire all of these characters, but Disney won’t allow a display the could elicit gratification from their pleasurable appearances. We’re constantly coming back for more, frustrated by the flat image of sexiness and hoping that someone will finally deliver us a moment of satisfaction.

Disney is only just starting to allow Marvel to embrace the sexual side of its characters, but comics have a major head start in terms of sexiness. If you’re looking for comics that explicitly address sex and sexuality, there are plenty of sexy, NSFW reads to get you started. You can also dive into the history of representation in comics, the history of the iconic feminist hero Wonder Woman, or the lineage of queer comics.