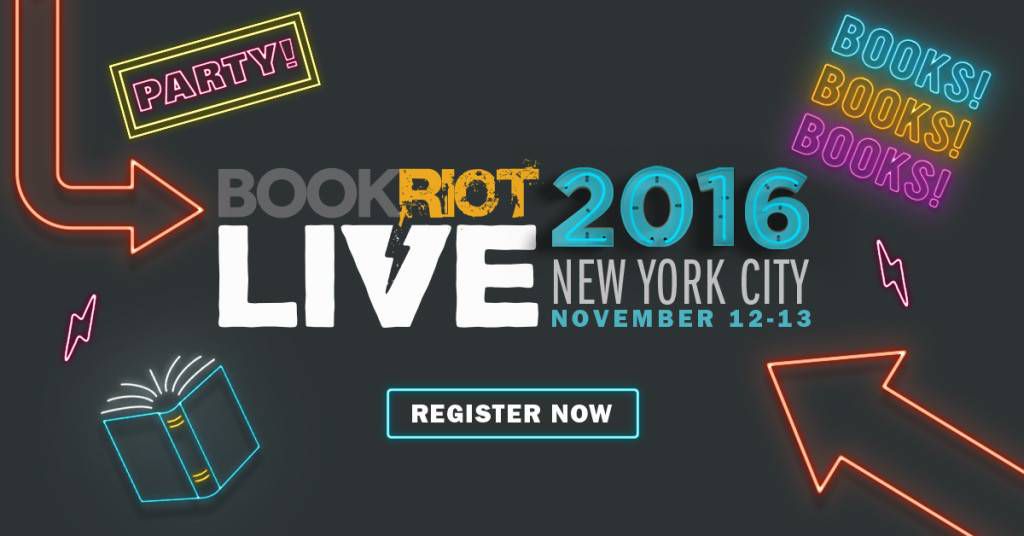 Please join us in welcoming our first round of speakers for Book Riot Live 2016!

We’re hard at work building a speaker list that’s as inclusive, smart, funny, and talented as last year’s — no small feat, but I am delighted to say that we’re off to a roaring start. We are thrilled to announce that Rumaan Alam, Baz Dreisinger, Maria Dahvana Headley, Jeph Jacques, Ken Liu, and Nisi Shawl will be on stage at Book Riot Live 2016. Learn more about them below!

Rumaan Alam: says that writing for Lucky “taught me a hell of a lot about writing, possibly more than my undergraduate writing workshops.”

Baz Dreisinger: believes that “there is at least the possibility of another way, another paradigm” when it comes to justice and prison reform.

Maria Dahvana Headley: gets a tattoo for every book she writes, and was interviewed by MTV while getting one!

Ken Liu: wrote The Grace of Kings as “a deliberate attempt to meld two literary traditions, both of which [he considers his] own: the Western tradition of Homeric epics, Anglo-Saxon poetry and contemporary epic fantasy, and the Chinese tradition of historical romances, lyric poetry and wuxia [martial arts hero] fantasy.”

Nisi Shawl: dared herself to write a steampunk novel set in the Belgian Congo and then had to figure out “how to turn one of the worst human rights disasters on record into a book.“