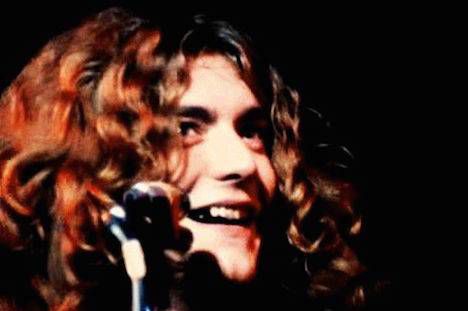 Robert Plant has a longstanding relationship with pages. Perhaps most famously with one named Jimmy who played a mean double-necked guitar. Yet Robert Plant, who provided his wailing, gutsy vocals and over-saturated swagger to Led Zeppelin for many years, is no stranger to the bookstore. Between all the rock and roll clichés he managed to find the time to escape from his life of limousines, psychotropic substances, world travel and ridiculous wealth in the very same way so many of us do.

Well. The things we escape from might differ slightly (are cubicles a rock and roll cliché? How about a long line at the grocery store? They probably are.). But Robert Plant reads, and though his jeans were probably too tight to hold a busted up novel in the back pocket, books have colored his music and his life along the way.

Right around the time Led Zeppelin were filling arenas with fans, folks were rediscovering the works of J.R.R. Tolkien in a bit of a renaissance. Somewhere along the way, Plant picked up his copy of The Fellowship of the Ring and his spirit was whisked away to the Misty Mountains forever and ever amen. References began to creep like Sméagol into his lyrics, sometimes explicitly (ummmm Ramble On is all hobbits all the time, and if you believe the Ringwraiths riding in black during The Battle of Evermore could mean any number of things, you and I will have to agree to disagree) and sometimes implicitly (I’m not the first person to believe that Stairway to Heaven is a shortcut to Middle Earth, but this doesn’t seem like the time or place for a convoluted rambling on and on). The landscape of their songs began to change from the beer hall grit of England’s Black Country to the rolling hills and ominous crags of a more mythic place.

Another far away place eventually caught Robert’s eye and imagination: The United States. Though its history and myths contain fewer halflings, Robert Plant swooned over its musical and cultural roots. One does not have to trace the American family tree far to find the history of American Indians and many cultures that were appropriated, distorted, and slapped onto TV and movies right around the time Plant was growing up. His curiosity and hunger to know the true story that lies beneath the 1950s veneer led him to a book that provided an entry point. It was Neither Wolf Nor Dog . 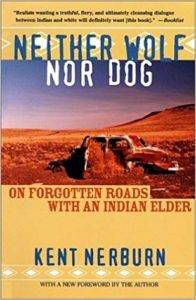 The book recounts the journey of author Kent Nerburn as he travels into Indian Country of the Dakotas to work with an elder looking to turn his thoughts into a book. (It recently became a film, as it happens.) While many critical things can be fairly said of the old chestnut that is a white hero’s journey among people of color, the book reaches for a more respectful and honest perspective of a visitor who is moved and changed by an encounter. It spoke to many; it spoke to Led Zeppelin’s frontman. In fact, it so moved him that he penned the foreword to a recent UK edition of the book.

Say what you want about rock and roll, but in my heart of hearts it’s a kissing kindred of literature. The two often cross-pollinate, and if you’re not picturing Robert Plant in a bee costume reminiscent of a Blind Melon music video then I have failed thunderously.