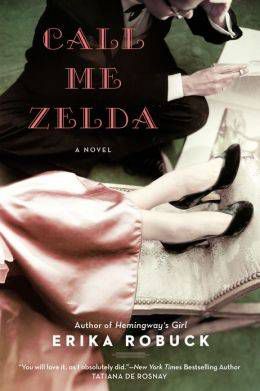 With Baz Luhrmann’s undoubtedly stunning movie The Great Gatsby hitting the big screen on May 10th, everyone is all about the Fitzgeralds. F. Scott Fitzgerald is the juicy kind of author we love to know all about. His life was a giant alcohol-infused scandal complete with a crazy Southern debutante wife. Zelda was the perfect storm wrapped in gorgeous packaging: a flapper with a very serious mental illness that left her broken beyond repair. Scott and Zelda’s love for one another ultimately destroyed them.

Zelda is the subject of two new novels: Z: A Novel of Zelda Fitzgerald by Therese Anne Fowler (St. Martin’s Press) and Call Me Zelda by Erika Robuck (New American Library, May 7th). I decided to read both books back to back and declare a Battle of the Zeldas winner. In the interest of full disclosure, my previous knowledge of the Fitzgeralds consisted of possibly reading The Great Gatsby in high school (pretty sure I didn’t actually read it, but I do remember hubba hubba Robert Redford) and watching Woody Allen’s Midnight in Paris. So basically… none. 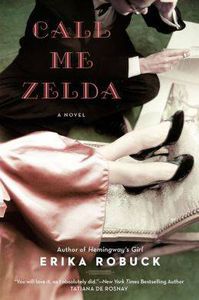 Call Me Zelda came first. Nurse Anna Howard at the Phipps Psychiatric Clinic in Baltimore, Maryland develops a friendship with Zelda when she is undergoing treatment for her loose screws. Erika Robuck does one of my favorite historical fiction tricks with Call Me Zelda and uses a reader-friendly relatable character to tell another story. In this case, the reader becomes attached to Anna and sees Zelda through her eyes. Anna is so captivated by Zelda that she becomes completely immersed in her crazy, and it has a profound effect on her own life. Anna has Zelda write stories about her life as a sort of therapy technique, which Anna must destroy after she reads them so Scott can’t get his paws on them. Upon Zelda’s release from Phipps, she follows the Fitzgeralds to their home and is able to spend time with Scottie, Zelda and Scott’s young daughter. Eventually, she must quit the Fitzgeralds for the sake of her own sanity, but is unable to let Zelda go. She takes it upon herself to find Zelda’s missing journals that Scott used for his own writing material. Zelda believes that if Anna can find the journals, her demons will disappear. Does she find them? I’ll never tell. 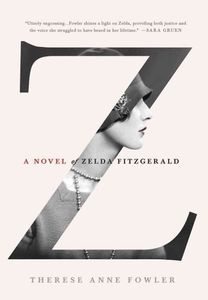 With Z: A Novel of Zelda Fitzgerald, we get a whole different perspective. Z is told from the mouth of Zelda herself, beginning with her debutante days in Alabama and ending with (SPOILER ALERT) her death. It is a totally necessary “fictionalized autobiography,” since Zelda’s own life was fictionalized so much by Scott. Z gives her the voice she always deserved, and shows what an absolute asshat Ernest Hemingway was to her. If Papa didn’t preach so much to Scott about what a downer Zelda was to his writing career, would they have survived? Would Scott have been a little more successful without Hemingway taking him down?

While Call Me Zelda and Z are both about “the first American flapper” they are very different. Z puts Zelda right in your face, and Call Me Zelda lets the reader draw their own conclusions. Call Me Zelda spans sixteen years, Z gives us thirty.

I have to give this book battle to Zelda herself. She struggled so much to be heard (even stories she wrote were credited to Scott so they would bring more money and credibility), and sixty five years after (SPOILER ALERT) her death, she is finally getting her day with two fantastic novelizations of her life. If you’re going to read both, and you really should (they’re both excellent) I recommend reading them in the same order I did. I appreciated Z a lot more because I had such an intimate encounter with her downward spiral in Call Me Zelda.

Actually, I wouldn’t say her “downward spiral.” In the South, I think we would say, “Bless her heart, she couldn’t keep her crazy from showing.”