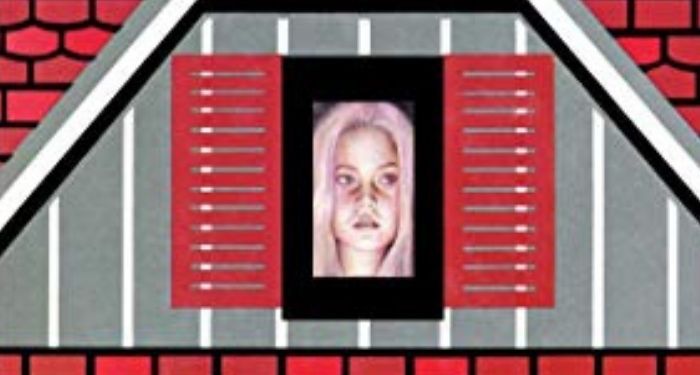 Like most kids who discover V.C. Andrews, I read Flowers in the Attic when I was “too young,” which is to say the exact age at which most readers first encounter Andrews. I was hooked from the moment Cathy, Chris, Cory, and Carrie found themselves the prisoners of Foxworth Hall. I quickly devoured every book my library had. I met the Casteels, the Landrys, and the Hudsons. Looking back, I wonder if I loved them because of the darkness? Or was it because the heroines overcame the darkness?

I was 13 years old and astounded when, after my second or third book, I came across an edition with a note that said that Andrews had died before I was even born. They mentioned that a “carefully selected writer” would be continuing her work.

I was a teenager with the internet so I learned as much as I could from now-paused sites like The Complete VCA. I later found a a book of criticism in my high school library. Somehow, like every kid before me, I felt like V.C. Andrews was only mine, that she understood me and anyone else who has felt trapped by something perhaps less literal than being locked in a bedroom adjacent to an attic (I feel like I have to put the bedroom in there to claim my true fanhood). I thought that I knew a fair amount about her but it turns out that I knew almost nothing. I saw her life as a sad story when it was also a triumph.

Who was Virginia Andrews?

Cleo Virginia Andrews was born in Portsmouth, Virginia in 1923. Her family called her Virginia. She had an older brother and a younger brother. She was said to be something of a prodigy and had notable talent in both writing and art. She skipped at least one grade and was sent to junior college for art classes at the age of 7.

She was very well-read and counted Charles Dickens among her favorite authors, along with Jane Eyre, Wuthering Heights, and Russian novels. She believed that she had a form of extrasensory perception and was also a believer in reincarnation or at least in the fact that she had lived more than one life.

Andrews was aware that she was considered physically beautiful. She claimed that the fathers of her friends were attracted to her, which ties in with another motif that appears a lot in her fiction. People in her books are very cruel and often behave inappropriately toward beautiful girls.

Virginia Andrews became disabled when she was a senior in high school. She was often reluctant discuss both her age and her disability with journalists, so stories about both tend to vary. According to her family in the forthcoming biography The Woman Beyond the Attic (2/2/22), she fell down the stairs at school and twisted her back. Her injury was exacerbated by arthritis, which created painful bone spurs. Due to her medical condition, a failed surgery, and doctors simply not believing her, Andrews’s mobility was limited and she used a wheelchair to get around. She remarked in an interview, “I found out that looking too good is a terrible way to go into a doctor’s office: They don’t take you seriously.”

Another product of Virginia’s frequent hospital stays was the origin story of Flowers in the Attic, which she said came from a young doctor with whom she was infatuated. He told her that he and his sisters were hidden away in a huge Virginia mansion for years in order to preserve the family’s wealth.

The nature of Andrews’s disability and the time she lived in meant that she had a somewhat sequestered existence. The Americans with Disabilities Act didn’t pass until 1990, so there were many places she was simply excluded from. Her father died when she was 20, and while her mother was not the grandmother from Flowers in the Attic, she was conservative, controlling, and protective of a daughter who she saw as needing that protection, whether or not that was true.

Permanently at home with her mother, Andrews spent many years as a successful commercial artist before giving it up to focus on writing. Once she began writing, she claimed to write 30 to 40 pages per night. She received a $7500 advance for her debut novel, Flowers in the Attic. As with most debuts, this was not the first novel she’d actually written. A work of science fiction, Gods of Green Mountain, would be published much later as an ebook, and the first few chapters of another early novel, The Obsessed, can be found in The Woman Beyond the Attic. Andrews also claimed to have written a few medieval romances under another name as well as a story called “I Slept with My Uncle on my Wedding Night” but those have proven difficult to track down.

Her preoccupation, as stated in several interviews, was “why people who were supposed to love each other hurt each other.”

Flowers in the Attic was a runaway success, hitting bestseller lists despite being issued only as a mass market paperback and receiving very few reviews. To date, it has sold more than 40 million copies worldwide. Suddenly, Virginia Andrews was 55 years old and a debut author. Her first book was followed very quickly by the sequels Petals on the Wind and If There Be Thorns and then, a standalone novel, My Sweet Audrina. She also completed the final book in the Dollanganger saga, Seeds of Yesterday. For her next series, Simon and Schuster purchased the life story of a woman who had been sold by her father which was fictionalized by Andrews into Heaven and its sequel Dark Angel.

Flowers in the Attic was one of the fastest-selling books in publishing history and was also quickly adapted for film. Andrews was able to buy a large house in Virginia for herself and her mother. In a way, she had written her own freedom. Once she started bringing in her own money it was much harder for her mother to tell her what she couldn’t do. There are moments in The Woman Beyond the Attic in which the reader gets to see her really enjoying her fame. She was able to do book events. She traveled to Hollywood and to Europe. She even had a cameo role in the 1986 Flowers in the Attic movie, reportedly filming it days before dying of breast cancer.

The Long Afterlife of Virginia Andrews

“Simon and Schuster never publicly revealed that V.C. Andrews had passed away, which to me is what the biography does. It basically celebrates her, finally.” Andrew Neiderman, V.C. Andrews’s longtime ghostwriter, worked closely with members of the Andrews family to create what is the first official biography of Virginia Andrews.

Neiderman was approached shortly before Andrews’s death to complete Garden of Shadows, the prequel to Flowers in the Attic. He was already a published writer and he and Andrews shared an agent. At this point, he has “been” V.C. Andrews for more than 30 years. His identity wasn’t revealed until 1993, when the Andrews estate sued the IRS after the V.C. Andrews name was, in an unusual move for the time, determined a taxable asset. Neiderman was a key witness in the case. It seems to have been a foregone conclusion that Andrews, who had been so dedicated to her work, would want that work to continue in even in her absence. It was also, unsentimentally, good business.

In his early days writing as Andrews, Neiderman used to write on two computers. “I’d literally turn around and change persona, get into a different voice, a different point of view.” In the beginning, he’d write a 30–50 page summary of a new V.C. Andrews novel to submit to the publisher, but now he just tells them what he’s working on.

In recent years, Neiderman has even tackled a sequel series to Flowers itself. The world has changed since the Dollangangers were imprisoned in the attic and, he commented, “the biggest challenge for me now is where would she be if she were writing today?”

After spending so much time with the ideas of someone he’d never met, I wanted to know what Neiderman would ask Virginia Andrews if he had the chance. He points out how remarkable it was that Virginia Andrews pursued her dream of becoming a published writer for 40 years.

“I’d want to know how she overcame all of these obstacles,” he said. “Not just the physical ones. She was living in a house with a mother who was not encouraging. My parents encouraged me. […] I had family encouragement. My wife was a major factor in giving me the opportunity to keep going. She didn’t have any of that. If anything, her mother was a challenge to her work. How did she overcome all of that? How do you persevere? I would say that was her strength, her perseverance. […] You have to have that one ingredient or don’t even begin.”

Even if Virginia Andrews had only been the author of a single notorious book, perhaps that have been enough for her. However, she persevered through all kinds of hardship and she set the stage for an incomparable body of work. At the time, no one was writing the things she was. She was her own genre. Neiderman continues to produce two or three V.C. Andrews novels per year.  There have been 18 movie adaptations with Lifetime, with further adaptations to come.

It is an enviable afterlife.