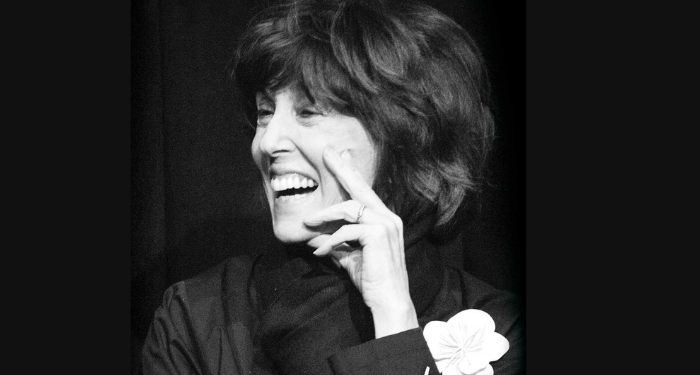 You may know who Nora Ephron was because of her movies — most likely her unofficial “trilogy” of When Harry Met Sally, Sleepless in Seattle, and You’ve Got Mail, but perhaps also Bewitched or Julie and Julia. Of course, you may have read one (or more) of her books, or be familiar with her through one of the many interesting people she was associated with — her sister Delia, her ex-husband Carl Bernstein, her playwright parents, or any number of Hollywood folks who worked with her and were her friends.

But who was Nora Ephron?

Born in New York City on May 19, 1941 to playwrights and screenwriters Phoebe and Henry Ephron, Nora and her three sisters grew up in Beverly Hills, California. (Her sister Hallie is a journalist and crime novelist, and sisters Delia and Amy are screenwriters.) Nora was named after the main character in Henrik Ibsen’s A Doll’s House. She attended Beverly Hills High School and dreamed of being the next Dorothy Parker, but a teacher inspired her to pursue a career in journalism and she graduated from Wellesley College in 1962 with a degree in political science.

After an internship at the White House, she applied for a job writing for Newsweek, but was informed that women were only allowed to be researchers, secretaries, and other support staff. She worked there as a mail girl but quit because she wanted to write. She later was a plaintiff in a class action lawsuit against Newsweek for sexual discrimination. That story is recounted in the book Good Girls Revolt: How the Women of Newsweek Sued Their Bosses and Changed the Workplace by Lynn Povich, which was adapted as an Amazon series (but unfortunately was canceled after one season).

She spent the rest of the 1960s and ’70s building a remarkable career. She wrote a satirical piece for Monocle making fun of The New York Post, and was promptly offered a job at the Post, who apparently had a sense of humor. She wrote for the Post for five years as a reporter, then landed a column at Esquire, where she famously wrote an essay about body image titled “A Few Words About Breasts.” During this time she married and divorced writer Dan Greenburg and then married Carl Bernstein, the journalist who had broken the Watergate scandal (Nora knew that Deep Throat was Mark Felt, and happily told absolutely anyone who asked, but was never believed). She and Bernstein had two sons before his affair with a married journalist ended their marriage; she wrote about it in her novel Heartburn, which he threatened to sue her over (but never did). While they were still married, they co-wrote a screenplay for All the President’s Men, which, while it was not ultimately used, kickstarted her Hollywood career.

In the 1980s, Nora co-wrote the movie Silkwood, published Heartburn and wrote the film adaptation, and wrote the screenplay for When Harry Met Sally, which was nominated for an Academy Award. She also married for the third time in 1987, to screenwriter Nicholas Pileggi, to whom she remained married until her death.

In the ’90s Ephron set her sights on directing as well as writing. She co-wrote (with sister Delia) a screenplay based on Meg Wolitzer’s book This is Your Life, which she directed as This is My Life (in one of the less savory details of Nora’s life, she was good friends with Woody Allen, and said she made this movie “for him”). She was then hired to rewrite the screenplay for Sleepless in Seattle, and convinced producers she should also direct. She brought Delia on for that film, as well, although she was not credited as a writer, only as a producer. They then wrote — and Nora directed — Mixed Nuts, a comedy starring Steve Martin, and updated the 1940 film The Shop Around the Corner (based on the 1937 Hungarian play Parfumerie by Miklós László) as 1998’s You’ve Got Mail, which Nora again directed.

Fun fact: Nora lived at the Apthorp apartment building on New York’s upper west side for many years; that building plays the role of the Arconia on Only Murders in the Building. (Emily Martin made a fabulous list of books to read if you love Only Murders.)

In the 2000s Nora wrote the screenplay for Hanging Up, directed Lucky Numbers (the only movie she directed but did not write), and wrote and directed Bewitched and Julie & Julia. She also published I Feel Bad About My Neck: And Other Thoughts on Being a Woman, a book of autobiographical essays, in 2006, the same year she was diagnosed with myelodysplasia, a blood cancer. She chose not to reveal her diagnosis for fear that it would stymie her career. Her second book of essays, I Remember Nothing, was published in 2010, and she died in 2012. A documentary about her life, titled Everything is Copy and directed by her son Jacob Bernstein, was released by HBO in 2015 and can be watched on HBO Max and Hulu.

Just about everyone who knew Nora Ephron described her as funny, warm, and absolutely brilliant. Her legacy lives on not just in her books and films, but also in the Tribeca Film Festival’s Nora Ephron Award, a cash prize given each year to a female writer or director with a distinct voice. The 2022 prize went to Michelle Garza Cervera for Huesera.

Books By and About Nora Ephron

Heartburn is a fictionalization of her marriage to Bernstein, and was adapted as a film (she did not write the screenplay).

I Feel Bad About My Neck was her first book of autobiographical essays.

I Remember Nothing was her second book of essays.

The Most of Nora Ephron was published posthumously and collected most of her writing in one volume.

Nora Ephron Collected is exactly what it sounds like, but please note that it was published in 1991, so it’s not very comprehensive.

Nora Ephron: A Biography by Kristin Marguerite Doidge was published in 2022 and is the most comprehensive biography of Nora Ephron.

I’ll Have What She’s Having by Erin Carlson is a biography that focuses specifically on her three romcoms: When Harry Met Sally, Sleepless in Seattle, and You’ve Got Mail.

She Made Me Laugh: My Friend Nora Ephron by Richard Cohen is what the author calls a third-person memoir, about his closest friend.

Nora Ephron: Everything is Copy by Liz Dance is a critical analysis of Ephron’s work.

She also wrote several pieces over the years for The New Yorker. I recommend her 2002 ode to the pastrami sandwich at Langer’s Deli, “A Sandwich.”