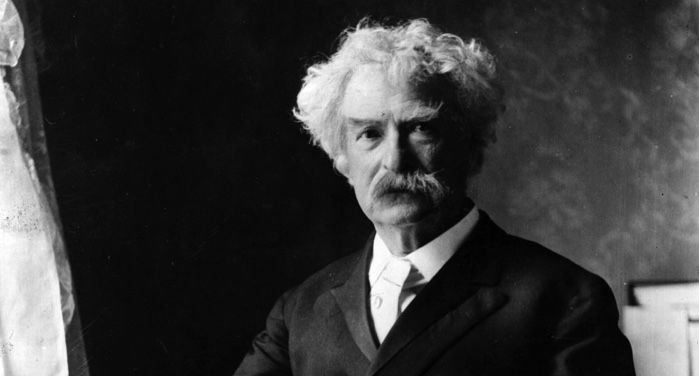 Many 19th century American authors earned their place in the literature canon, but none were more influential than Mark Twain. Writing during Reconstruction, he took on the issue of slavery from the white southern perspective. Want to learn more about this literary icon and who he was? Let’s jump right into the fascinating facts and circumstances of his life.

What is Mark Twain’s Real Name?

Who was Mark Twain? Not a real person. He was actually born Samuel Langhorne Clemens in 1835. The pseudonym Mark Twain first appeared at the end of a dispatch from Carson City to The Territorial Enterprise magazine on February 3, 1883. Why he decided to take on a pseudonym is still debated among Mark Twain scholars, but it seems likely that it allowed him greater freedom of expression than using his real name.

The meaning of Mark Twain comes from his days as a steamboat pilot. The term was used alongside quarter twain and half twain, water depth measurements steamboatmen called out at crucial points along the Mississippi River. Mark Twain means 12 depths, or two feet, meaning safe waters.

Samuel Langhorne Clemens grew up in Hannibal, Missouri, a Mississippi River town. It was in that unassuming town that he met many of the characters that would haunt his novels.

Where Was Mark Twain Born?

Mark Twain was born in Florida, Missouri, on November 30th, 1835. Halley’s Comet was just visible on the horizon on the night of his birth, and he later said its appearance gave his mother, Jane Clemens, hope that her sickly, premature baby would live.

Mark Twain died in Redding, Connecticut on April 21st, 1910, the same day Halley’s Comet reappeared in the sky. His daughter, Clara, was at his bedside, and she later recalled his last words to her: “Goodbye, dear, if we meet…”

Mark Twain was the sixth of seven children born to Jane and John Clemens. Only he, his sister, and two brothers lived to adulthood. He was closest to his younger brother Henry, whom Twain called his better self.

When Henry died in a steamboat accident in 1858, Twain blamed himself for not being there. It was the first of many tragedies that would touch his life and affect his future writings and relationship with God.

Samuel Clemens married Olivia Langdon on February 2, 1870. They had a son and three daughters together, but only their daughters lived to adulthood. Their daughters were named Susy, Clara, and Jean; only Clara outlived him.

His favorite daughter, Susy, died of spinal meningitis at age 24 while he was abroad on tour. Jean had an epileptic seizure while bathing and drowned on the morning of Christmas Eve 1909. These personal tragedies led to his later novels having deeply bitter and pessimistic undertones.

Mark Twain and his wife Olivia bought the five-acre plot of land on Farmington Avenue in 1873 and hired Edward Tuckerman Potter to build a unique house in the American Gothic style.

Twain’s home is now the Mark Twain Museum, showcasing the Clemens family home as it would have appeared during their lifetime. It has three floors and 19 rooms. The upper floor is where Samuel Clemens spent much of his time writing and entertaining friends.

Before Samuel Clemens became Mark Twain, he had many different jobs, including typesetting and steamboat piloting. When the Civil War broke out in 1861 and all commercial traffic on the Mississippi River halted, Sam joined a confederate militia group with his friends called the Marion Rangers. After spending a week in the woods never firing a shot, they disbanded.

While the rest of his friends joined the regular Confederate Army, Sam went west with his older brother, Orion, who had recently been awarded the position of Secretary to Nebraska Territory for his service to the Union.

In 1862, Twain moved to Virginia City and got his first job as a reporter at The Virginia City Territorial Enterprise, the most-read newspaper from Chicago to San Francisco.

After getting challenged to a duel he couldn’t win, Twain quickly moved to San Francisco and got another newspaper job at The Morning Call. He was let go a few months later for writing inflammatory anti-imperialist pieces about Theodore Roosevelt. This began the dark night period in his life that lasted several months and only lifted when a friend asked if he wanted to join him in the Sierra Foothills to try his hand at prospecting again.

After hearing an oral tale by a prospecting friend named Jim Smiley about a leaping frog, he wrote down the story and sent it to Artemis Ward, who liked the story and published it in The Saturday Press. His prospecting days came to an end when he received an assignment from The Sacramento Union to visit Hawaii and write back about what he saw there. This was his first time outside the U.S. and was the first of many overseas assignments.

The Quaker City World Tour of 1867

In June 1867, Mark Twain set sail on a five-month voyage to the Holy Land, which stopped in several major ports along the Mediterranean. The Alta California and two New York papers were paying him to send back dispatches about the trip. In his typical fashion, the dispatches display his biting, dry wit and observations about the animals and people around him. He met Charley Langdon on this trip, who would later introduce him to his sister Olivia Langdon. Twain collected his dispatches to write his first travel book in 1869 called The Innocents Abroad.

What is Mark Twain Known For?

In the 1880s, he started his own publishing company called Charles, Warner & Co, which printed his work and biographies of famous figures like Ulysses Grant, Pope Leo XIII, and Elizabeth Custer, General Custer’s wife.

Although some of Mark Twain’s novels are more renowned than others, each has earned its place in the American literary canon. 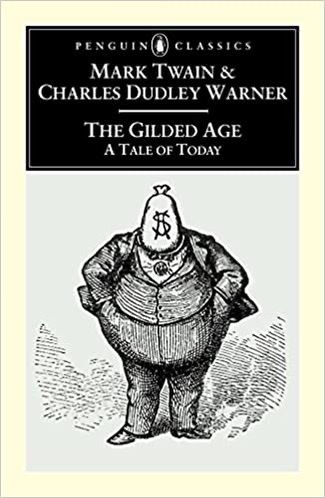 Twain and Charles Dudley Warner collaborated on this political satire about corruption and greed in Reconstruction-era America. Although it’s one of his lesser-known works now, it was well-received by readers when it was published in 1873. 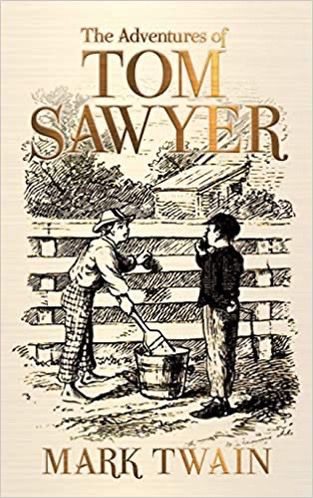 The Adventures of Tom Sawyer By Mark Twain

Tom Sawyer is equal parts coming-of-age tale and comical social commentary. Tom gets into all sorts of trouble with his friends as they try to solve a murder. The novel is based in a fictional town closely resembling Hannibal, Missouri, where Clemens grew up. It sold well when Twain published it in 1876. 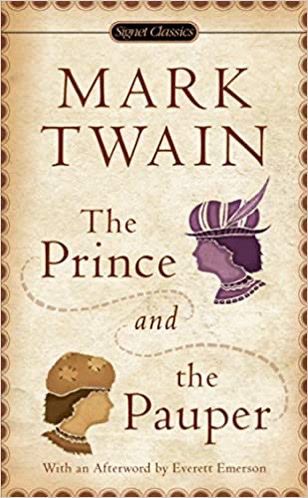 The Prince and the Pauper by Mark Twain

Tom Canty lives in the London slums. Prince Edward Tudor is heir to the throne. When they meet by chance and switch roles, each finds themselves lost in an unknown world. 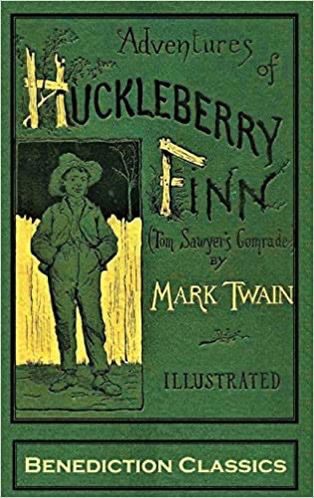 Huck is a white boy running from his father. Jim is a enslaved Black man running from his master. Twain wrote this novel in southern slang and didn’t hold back when describing the horrors of slavery. It is considered one of the most important books ever written in English.

The Adventures of Huckleberry Finn was not well-received by the general public and banned from most libraries due to its rough language. 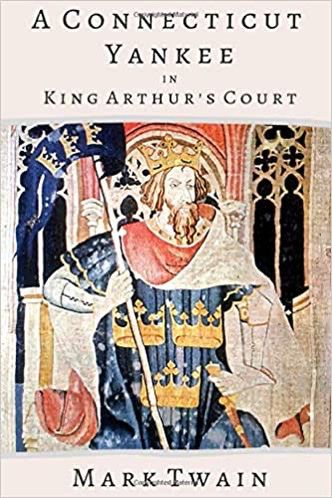 A Connecticut Yankee in King Arthur’s Court by Mark Twain

Hank Morgan is a Yankee engineer who finds himself in 6th century England. He decides to make the most of his situation and uses his scientific knowledge to convince those at the court to adopt new inventions. His attempt at reforming medieval England backfires, and chaos ensues. Twain shows the dark side of progress in this dystopian novel.

Before writing this novel, it took him an average of 18 months to write and publish a new book. A Connecticut Yankee took four years. Twain thought this novel would be his retirement from writing full-length fiction, but financial ruin forced him to take up his pen again. 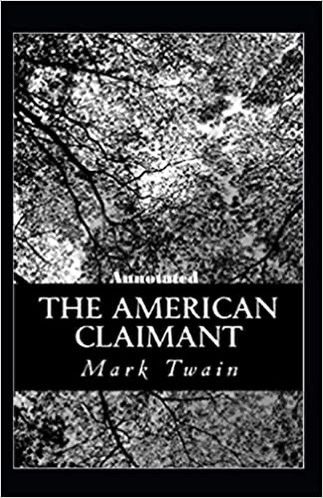 The American Claimant By Mark Twain

This is the first novel written after Twain announced his retirement from novel writing in 1889. He was financially forced to continue working when his investment in the Paige Compositor went bust in the 1890s. This novel bursts with his signature humor, with multiple mistaken identities, witty characters, and political undertones. He had it published in 1892, but it did not sell as well as he hoped. 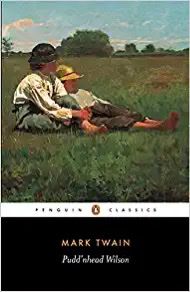 The Tragedy of Puddn’head Wilson by Mark Twain

Puddn’head Wilson begins with a young enslaved woman switching her light-skinned child with the master’s son. As the story progresses, the children grow up in their switched social roles. The child raised in slavery shows kindness to all and a goodness of spirit, while the master’s “son” is cruel and cold to those around him. It then becomes a question of nature versus nurture and the corrupting nature of slavery on the human spirit.

Twain uses the theme of mixed identity to undermine the notion of racial superiority. 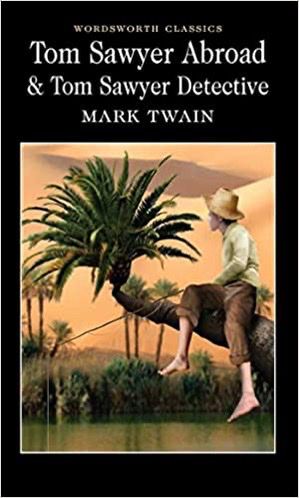 Tom Sawyer Abroad finds Tom, Huck, and Jim on an overseas adventure searching for lions and Bedouins in the Sahara outback. Twain retraces his steps from the Holy Land tour he went on in 1867.

In Tom Sawyer, Detective Tom is back in Missouri to solve a murder mystery involving stolen diamonds and identical twins. 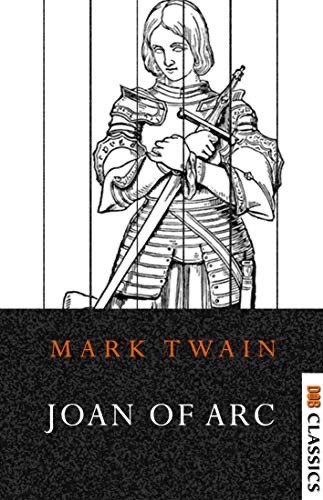 Personal Recollections of Joan of Arc By Mark Twain

This novel tells the story of Twain’s favorite historical figure. Twain considered it his best novel and spent more time on it than any other. According to him, it took 12 years to research and two years to write. He published it in 1896. 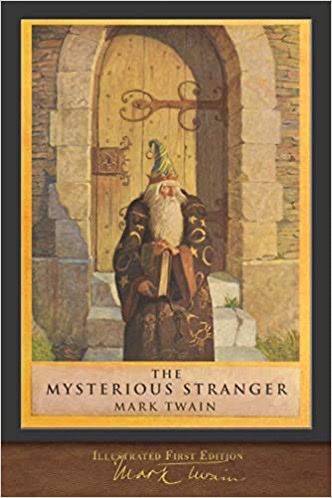 The Mysterious Stranger By Mark Twain

Mark Twain wrote this historical comic-drama from 1897 to 1908. It follows three boys living in a remote Austrian village in 1590. Theodor, the village organist’s son, narrates the story.

Twain never completed the manuscript. It was published after his death in 1916.

Twain wrote several autobiographical books. The first, Roughing It, follows his years in Nebraska and the western territories. Life on the Mississippi explores southern life and his years as a steamboat pilot. He dictated his autobiography to Albert Bigelow Paine shortly before his death, titling it The Autobiography of Mark Twain.

Explore More About This Literary Legend at Book Riot!