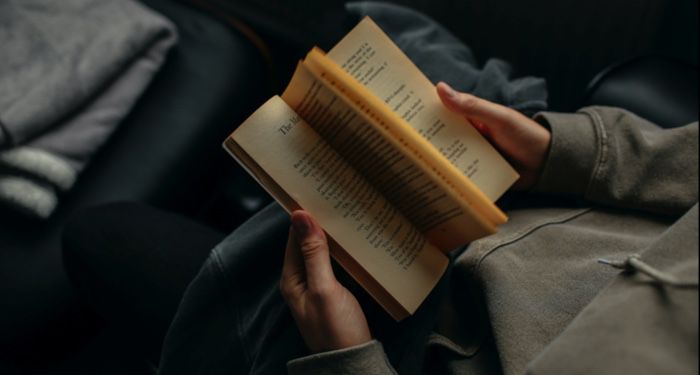 When I was a senior in high school in 2006, our French teacher, Mrs. Silvia, assigned us Eugene Ionesco’s 1959 play Rhinocéros. We were proud of ourselves for translating and understanding it at all, but probably missed some of the symbolism. All the humans in the play, except for the protagonist, eventually transform into rhinoceroses. Some critics consider the play an allegory for the rise of fascism. Others view it primarily as an example of the Theater of the Absurd. Did the use of the rhinoceros mean anything? Or, if it was an Absurdist play, did it suggest that life has no meaning? The play was so bizarre that I agreed with both of these contradictory interpretations equally.

Mrs. Silvia said that, in her opinion, literary criticism of Ionesco had proliferated after his death, once he was no longer able to contradict critics’ interpretations. This intrigued me because it was the opposite of my English teachers’ views on literary criticism. If an author gave an opinion on their own work, published decades earlier, many people still wouldn’t consider it definitive. Her words raised a question I still ask myself: Who creates meaning in fiction—authors, readers, or both? I believe that both play a role. As both a fiction and critical writer, it’s been a challenging question for me.

My high school English teachers focused on New Criticism, where readers interpret texts through close readings, more than from outside knowledge. I liked the creative interpretations and focus on textual analysis. To New Critics, meanings should be found in the text, not in speculating on authors’ thoughts and lives. I agreed with that, but some teachers ignored literal meanings and historical context entirely. One wrote on a blackboard that the One Ring in The Lord of the Rings symbolizes the atom bomb. This irritated a friend and me because Tolkien started writing about Middle-earth decades before World War II. Theories like this can intimidate students, making them view books as secret codes to decipher, or consider the teacher’s subjective opinion the “real” meaning.

In college, I read another text that changed how I think about narrative: Roland Barthes’s essay “The Death of the Author.” While reading a short story by Honoré de Balzac, Barthes asks, “Qui parle?” This is French for “Who is speaking?” (sometimes translated as “Who is speaking thus?”) Barthes distinguishes the narrative voice from the author as a person and the narrator as a separate character.

Barthes’s question seemed like a revelation to me. As a reader and as a writer, I constantly ask myself, “Who is speaking like this?” Among some writers and critics, first-person fictional narrators have become less popular lately. I understand the limits of this point of view, but its apparent drop in popularity doesn’t faze me. So far, all three of my published stories have had first-person protagonists as narrators. A completely objective, all-knowing narrator would be impossible, which is why I find omniscient third the hardest to write.

Jared Green, my creative writing and English professor in college, helped me refine my fiction and critical writing. I wrote stories in his creative writing classes that were published years later. He asked me, about the villain of my best story, “Why do we hate him already?” It was a perceptive question that improved my story considerably. I was viewing the villain from my own perspective as the author, not as my protagonist would have seen him so early in the narrative. So, even when I tried to write fiction in first person, some of my own opinions would still come through.

When I can’t get into a book I’m reading, I often experience a similar dilemma. The narrator might know way too much or too little. Either can make a story confusing or unconvincing. I sometimes struggle to connect with a book because, like Barthes, I can’t pinpoint who the narrator is or why they’re telling this story. Characters’ inner monologues and telling stories to other characters are two devices that have been used countless times, but they can still be original.

Some readers use the phrase “death of the author” in an attempt to “separate the art from the artist” in an ethical sense. However, Barthes’s argument is about meaning and interpretation, not morality. “Death of the author” does not mean anything like “this author is dead to me because they’re bigoted.” Interpretation becomes complicated when authors’ work apparently contradicts their stated values. However, when both are equally offensive, it’s easier to stop supporting them. I think this is especially true when the author is still alive and profiting from harmful work.

Having perceptive teachers, and reading Ionesco and Barthes, helped me sharpen my perspective as a writer.  Publishing my work can feel like giving up control over it. This can be scary, but to quote one of my favorite books on writing, Making Shapely Fiction by Jerome Stern: “Writers can’t follow their stories around and explain them.” The best stories are often ambiguous and are more experiences than ideas or arguments. Knowing that even the author’s interpretation of a story isn’t the only one makes literature fascinating.

More from Our Reading Lives:

How My Reading Journal Accidentally Became A Plague Diary

PhD Student of Literature: I Don’t Remember the Last Time I Enjoyed a Book