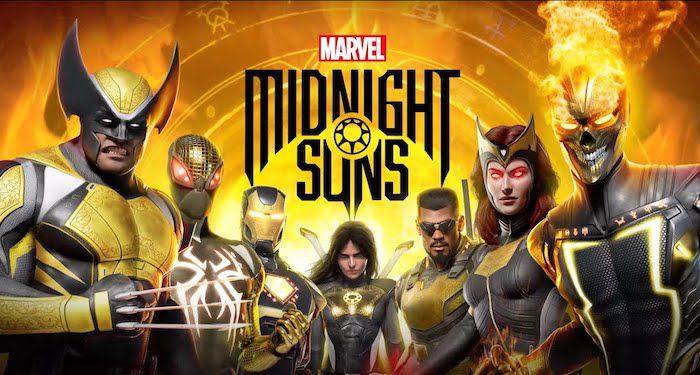 Firaxis Games’s turn-based tactical combat game, Marvel’s Midnight Suns, was released on December 2. Styled similarly to the XCOM franchise, with players moving characters around the map turn-by-turn, trying to accomplish objectives and defeat the enemy. But let’s face it, the Midnight Sons aren’t exactly a household name like the X-Men or Avengers. Who are Marvel’s Midnight Suns?

Note: The comics team is called Midnight Sons, while the game is Marvel’s Midnight Suns. For clarity, I’ll be referring to them as Midnight Suns throughout the rest of this piece.

The team first appeared in full in 1992 in the pages of Ghost Rider #31. That original team consisted Ghost Rider (Danny Ketch), Johnny Blaze (not as a Ghost Rider), Morbius, Blade, Frank Drake, Hannibal King, Vicki Montesi, Louise Hastings, and Sam Buchanan. It’s okay if you don’t know all of those names; there won’t be a test later. This team resulted from a string of crossovers between Morbius, Ghost Rider, and Nightstalkers, among others.

There had long been a cadre of magical and supernatural heroes and villains in the Marvel Universe. For the first time, however, those characters were coming together as a team and really being recognized as a family of characters. It was cool and dark and while it may sound strange now, this was the ’90s. You could print a telephone book as a comic and it would have sold lots of copies.

Even if you only know the Marvel Cinematic Universe and other films, you’ve heard of some of these characters. Blade had one great movie (we don’t talk about the others), and Mahershala Ali is set to take on that character in the MCU. Ghost Rider made an appearance in Agents of S.H.I.E.L.D. And Morbius recently had a really great meme.

Other characters have spent time fighting supernatural baddies as part of Marvel’s Midnight Suns over the years. Doctor Strange, naturally, as the Sorcerer Supreme. The Hood, Frank Castle, Wong, Moon Knight, Iron Fist, and numerous characters that are largely only known to diligent comics readers.

Recently, a team consisting of Blade, Magik, Wolverine, Kushala the Spirit Rider, Nico Minoru, and Zoe Laveau came together as the Midnight Suns starting in a miniseries back in September. Granted, this might be to help promote the upcoming game, but it’s a fun team.

Looking for some books to read before you dive into the turn-based combat game? Check out these books for the best of Marvel’s Midnight Suns. 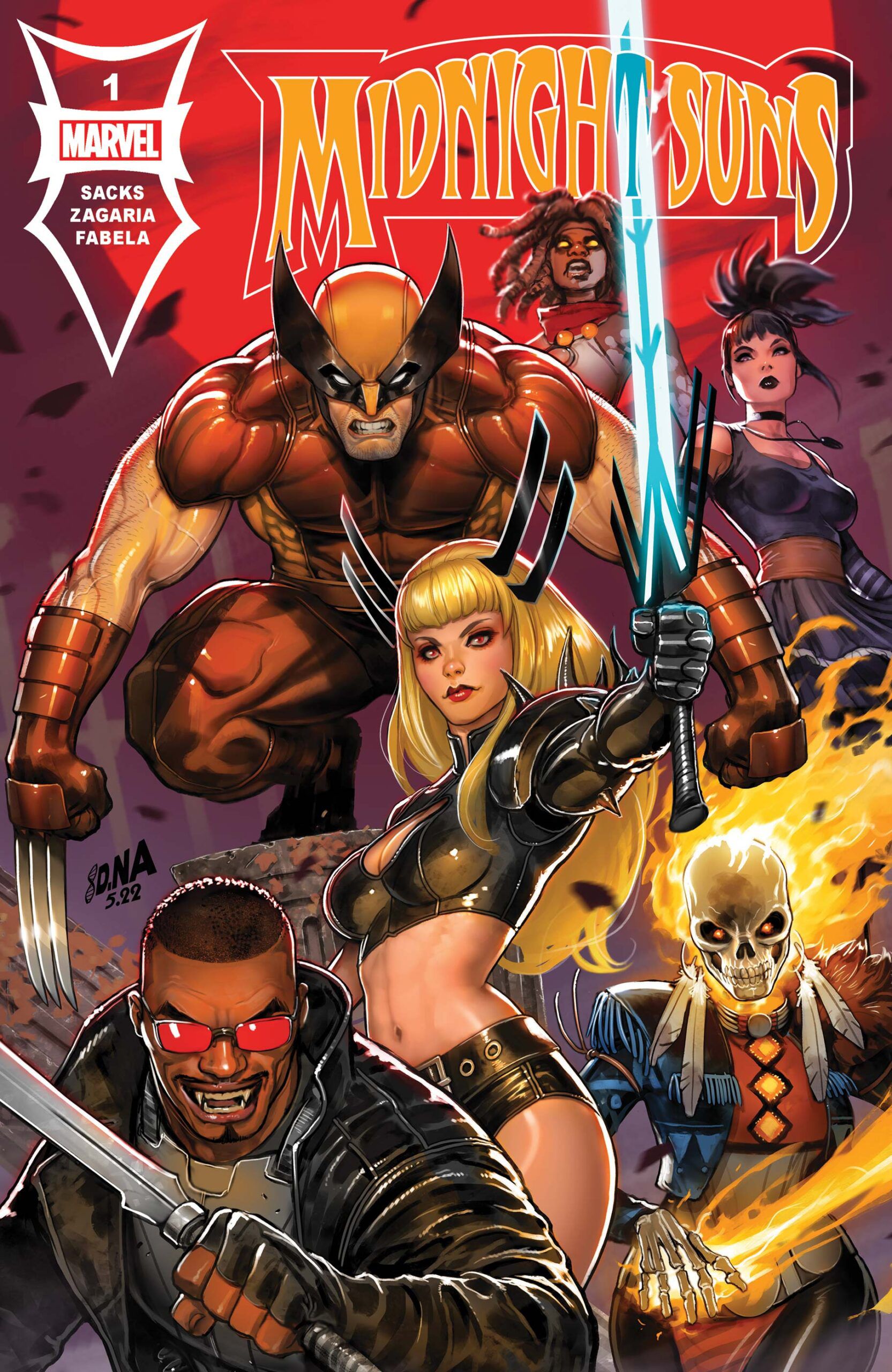 The most recent Midnight Suns is set to end with issue #5 in January, and it’s a fun ride. 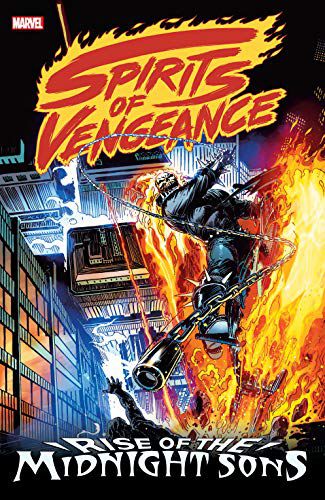 Spirits Of Vengeance: Rise Of The Midnight Sons by S.D. Perry and J.D. Jackson

Hey, I was just talking about this. Herein lies the origin story of our supernatural loners trying to work together for the first time. A present and former Ghost Rider, a living vampire, and a vampire hunter. Sounds like the setup for a joke, but it’s a great team and read. 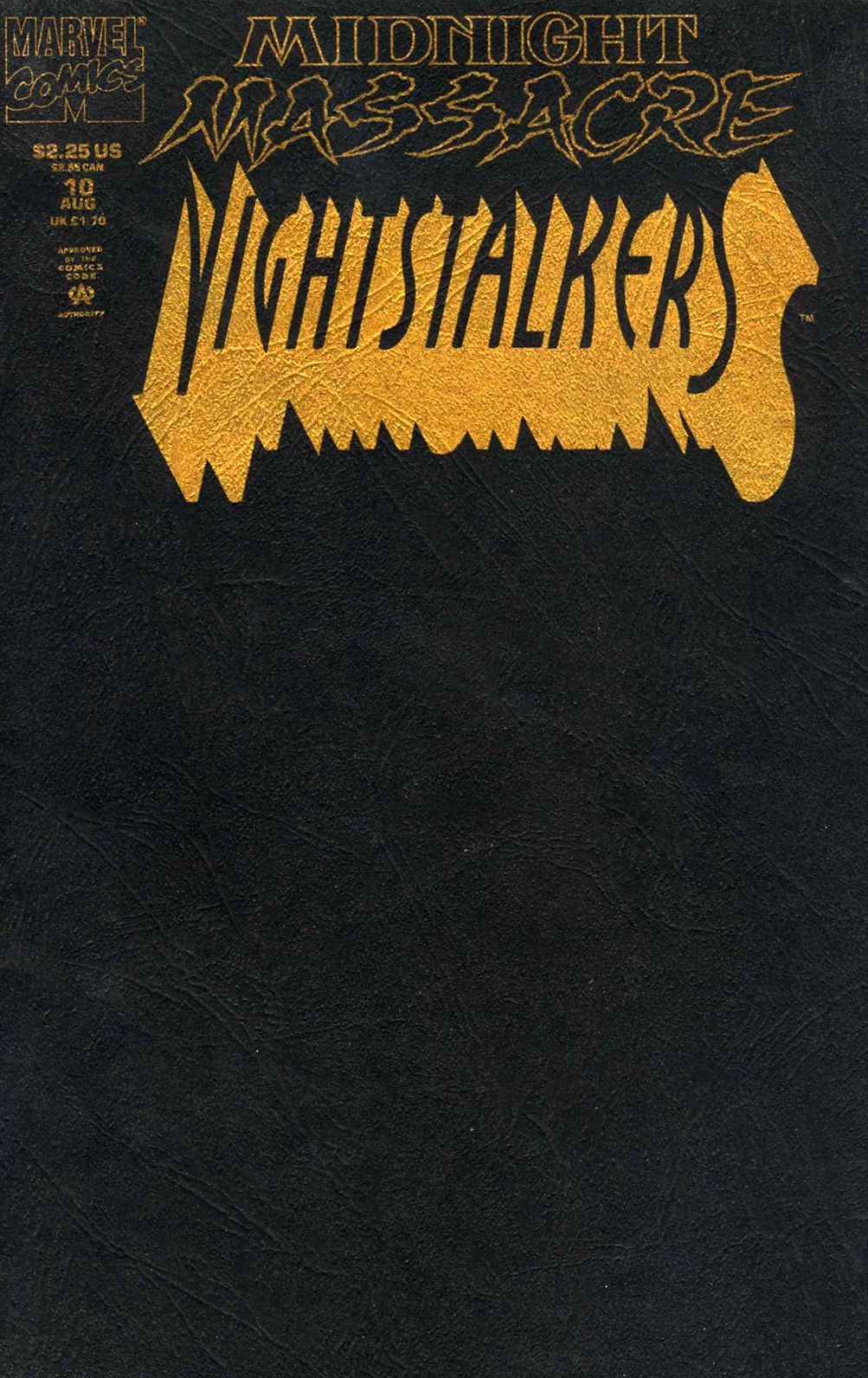 Sadly, you won’t find a collection of this story to purchase at this moment. You can, however, find these issues from 1993 on Marvel Unlimited. Blade receives a mysterious letter from Darkhold Dwarf and proceeds to go on a rampage against the occult. But how far is too far? When does the hunter become the monster? 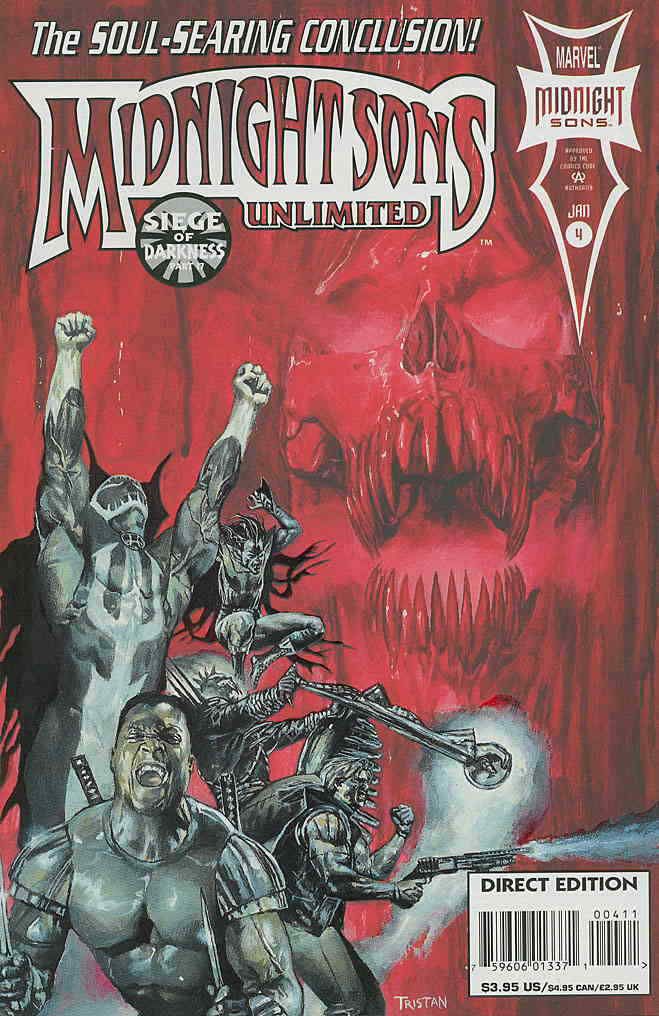 Like Midnight Massacre, there’s no collection of this story in print, so head to Marvel Unlimited! This story really feels like the culmination of the original Midnight Suns team-up. The unholy combination of Zarathos and Lilith threatens everything, and only a cohesive team of the Midnight Suns has any chance of stopping them.

With all of these heroes (and some villains or anti-heroes) to choose from, who made the final roster in the upcoming Marvel’s Midnight Suns game? The confirmed list from Firaxis Games includes: Blade, Captain America, Captain Marvel, Deadpool, Doctor Strange, Ghost Rider, Iron Man, Magik, Morbius, Nico Minoru, Scarlet Witch, Spider-Man, Venom, and Wolverine. Adding to that list is a new, customizable hero simply called The Hunter.

Marvel and Firaxis Games are obviously choosing their characters to maximize sales. Iron Man and Captain America on the Midnight Suns? That doesn’t even make sense. But the vast majority of these characters have appeared in movies or TV recently, so they’re included. Either way, if you’re a fan of turned-based tactic, it should be fun and this eclectic Marvel roster will add even more entertainment.

Those are Marvel’s Midnight Suns, on the page and in the game. Personally, I wish some more obscure and supernatural characters had made it into the game. Maybe they’ll have cameos. Who do you want to see?