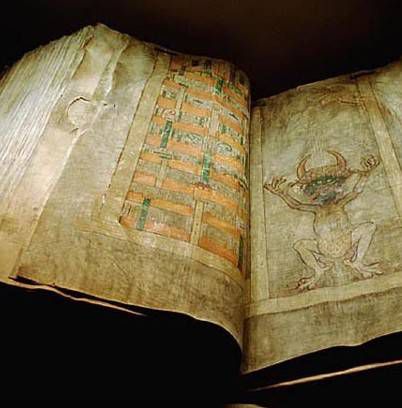 In the last three weeks there have been no less than three white-washing visuals released from major studios. Tilda Swinton, Scarlett Johansson, Elizabeth Banks. When the Doctor Strange trailer dropped, so did my stomach after watching it. The trailer was awash (get it) in pan-Asian imagery… but there wasn’t an actual Asian person to be found.

I have deleted no less than five separate introductions to this piece. What can I write that won’t immediately piss off longtime comics readers? How do I appeal to a person’s sense of empathy? What can I possibly say to make you understand that this is not an attack on your favorite character? What this is, actually, is a plea for humanization.

I’ve talked a lot about what representation means. Like, a lot. But, it’s hard thing to understand when you’ve never experienced not having it. Time after time, study after study, tells us that more diversity in a cast leads to more money. So why is it, then, that Hollywood continues to say that and act as if white people are the only bankable movie stars?

Yes, what we see on screen in the trailer… that is the history of the character Doctor Strange. Doctor Strange’s first appearance was in 1963. The United States still considered bi-racial relationships illegal until 1967. The history of these characters are steeped in the racism and exclusion that existed and continues to exist in our culture. Strange was released at a time when the best representation people of color could hope for were characters and stories full of stereotypes. The best we could get was hints of our culture adopted and presented by white characters because this country had (and has) told us time and time again that our stories don’t matter. That our faces don’t matter. That we don’t matter.

I know that the people who only want accuracy and the character they grew up with will be angry about this. No one wants to attach the word “racist” to a thing they love. But look at Marvel’s backtracking with Tilda Swinton’s casting as The Ancient One. “She’s Celtic!” they cried, a few short hours after telling us that they couldn’t possibly cast a Tibetan person, because China. They’re asking us to ignore the references to chakras, ignore the Asian-inspired-buildings, ignore the monk-like costume a bald Tilda sports while she trains Benedict Cumberbatch in what looks to be the simulation from that I-know-Kung-Fu-scene in The Matrix. People think we should be happy that this racist caricature is being taken over by a white woman because that is so subversive. Subversive would be updating the story to make sense in 2016. The movie’s going to take place in 2016, not in 1963. Most of our favorite origin stories didn’t have the cultural or historical context that allowed for authentic storytelling. These stories are constantly evolving within the comics — Punisher went from being a Vietnam vet to a veteran of the war in Afghanistan on Netflix. They update other stories and other characters. Why are they so afraid of updating the culturally appropriative and racist ones*?

This is a time honored Hollywood tradition, mind you, so I sort of get it.

I’m focusing a lot on Doctor Strange. Ghost in the Shell went the other way. We had a Japanese character in a very Japanese story, and now she’s going to be played by a white woman. Are we “allowed” to be angry about this? On the surface, it sounds like I’m arguing for change in one breath and consistency the other… but that’s not the discussion. It’s not change vs. canon. It’s authenticity vs. white-washing. It’s been said better than I can how inherently Japanese the story of Ghost in the Shell is. With news of the filmmakers attempting to use cgi to make their actors look more Asian, they clearly realize that casting white actors in these roles was a problematic move.

This white-washing problem is pervasive. It’s not just ScarJo, it’s Aloha, it’s Gods of Egypt, it’s Noah, it’s The Social Network, it’s Cloud Atlas, it’s Dragon Ball Z, it’s Avatar: The Last Airbender, it’s everywhere. This month, to kick off Asian American and Pacific Islander Heritage Month, Nerds of Color has planned a concerted effort to come for Hollywood producers and casting agents and their white-washing called #whitewashedOUT. Every Tuesday in May, the campaign will run with a Twitter chat between Keith Chow (Founder/Editor of Nerds of Color) and Ellen Oh (President of We Need Diverse Books). I’ll be there and I hope you will be, too.

*When we are asking for change, we’re asking for authenticity. We don’t want that fear of change to be the reason why we are not getting better representation.