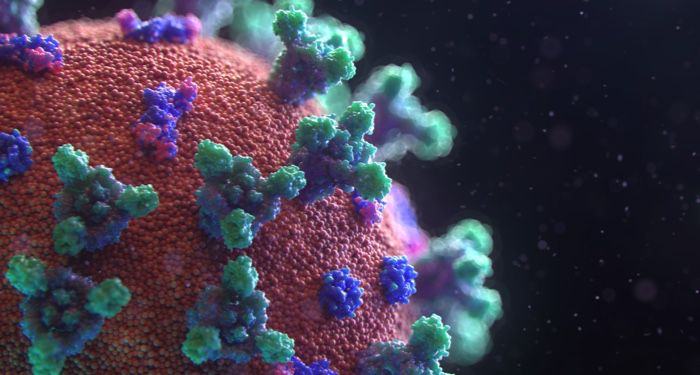 If Contagion is The Movie of the COVID-19 pandemic, The Plague is The Novel. Albert Camus’s 1947 book, about an Algerian town that is quarantined after being mysteriously assailed by plague, has become popular among French readers, for instance. Kevin Chong’s 2018 retelling transposes the action to Vancouver, and hits many of the same story beats.

Of course, neither is a perfect match for the coronavirus. In both novels a single city is the only one affected, which enhances internal solidarity yet limits international understanding. In both novels the infection is carried by bacteria rather than a virus.

Yet these books also touch on many aspects that are now grimly familiar. Here’s a rundown of those aspects, and how strongly each book resonates with the recent/current reality.

Both Camus and Chong express the tricky balance between taking a threat seriously and overreacting, given limited resources and public patience. Camus’s The Plague has a tense early scene between medical professionals, where one advocates a wait-and-see policy and the other wants an emergency declaration to be issued immediately. Chong’s version includes a public health agency that drags its feet, which is sadly familiar from the COVID-19 response in Brazil, Russia, the U.S., and other countries: “The number of deaths, obfuscated in news coverage, had been severe. Still, the Health Authority hesitated to order the proper number of early-detection kits.”

Verdict: Draw. The main doctor character in each book pushes to sound the alarm, and is frustrated by the sluggishness of policymakers. Both novels get at the challenging line between alarmism and prudence.

It makes a massive difference that Camus’s book is set in a pre-internet era (although even now much of the world lacks reliable high-speed internet access). Poignantly, separated loved ones are barred from exchanging letters, given the possibility of surfaces spreading infection. Other forms of communication are also off-limits:

“At first, telephone calls to other towns were allowed, but this led to such crowding of the telephone booths and delays on the lines that for some days they were also prohibited, and thereafter limited to what were called “urgent cases,” such as deaths, marriages, and births. So we had to fall back on telegrams. People linked together by friendship, affection, or physical love found themselves reduced to hunting for tokens of their past communion within the compass of a ten-word telegram. And since, in practice, the phrases one can use in a telegram are quickly exhausted, long lives passed side by side, or passionate yearnings, soon declined to the exchange of such trite formulas as: “Am well. Always thinking of you. Love.””

The trite inadequacies of these telegram formulas are perhaps mirrored by the limitations of emojis today.

Chong, on the other hand, gets across present-day reliance on smartphones, and even the way the ubiquity of messaging apps can make responding feel like a chore. One character reflects that “the effort of staying in touch and the affections stirred by seeing an old friend’s name appear on your screen before you messaged them to postpone felt more friendship-affirming than actual socializing.” Some of his Vancouverites also embrace a gallows humor about the illness, akin to the anxious humor animating many people’s experiences of COVID-19.

Verdict: Chong. It’s hardly fair, given that Camus’s novel was written in the ’40s; inevitably Chong’s phone-laced version will seem more pertinent today. Still, the 1947 book expresses the difficulty of communicating from the heart no matter what the medium is, and this is universal.

The cinemas in Oran, the setting of Camus’s The Plague, are among the businesses to do well during the epidemic. Even once they exhaust their offerings, they simply pool their resources and swap movies.

In Chong’s Vancouver, during the early days, “It was imperative for anxiety to be cloaked as an adventure. A local repertory cinema scheduled an impromp­tu selection of apocalyptic films, which ranged from Vincent Price’s Last Man on Earth to Edgar Wright’s Shaun of the Dead, from camp to comedy…No one would char­acterize this period as ‘fun,’ but there was a heightened feeling in every Vancouverite’s actions. A trip to the store to buy milk felt eventful. People said goodbye with tongue-in-cheek final gestures.” DIY also becomes a popular hobby in Vancouver, mirroring the resurgent popularity of gardening, baking, and other home projects amidst the COVID-19 pandemic.

What’s surprising, though, is that a visiting opera company from Guangzhou, which is trapped in Vancouver during the quarantine, continues to perform. Eventually, underground performance spaces open as well.

Camus’s journalist character is perhaps the least opportunistic journalist ever. Unexpectedly stuck in the world’s only plague-affected city, he immediately tries to leave town, rather than staying and covering a near-exclusive story.

In contrast, the reporter in Chong’s The Plague throws himself into work, as do others. Companies get in touch with him in search of publicity. An online news company tries to poach him from his failing paper. Yet even this reporter can’t make the finances work, and is eventually forced to leave journalism.

Verdict: Chong. Assailed by waning advertising revenue even as news consumption skyrockets, in a media landscape where journalists are outnumbered by publicists, the media landscape of Chong’s novel is similar to the COVID-19 context.

In Oran, peppermint lozenges and alcohol are believed to ward off contagion. In Vancouver, rumors fly about the plague being manufactured in a lab in a government plot to reduce the population. Both reflect the heightening of anxieties (about gentrification, poverty, etc.) that existed pre-plague.

Verdict: Draw. Both books were horribly clear-eyed about the types of rumors that would fly about the causes and cures of an epidemic (although these are amplified by the internet in Chong’s book).

In both cases the months of quarantine lead to some complacency; it’s hard for health workers and others to keep up all the precautions.

The Vancouverites cling to routine wherever possible. They become so dulled by expectation that eventually a vaccine is launched to an apathetic response.

The Oran residents swiftly learn to not look too far ahead. Given the uncertainty about how long the quarantine will last, they find it easier not to speculate. Instead they focus on pulling themselves through the grinding day-to-day.

As Camus writes: “The truth is that nothing is less sensational than pestilence, and by reason of their very duration great misfortunes are monotonous. In the memories of those who lived through them, the grim days of plague do not stand out like vivid flames, ravenous and inextinguishable, beaconing a troubled sky, but rather like the slow, deliberate progress of some monstrous thing crushing out all upon its path.”

Verdict: Camus. The original The Plague captures in elegant language the tedium that sets in even amid constant tragedy. And it’s hard to imagine a vaccine being treated as an anticlimax, as it is Chong’s novel.

Hardworking aid groups spring up in both cities, bringing together volunteers with varied skills and partly making up for the deficits of government action. The purposeful activity actually makes some people feel happier and more connected than they did pre-crisis.

On the other hand, the volunteers in Vancouver are matched in number by the people who take advantage of the plague to attack and defraud others. Yet crime rates in many locations are down during the COVID-19 lockdowns—a slightly more hopeful scenario than Chong’s.

Verdict: Camus. While he doesn’t engage with uncomfortable “hero” rhetoric the way that Chong does so successfully, his vision of law and order and the difficulties of smuggling are perhaps more similar to what’s been happening with COVID-19.

This is a biggie. For one thing, Camus’s book is completely unaware of and uninterested in women, whether in terms of characters or metaphors. Unlike in the original, women actually play a role in Chong’s story. We know something about the doctor’s mother, for instance, other than her penchant for cleaning, cooking, and worrying about her son. And women, including queer women, are active in moving the story along and responding to the plague as characters.

More generally, it isn’t assumed that the plague affects all people equally. Chong acknowledges the unrepresentativeness of his characters, who “represent a distinct band of the population—they are well-educated and middle-class.” Reflecting the diversity of Vancouver, where whites are not the majority, Chong’s characters are racially mixed and mix with other races. Many are Asian.

Astonishingly, although Camus’s novel is set in Algeria, it appears to lack Algerian characters. To experience a version of an infection crisis in which a minority group is treated as the only one that matters is insulting on both a narrative level and a public health level. It also makes it hard to take seriously the third person plural perspective that both books occasionally, and awkwardly, slip into. When “we” are represented by a sliver of the city’s population, “we” are unconvinced. This is especially true as Camus’s The Plague has what may be the least surprising narrator reveal of any novel. It’s obvious from very early on who is hiding behind the “we.”

The sudden imposition of quarantine in Oran causes many desperate people to beg the officials to make exceptions. COVID-19 has indeed shown how challenging it is for many people to adhere to social-distancing guidance. Multiple countries have had scandals involving officials who were found to have breached lockdown rules. These have shown the public’s limited patience for high-profile exceptions (although in reality it seems very common for the public to be deviating from the rules in small ways). Rambert, a journalist in Camus’s novel who wants to escape the quarantine to reach his girlfriend, argues that emotional wellbeing matters as well as physical wellbeing, and individuals matter as much as the collective: “But public welfare is merely the sum total of the private welfares of each of us.”

Chong’s novel articulates how hard it can be to stick to the new normal. His characters start waving at hip level, instead of shaking hands. Later, “Out of habit, they forgot not to shake hands. There was something unpracticed about the gesture for each of them. Siddhu apologized for applying hand sanitizer afterward.”

Aligning with the talk these days of skin hunger and the psychological toll of physical separation, Chong’s version captures the awkwardness of enshrining new rituals (does anyone still bump elbows, or is that a quaint relic from the early days of the pandemic?) and the longing for easy physicality.

Verdict: Draw. Each novel captures something important and specific about the difficulty of behavioral change.

Despite being over 70 years old, Camus’s The Plague sensitively portrays many enduring elements of relationship and psychological strain caused by infection. And despite being little known, Chong’s The Plague is useful for understanding the social, political, and economic upheaval associated with the spread of infection. Both are resonant reading for these times.