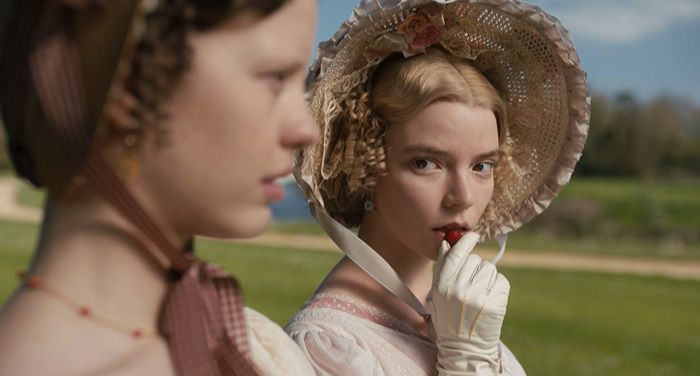 Have you ever read a book and wondered what character you might be? If you have checked out the latest movie adaptation of Jane Austen’s Emma (after reading the book, of course), you might have been left wondering where you would fit in the Jane Austen universe. Well, wonder no more! Find out below which Emma character you are based on your zodiac sign.

(Note that these comparisons are based on the characters’ personality traits and not their actual zodiac signs.) 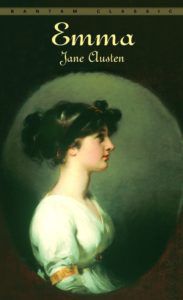 Since she is used to leading dances and exploring parties, it’s appropriate that Emma herself leads the zodiac. Aries is bold, straightforward, and confident, which easily describes our busybody heroine. Aries make excellent leaders due to their cheerful optimism, but they can also be impulsive. (For example, they might speak without thinking and hurt an old, poor neighbor’s feelings.) Miss Woodhouse is a complex character, however, so don’t be surprised if she appears on this list more than once.

Mr. Elton’s second-choice wife is one of the most entertaining characters in Emma. She, like Taurus, is characterized by ambition, focus, and resilience. How she chooses to channel these properties is hilarious, but she definitely has them. Whether it’s forcing her patronage on poor Jane Fairfax, or the act of securing her “caro sposo” in the first place, Mrs. Elton (and Taurus) are not afraid of hard work when there is sufficient reward to be gained. On the other hand, Taurus likes to be pampered and would be very happy to lounge in a spa or garden all day. Obviously, so would Augusta.

The titular character from Emma embodies many of the characteristics of Gemini. Like Miss Woodhouse, Gemini is a social butterfly who juggles hobbies, passions, engagements, and intellectual pursuits. Playful and creative, it can get bored easily without a new project—much like Emma just had to make matches. Luckily, her story ended with our heroine having plenty to manage as mistress of two great estates!

Like Miss Fairfax, Cancer has a hard exterior and seems cold or distant—until you get to know them. Underneath their tough outer shell, they’re gentle and happy to lead a quiet home life. Cancer invests deeply in those they love, which can lead to heartache like what Jane Fairfax suffered at the hands of Frank Churchill. When hurt or threatened, they respond with passive-aggressive actions instead of talking about their feelings. For example, they might take a governess position in a distant county. It’s a good thing Frank Churchill got himself together in time, because Cancer is not a trusting sign.

If there is a character in Emma who is the essence of Leo, it’s Frank Churchill. Leo likes to be the center of attention. It is passionate, brave, and theatrical. Notice how Frank didn’t hesitate to rescue Harriet from attackers (brave), but put on such petty shows of affection for Emma that he hurt his true love in the process (theatrical). Leo’s major flaw is pride. Likewise, Frank almost ruined all of his own hopes because his ego was bruised.

Like Mr. Knightley, Virgo is logical, kind, and practical. These aspects of his character were apparent in his empathy for minor characters like Miss Bates and Robert Martin, as well as in his frequent counters to Emma’s behavior. Virgo is also a problem solver. It looks for ways to improve the world around it, as when dear sweet Mr. Knightley came up with the perfect compromise for marrying Emma without upsetting fussy old Mr. Woodhouse.

Libra is about balance and symmetry. It often seeks out relationships as spaces in which to find the harmony it craves. The character most representative of Libra is Harriet, who spent much of the story trying to find her other half. Libra are also people pleasers, which explains why Harriet allowed Emma to persuade her in and out of so many matches.

Mr. Elton is arguably one of the most important characters in Emma. He propels the plot forward in several subtle ways. We don’t get a sense of his true nature at first because Scorpio is a mysterious sign. Clever and calculating, Scorpio knows how to get what it wants. After failing in his efforts to secure Emma and her dowry, Elton quickly marries another woman and gains the status and attention he wanted. Scorpio can be controlling as well, which is why Augusta was a much better match for Elton than Emma would’ve been.

Sagittarius is adventurous and engaging like former sea captain Mr. Weston. It is good at being the center of attention, making people laugh and telling stories from its many travels. Just as with the amiable Mr. Weston, people enjoy Sagittarius’s company.

Emma’s brother-in-law is much less sociable than his brother George. The London lawyer is like Capricorn: goal-oriented and hardworking, with unwavering focus that can be misread as coldness. Despite this, Capricorn can be youthful and playful, which is a good thing for a father of five.

Okay, one more for Emma. Aquarius is radical and revolutionary. It resists rules and norms, seeking instead societal change that disrupts traditional systems. Emma often defies gender norms and expectations. Though Aquarius likes interactions with others, they value their freedom above all. Emma demonstrated this in her declaration never to marry, though she did change her mind.

Emma’s former governess is sensitive and intuitive like Pisces. Even after she’s married, Mrs. Weston continues to act as surrogate mother to Emma. She worries over Emma’s well-being and shares her ups and downs. Pisces takes on a lot of emotions, so it sometimes tries to avoid conflict by ignoring problems. Likewise, the former Miss Taylor ignores the tensions between the demands of the Woodhouse family and her duties to her new husband.