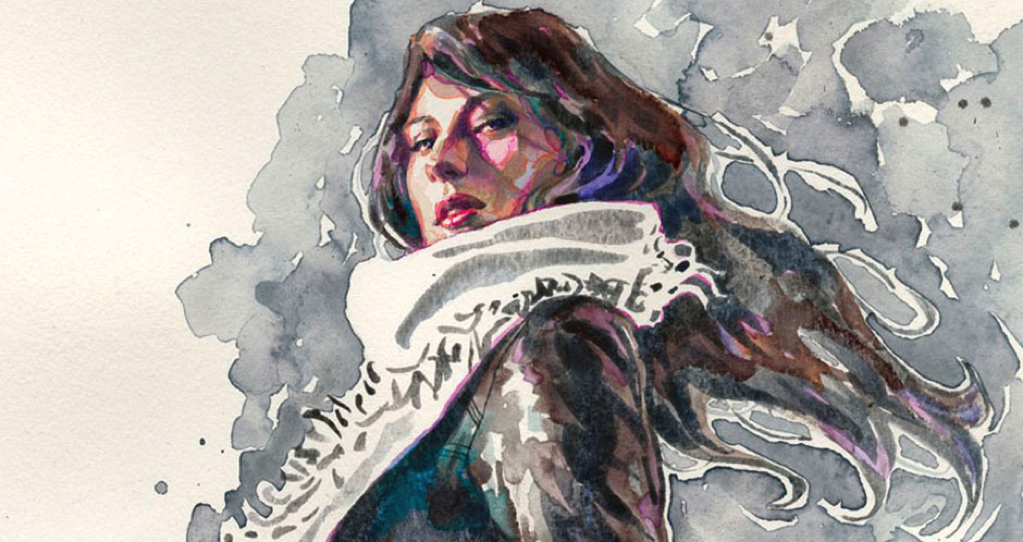 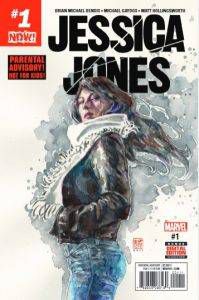 It’s been over a decade since the end of Jessica Jones’s original series, ALIAS. Now, just short of a year after the release of Netflix’s well-received show on the gruff, traumatized private investigator, Marvel is back with a new series titled simply Jessica Jones. As much as I love Krysten Ritter’s portrayal, it is part of the Marvel Cinematic Universe, and like so many of those characters is not a precise translation of her comic book counterpart. For one thing, the show meets Jessica relatively early in her story, while paper and ink Jessica has reached a different part of her life – marriage and motherhood.

Our own Charles Philip Hoffman wrote a great piece about Jessica’s fate after marrying Luke Cage and having their daughter, Danielle. After the completion of the original Alias series, Jessica sometimes appeared as little more than a nagging set piece in Cage’s life, her stories and motives almost completely built around her daughter. The recent example of Spider-Woman, however, provided hope of more interesting motherhood stories. The hope Charles expressed, and that I and many fans shared, was that a new solo title would include some fresh blood – particularly some female creative team members. 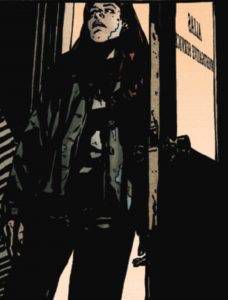 That particular hope was not to be. Brian Michael Bendis, Marvel darling and one of Jessica’s original creators, has been given the reins on Jessica again. This series would have come sooner, he said in an interview, because he was waiting until he could get the same creative team back together. The theory is understandable. Why not let the people who created a great character continue her story? Marvel executive Tom Brevoort even said he was happy that new name recognition would let them bring Jessica Jones back and do the ‘kind of stories that have always been done’ with her.

But it has been over a decade, and ‘always been done’ isn’t exactly an exciting creative mandate. It’s disappointing that no one involved felt any inclination to revitalize the character with new ideas or creative forces. Marvel has been far from immune to the growing demand from fans for better representation in creators, yet the only woman in the credits, including variant cover artists, is Assistant Editor Alanna Smith. Add in the criticism of Jessica’s most recent portrayals as a nagging wife, and it starts to feel downright ridiculous that no one thought to add a woman to the core team. Given all that, maybe it shouldn’t be surprising that what’s missing from Jessica Jones #1 is Jessica herself. 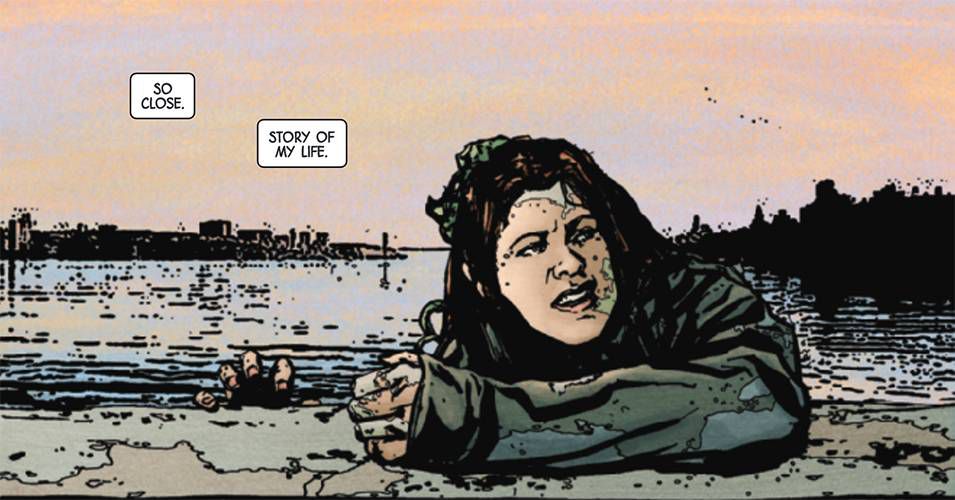 Bendis has said that we aren’t intended to know yet how Jessica came to be where she is (being released from prison in the first pages). I assumed that meant new readers would find a relatively good jumping on point, but it misses that mark completely.  The whole comic falls flat, in fact, reading more  a ‘meh’ mid-series issue than a grand return.

The best moments are easily when we get Jessica’s iconic noir-style narration and she takes on a new PI case. And I am fond of Gaydos’s Jessica, who has always looked more aged and round-faced than other depictions. Sadly, Jessica is mostly occupied with hit-and-run cameos by other popular characters- Misty Knight, Spider-Woman, Carol Danvers (via phone message). 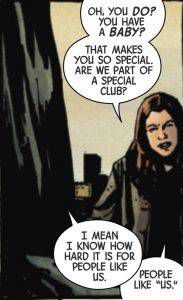 The big plot point is tossed in carelessly during a boring catfight between Jessica and Misty. Misty literally busts in, the height of the angry-black-woman stereotype, shouting “Where’s the baby?” and Jessica refers to her internally as ‘The Competition’ before they even start speaking. The whole scene is as lazy as it is pointless. A few pages later Jessica Drew shows up with the same question. She tries the ‘I’m a mom too’ card, though Jessica at least calls her out on the suggestion that motherhood suddenly makes them exactly the same. Both cameos feel gimmicky and pointless, devoid of any character insight. The baby’s absence could easily be saved for Luke Cage’s appearance on the last page, where he drops the question with the weight and drama a bombshell deserves.

The end result is disappointing. Bendis is so busy beating us over the head with a missing baby that he doesn’t give his lead any room to breathe. The comic is barely about Jessica. She’s been gone a long time but the reader has no chance discover or rediscover her complex personality. It’s a huge missed opportunity to gain new readers, who are more likely to end the experience confused than intrigued.

It’s no question that Marvel has endless confidence in Bendis. I hope they are rewarded, but I won’t bet my best whiskey on it.