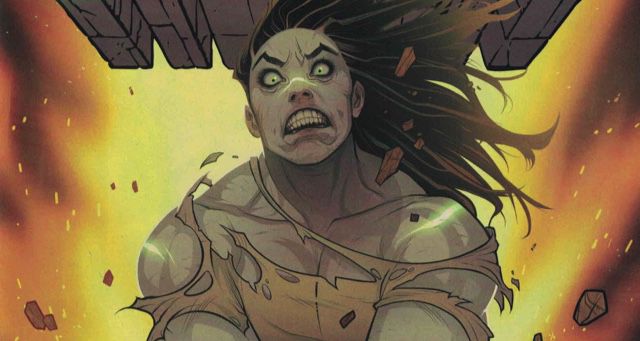 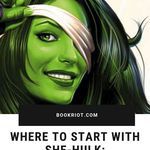 Disney unleashed a whole lot of news at this year’s D23, but one of the announcements I was most excited about was the She-Hulk show that’s coming to Disney+. She-Hulk is one of my favorite Marvel heroes, and I’ve been wanting to see her in live action for years. If you’re not super familiar with this big green gal, here’s a primer to get you up to speed:

She-Hulk was created by Stan Lee and John Buscema and debuted in Savage She-Hulk #1 (February 1980). Like a lot of “variant on an existing hero” characters, she was created to lock in a copyright: Marvel was concerned that the success of The Bionic Woman would inspire the producers of The Incredible Hulk TV show to add a female Hulk to the cast, and if they did so before Marvel put her in the comics, Marvel wouldn’t own the rights to the concept.

And so Jennifer Walters was rushed onto the spinner racks. A shy, retiring lawyer, she ran afoul of a crime boss thanks to one of her cases, and his minions shot and nearly killed her. Luckily, her cousin Bruce Banner donated the blood she needed to survive. Even luckier, his gamma-irradiated blood bequeathed her with his powers, and she found herself able to change into the savage and sensational She-Hulk!

I say “luckier” because Jen isn’t like Bruce. Unlike her cousin, Jen can control her transformations, and retains her keen legal mind even when she’s seven feet tall and green. (She’s also an Amazonian babe when she transforms rather than a terrifying monster, because do you really think superhero comics would allow a superheroine to not be hot? Please.) For much of her career, she’s chosen to stay hulked out 24/7, even appearing in court as She-Hulk—not to mention dating some of the hunkiest members of the superhero set while green.

This is the crux of She-Hulk’s appeal: she’s not really like a female Hulk at all, aside from, you know, the green skin and enormous strength. She’s a much better analog for Peter Parker, i.e. a nebbish loser who gained abs and confidence and incredible physical abilities overnight and is having a blast with it. She’s not burdened by her cousin’s curse, and her powers don’t cause her problems, by and large; they just give her the ability to stop traffic, and also to crush any problems down to the size of a marble and fling them into the sun. For all that she’s the subject of countless pinups and cheeky jokes, she’s a genuine female power fantasy, and it makes her so much fun to read about.

Want to jump into her adventures? Here’s a few places to dip in: 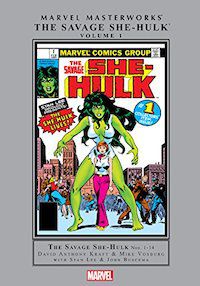 Jen’s original series ran for 25 issues. It’s not enormously memorable, but if you like to start at the beginning with a character like I do, Marvel’s collected the run in a pair of Marvel Masterworks volumes, which are both out of print but available digitally (and significantly cheaper that way!). 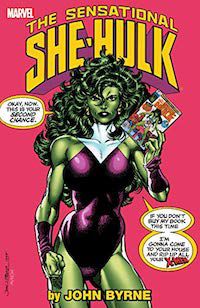 If you like Deadpool, but think the franchise could stand to tone down the violence, this is the run for you. It’s primarily associated with John Byrne, who wrote and drew issues #1–8, 31–46, and 48–50 of 60 total, and who didn’t just break but completely pulverized the fourth wall in the process. Byrne’s Shulkie is fully aware she’s in a comic book and spends much of her time directly berating Byrne for dumb plots and cheesecakey art. And yes, the art is cheesecakey—one infamous cover has her frantically covering her naked body with the Comics Code Authority logo, while the issue itself begins with her jumping rope, seemingly naked (she eventually turns out to be wearing a bathing suit). But there’s a playfulness to all of it that keeps it from veering into creepy territory, and the meta writing is genuinely funny and clever, while the art is Byrne at the top of his game. 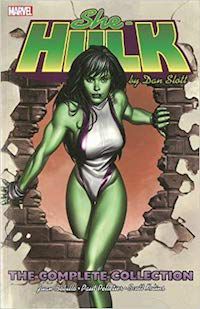 Lest you think Marvel’s habit of canceling a book and then immediately relaunching it is a new phenomenon, they did it to Dan Slot and Juan Bobillo 15 years ago, canceling their She-Hulk run after 12 issues and picking it up right where it left off eight months later. The Slott/Bobillo series(es) continues the characterization of Jen as a fun-loving, sex-positive wisecracker who loves being a superhero, but spends far more time on her life as a lawyer than Bryne did. It also retains a tongue-in-cheek meta element (her law firm’s “records” are just old comic books) while still allowing the fourth wall to remain intact. There’s a frustrating whiff of slut-shaming running through the series, but overall it’s a fun book that would make for solid TV show source material—half courtroom drama parody, half cosmic monkeyshines. 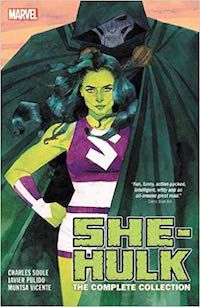 This series is tragically short (only 12 issues), but absolutely, well, sensational. Written by Charles Soule and drawn by Javier Pulido, with stunning covers by Kevin Wada, it keeps Shulkie fun and funny while dialing back the judgmental sex jokes. Fed up with Big Law, Jen opens up her own boutique firm in Brooklyn, teams up with BFF Hellcat, Ant-Man, and Howard the Duck, and faces off against Matt Murdock in court—with Captain America as the defendant! If you’ve never read a She-Hulk comic before, I say start here. 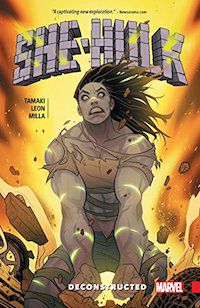 Another series canceled before its time, this book ran only 13 issues (as Hulk 1–11 and She-Hulk 159–160, because Marvel gonna Marvel). After the company-wide Civil War II event left Bruce Banner dead and Jennifer Walters physically and emotionally traumatized, she’s lost control of her transformations, and when she does hulk out she’s a lumbering gray ragemonster instead of a sassy green Amazon. This book, by acclaimed writer Mariko Tamaki with a number of artists including Nico Leon, is a pretty big departure from previous She-Hulk books, focusing on PTSD and grief with nary a saucy green wink in sight. It’s very good at what it does, but readers looking for a playful Shulkie might be disappointed in this very serious series.

If you’re just starting your She-Hulk journey, you can jump in with any of these books, but again, my personal recommendation would be to kick things off with the 2014 Soule run, then the 1989 Sensational run, followed by Slott and Tamaki. If you’re hooked, Jen has done lengthy stints on both the Fantastic Four and the Avengers, so you can follow her adventures on a number of team books. And if that’s not enough, there’s always Red She-Hulk (Betty Brant) and the other Savage She-Hulk (Bruce’s daughter from an alternate future). Because of course there is.