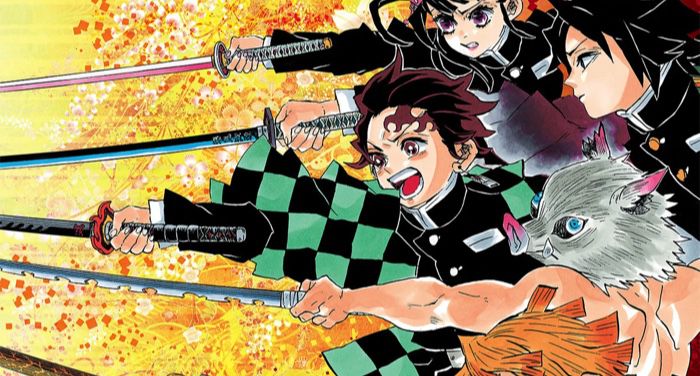 As we’ve mentioned numerous times here on Book Riot, there’s no better time to become a manga reader than now. There’s a wide variety of titles to choose from, guaranteeing something for every reader’s taste and preference. Manga publishers are licensing new series every month, from popular blockbusters to genre classics. If anything, the biggest hurdle to becoming a manga reader is figuring out where to start! But that might not be the only speed bump to picking up manga. Accessing and figuring out where to buy manga can be confusing.

We can’t talk about buying manga without addressing the elephant in the room: piracy and scanlations. Briefly, scanlations are fan translations of manga that are made available on the internet. The name itself is a portmanteau of scan + translation. Alas, it is a form of piracy. Scanlations don’t support the original creators or publishers. Even worse, these online piracy sites often host not only scanlations made by fans, but actual scans of official manga translations published by North American companies. That’s stealing.

The sad truth is that we live in a capitalist world, and you don’t get anything for free. You should pay for your manga. Supporting original manga creators is great, and supporting official translations is important. Not only does it keep North American publishers in business, it also tells the market that an audience exists.

Now that we’ve addressed this issue, let’s tackle the question of how to buy manga.

Where to Buy Manga in America

Before you buy manga, there are a few things you need to figure out first. First, is the series licensed in English? If you’re not sure, a quick Google search will tell you the answer. This step is often overlooked but it’s important. Obviously, if a manga hasn’t been licensed yet, you’re not going to be able to buy it. Sorry! But this step can also tell you if something was recently licensed. So while it might not be currently available to purchase, it might be a year from now. With new manga licenses being announced every week, this is often the case these days.

Let’s say the manga you want to buy is available legally in English. What formats are available? Some series are digital only, some series are print only, and some series come in both. If you want a manga in print format, but it’s only available in digital, you may have to settle. Or, if you’re patient, maybe wait a few months. Some publishers release the digital edition before the print version. Other times, they gauge interest based on digital sales. If a manga proves popular enough, it often gets a print edition. You never know.

Once you know all these things, you have a few options. You can check your favorite retailers. Amazon and Barnes & Noble readily carry manga in both print and digital format, for example. More experienced manga readers might want to check out specialized retailers like Bookwalker for digital manga and RightStuf for print manga.

But if you want even more choices, look up the manga’s official product page on the North American publisher’s website. They generally list buy links. Look at Kodansha’s page for To Your Eternity 1 or VIZ’s page for Jujutsu Kaisen 1 or Yen Press’s page for Solo Leveling 1.

What About Hard-to-Find Manga?

Here’s where it gets tricky. We need to define what “hard-to-find” means. Is the manga hard-to-find because reprints are coming slowly or is it out of print?

For example, we’re currently in the middle of a manga boom. Print volumes are flying off shelves and it’s difficult to keep the most popular titles in stock. On top of this, we have supply chain issues that have been exacerbated by the ongoing pandemic. This hasn’t been affecting the launch of new series as much, but it has been wreaking havoc on reprints of backlist titles. So if you’re having a hard time finding volume 1 of Demon Slayer or Spy x Family, that’s why.

In addition to bigger North American publishers like VIZ, Kodansha, or Yen Press, there are smaller manga publishers like Denpa and even boutique publishers like Star Fruit Books and Kaiten Books. As always, check out the official product pages for availability. In some cases, you’ll need to purchase from the publisher directly. In other cases, the print editions may not be available via Amazon but can be bought through brick-and-mortar retailers like Barnes & Noble and Books-a-Million.

Some series, however, are truly out of print. For whatever reason, the title has fallen out of license and has not been picked up again. In those cases, you must go to the secondhand market if you want those titles. Sometimes the prices aren’t too bad. Other times, they can be hundreds of dollars. You’ll have to decide if the price is worth it.

When seeking out used manga, you have a few options. Amazon, of course, exists. The site lists whether used copies are available from resellers directly on the product listing. But if you prefer to avoid Amazon, you can check eBay and online used bookstores to see what’s available.

Hopefully, this gave you a good starting point of how and where to buy manga legally. If you’re a new manga reader and would like some ideas for series to buy, why not try a title from this list? Or if you’re a savvy manga reader who loves reading digitally, try delving into the world of legal manga apps here.