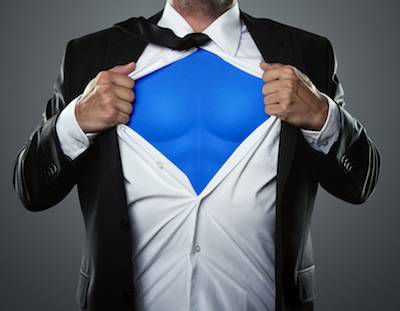 These days the term hero is thrown around so much it’s really lost most of its significance. Rescue a kitty from a tree, you’re a hero; fix the copy machine…hero; allow someone to get in front of you at the grocery store because they’ve only got one or two items, spare a nickel, come to work on time…I’ve had enough. On top of that, we’ve got video game characters, your local comic book stereotype, the everyman hero…when’s the insanity going to stop?

I think the problem boils down to two components, and the first is obviously syntactical. Words have lost their meaning via overuse, repetition, and evolution. Rather than rant on this topic, which has been thoroughly agonized over for years, I’d instead point to one summative example courtesy of Kurt Vonnegut. In his novel Breakfast of Champions, the author dedicates almost a full page to a sketch of two trucks, each bearing the slogan UNIQUE, following each other down the road. The message is clear.

The second part of the problem lies in our own cultural dogma. If each of us is indeed unique or special, then by definition no one is. In this day and age where everyone is special and personal accountability is a four letter word I’d like to pause for a moment and look back to when the term really meant something. I want to focus on those real archetypal epic heroes. Men that bring about the fall of cities if angry, men that ripped off the arms of monsters and singlehandedly (get it) battled dragons, men that defined their cultures and walked amongst the gods all while caring their aged father on their backs. (Achilles, Beowulf and Aeneas, if you’re keeping track.) I want to know where the real literary heroes have gone and if any of our contemporary protagonists live up to the challenge. Here are a few suggestions:

Okonkwo is the protagonist of Chinua Achebe’s most famous novel Things Fall Apart. He is a great warrior and wrestler, a man willing to stand up to the gods if it will protect his clan or if he is sufficiently angry. Unfortunately he is often angry and Okonkwo’s anger and fear drive him to act irrationally and fight at the slightest provocation. These characteristics place him firmly within the classification of tragic hero, but a hero nonetheless. 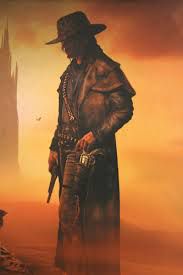 Roland the Gunslinger is the epic hero at the heart of Stephen King’s 8 volume magnum opus. He has all the hallmark traits: a wound, a cyclical quest begun in medias res and he wears the mores of his culture on his sleeve. In addition to all that classical nonsense, he can severely mess you up with his six shooters, “You talking to me pilgrim?”

Admittedly, the quest Jonathan Lethem’s would-be detective with Tourette’s syndrome, Lionel Essrog, faces is nontraditional. But I would argue that this in no way invalidates his heroic effort, even if the challenge ahead is merely making himself understood and overcoming his tics and verbal compulsions long enough to order a sandwich. So, when our hero sets out to solve a murder mystery the danger is real and only magnified by the verbal landscape that makes up the setting of the story.

Now I turn the chalice over to you…