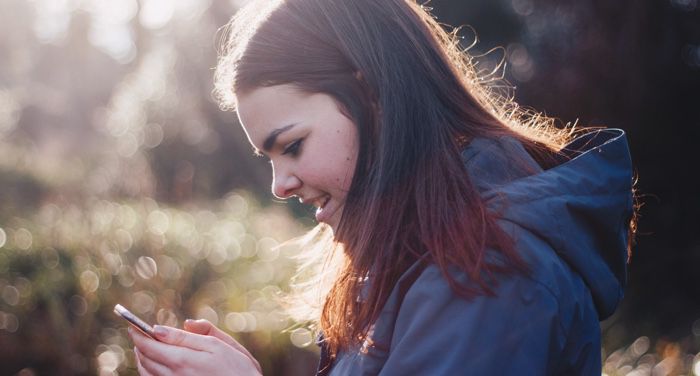 In the era of social media, readers have more access to their favorite authors than ever. Reading an author’s personal thoughts can be really cool, especially if they’re extremely popular.

“People always wanted to meet their favorite authors and get behind the scenes,” Alaina Lavoie, communications manager at We Need Diverse Books, said. “Social media really took that and blew it up to a much more intense level. You can connect with any author who is active on social media.”

Engaging with authors on social media heightens the connection between authors and readers. It can be a great way to enhance the enjoyment of literature.

“It is simply amazing to learn the political, social, and personal ideologies of these writers through their social media,” they said. “It provides an otherwise unimaginable context for their storytelling.”

But what happens when an author you adore and admire has a bad take on social media?

When An Author Says The Wrong Thing

It can be difficult to decide how to proceed when a favorite author takes a stance you disagree with. It’s even harder if that opinion is harmful to marginalized groups of people. It can affect the way you look at their past and future work.

J.K. Rowling is the most recent example of this. She denied transgender women’s identity and upset millions of Harry Potter fans. Readers are choosing to no longer purchase Harry Potter–themed merchandise in an effort to prevent financially supporting Rowling.

Ashton Thorne, a BookTuber and transgender man, said it’s been hard for him to separate the Harry Potter series from J.K. Rowling herself.

“When their name is so heavily attached, it’s hard to separate,” he said. “As a trans person, seeing the comments that she makes is really hurtful.”

Jesse agrees that some authors they follow have posted offensive statements on social media. “Authors I have admired have outed themselves as transphobic or been guilty of bullying reviewers online,” they said.

How authors move forward after making a mistake affects readers as well. Both Lavoie and Marissa DeCuir, president at Books Forward, a literary public relations firm, said the first step should always be an apology. That’s what DeCuir recommends for the authors she represents. “If you do slip up, take responsibility,” she said. “Admit fault, own up to what you’ve done wrong, apologize sincerely, learn from the mistake and move forward.”

Lavoie agrees and recommends authors to take action after issuing an apology. “It’s important for authors to show that not only do they know that whatever they did is wrong, but that they’re actively working to atone for that,” she said.

Readers on social media might be quick to criticize, but many are forgiving. Jesse has a variety of personal responses to author misbehavior. “Depending on the transgression, I have stopped supporting an author entirely, given them second chances, and developed a healthy skepticism while still reading their books,” they said.

Separating The Art From The Artist

Using social media to gain context about a book can be great. But sometimes you find out something about an author that makes you question whether you can look at their work the same way.

Thorne said he tries to avoid learning about new-to-him authors to prevent just that. “Often I’ll look at an author after I read a book because I don’t want that to impact me before I read it,” he said.

Thorne reads a lot of political philosophy, a genre in which an author’s ideology heavily influences their work. He said sometimes writers that are considered intelligent and influential in politics don’t appeal to him because of their beliefs. “I definitely avoid some work that people find impactful that I can’t bring myself to read,” he said.

So can a reader separate the work from the beliefs of the author? Jesse says no. “There is no such thing as divorcing a work from its source. Books do not create themselves in a vacuum—they are authored.”

Jesse said readers can often fool themselves into thinking an author’s views don’t come across the page. “I have read great works by problematic authors and in each of those works, the author’s problematic ideologies shine. It is there whether a reader chooses to see it or not.”

Who Gets Criticized And Who Gets A Pass

Social media users call out marginalized people for behavior that might otherwise be dismissed for white, cisgender, straight individuals. “There are other times when marginalized authors, especially authors of color, are held to a higher standard,” said Lavoie. “They are criticized for something that was a genuine mistake or a genuine error.”

Often white authors or beloved authors get more chances than marginalized writers. J.K. Rowling is a great example of this. As early as 2018, she began sharing and liking some content on Twitter espousing negative beliefs regarding transgender women. It took until her statements in 2020 for many people to finally boycott her work.

And when an author chooses not to apologize, both Lavoie and DeCuir said they would consider severing ties with them. When an author has a problematic opinion and isn’t open to learning more, Lavoie said she would have a hard time representing them. “I wouldn’t continue working with them if they were intent on not learning about it,” she said.

As a reader, Jesse is looking for authenticity from the authors they follow. “Authors should utilize social media in earnest,” they said. “Tweeting and posting what they stand for, graciously allowing themselves to be corrected, and owning up to their mistakes when they make them

In situations where an author doesn’t know much about the issue at hand, Lavoie recommends looking to others who are experts. “Instead of posting themselves, they can use their platform to uplift people who have been doing this work,” she said. “Instead of trying to add their own voice to the mix when they’re so new to the issue.”

Readers know when an author is posting just for the sake of posting, and they’re looking for the real deal.

“There is no place on my feed for performative activism,” Jesse said.