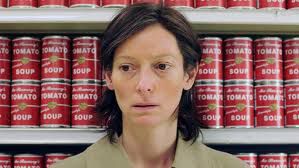 It was about a hundred pages into Lionel Schriver’s dazzling and terrifying 2003 novel We Need to Talk About Kevin that I realized I bore more than a passing resemblance to the novel’s polarizing narrator, Eva Khatchadourian. Like Eva, the founder of a Lonely Planet-like travel book series, I am a HUGE traveler, maxing out my credit card to escape to odd, confusing, and often uncomfortable corners of the Earth. Like Eva, I am fiercely independent and in a relationship with a person who is in so many ways my opposite and complement. And, like Eva, I am ambivalent about the prospect of motherhood. I don’t mean ambivalent in an “I’ve made a decision, I’m just afraid society will judge me if I actually say it out loud” kind of way. I mean ambivalent in the Oxford English Dictionary definition of the word. I have mixed feelings. I just don’t know.

Eva Khatchadourian comes down on the other side of the fence and makes the decision to have a child. That child is the eponymous Kevin, a sociopath since infancy (I’ve cheerfully been referring to this novel as “Rosemary’s Baby all grown up”) whose malevolence increases as he grows up and climaxes with a particularly gruesome act of terror he carries out at his high school when he is 15, taking the lives of several of the student body’s brightest luminaries.

In her narration, Eva posits that her ambivalence toward parenthood may have contributed, in a small or significant part, to her son growing up to become what he becomes. One of the central themes of the novel is this question: Is Kevin a product of nature and nurture? To put a finer point on it, are Kevin’s actions Eva’s fault?

I know there’s a reason they call it fiction, and still, I don’t want to resemble this character, this woman, this mother. I’ve seen myself in fictional women before, but those women were Jo March and Elizabeth Bennet. What liberal-arts-educated girl is going to get pissed about being the best Little Woman out of all the Little Women? What girl who has seen all three discs of the BBC’s Pride and Prejudice mini-series is going to say “No, thank you,” to being Jennifer Ehle’s Elizabeth to Colin Firth’s Darcy? The closest I’ve gotten to getting irked about a literary comparison in the past is a few year ago, when my family agreed that I was Luna Lovegood in Harry Potter.

“What? No! I’m bookish and stubborn and my hair and teeth are better than they used to be, I’m Hermione!” I protested.

“You’re Luna Lovegood. Get over it,” my brother shrugged, who was absolutely fine with his comparison to cocky-but-loveable James Potter. “It could be worse, you could be the Slytherin girl who’s always laughing at Draco Malfoy’s jokes. Or Ginny Weasley.”

Hindsight is 20/20. I would take Luna Lovegood over Eva Khatchadourian in a millisecond.

It’s fascinating reading Schriver’s interviews and essays about Kevin. In these pieces, she reveals that she is also a world traveler, also fiercely independent, and was also most ambivalent about the prospect of motherhood. In the end, she chose not to have children at all. Still, thinking about motherhood, that vast and unpredictable continent that is intimidating to even the hardiest traveler, those thoughts jumpstarted a journey that became a novel. I’m not just like Eva, I’m also like Lionel. She created the work, I consumed it.  She stands on one side of the mirror, I on the other, and we’re both looking at our reflections and neither of us is sure we like what we see. Maybe that’s a good thing. I think fiction can and should be a place to safely explore the possibilities of our lives. The people we want to become, don’t want to become, don’t know if we should become, and are afraid we will become.

I sympathized with Eva through the entirety of the novel. I never thought she was to blame for what her child became. And I don’t know if my championing of this character is an act of above-and-beyond-empathy or choosing “fight” instead of “flight” when it comes to my lizard brain’s self-defense mechanism. I’m not sure of the answers, but I’m riveted by the questions.

I can’t be alone on this one. Have any of you found yourselves resembling a polarizing/dislikable/outright villainous character? Let’s support-group each other. That’s what reading friends are for.