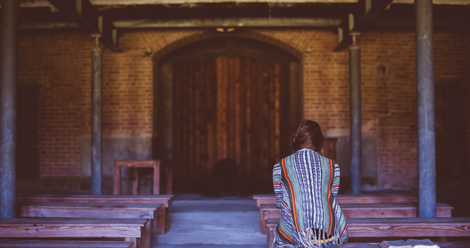 The Scene: You finally have the opportunity to sit down with the long awaited second (or fifth or eleventh) installment in a series you’ve previously enjoyed immensely. You crack, or download, this work for which you have been longing or, at the very least, checking Amazon every five minutes.

You begin. You continue. You finish.

And you sit there, blinking, perhaps chewing on your lip or cracking your knuckles, attempting to process one, single, horrible fact.

That book you were so excited for? It… it just wasn’t that good.

You’re disappointed. Irked, perhaps even a bit angry. Your hopes are dashed, your enthusiasm quashed!

Look, we can all pretend we don’t take such let downs seriously or personally, but as much as we love books? It is personal. We, all of us, hold our reading time, however much we may have, precious. I feel genuine anger, even rage (depending on how invested I am), when I’m wishing and hoping and waiting and then I’m sent crashing back to earth with nothing to show for it but four or five hours I could have spent reading something else.

I have been known to pitch paperbacks across the room in frustration and/or disgust, though the throwing of reading material is greatly diminished since I started doing most of it on a $500 tablet.

Never again! I vow when so painfully disappointed.

But then I hear there’s going to be a volume three (or six or twelve).

No! I protest. No! I won’t be sucked in again! I won’t give any more of my dear, stolen moments to this unforgivable debacle!

There are many reasons a reader may find herself disappointed as a series progresses. Sometimes, it may be because so much time has elapsed between the volume in your hands and the previous one, important details are lost to the tens or hundreds or thousands of books you’ve read since, the threads tangled or dropped. In these cases, a reread of previous volumes may solve the issue and spur you forward. If you’re willing to incur the late frees on your library TBR or stop in the middle of a new book which has you rapt or… It all depends on how invested you are in the characters and story, if you enjoyed what came before enough to delve a second time, if you have the time, the inclination, and the fortitude to immerse again (this is a conundrum I have heard expounded upon by many a Game of Thrones fan, my husband included. He’d like to finish but simply doesn’t have the hours required to reacquaint himself with thousands of pages).

If you’re not so inclined (and I’m usually not – between a full time, day job; kids; writing; and reading, it’s difficult for me to justify rereading when there’s so much I haven’t read yet) you can try the Wiki route, which often has just enough for you to stay on target, even if some of the finer points are missing.

Other times, more often I would imagine, it’s the writing itself that has suffered, or the characterizations of the plot. None of those, unfortunately, can be fixed with a quick internet search. The reasons such issues occur are myriad: the writer has fallen out of love with the project; creativity has been sacrificed to deadlines; there’s been a change in editorial staff; the magic is simply gone; and one and on and on.

Sometimes it comes back

So what’s the solution?

I wish I knew because I have spent a lot of time searching for that magic in later volumes and been increasingly disappointed when it failed to materialized. The majority of time time, really, and you’d think I’d learn from that but more often than not, I do follow series to completion.

I don’t want to give up on the what if entirely.

I have, however, convinced it to slow its roll by implementing a cost-benefit analysis system.

Reading, contrary to the belief of those who don’t do it as much as many of us do, is an interactive activity. You build relationships with stories and characters, you invest your time and emotions and care into them. You think about them when you’re not reading, project around and though them. They live in you while you experience them and sometimes for a long time after. They grow, the change, the metamorphose. They distract you during the day and keep you awake at night.

When I’m trying to decide if I should bail or persist, I ask myself these questions:

How deeply do I feel for these characters?

Do I get more than I put in even if I didn’t like this installment as much as the last?

What else have I read by this author? Did I like it? Does this seem like a misstep or a pattern?

Is there something unrelated to the book that’s bothering me or is the book triggering me in some way? Does that realization change the way I feel about it? Would putting it down for a while help?

Am I less enthused or am I actually bored?

There are infinite questions to ask yourself and, since every reader is different, their lists and priorities will be different as well. The above is where I begin my evaluation because I happen to be a character driven reader who suffers from completion syndrome. That said, there are a couple series I’ve dropped despite it poking that syndrome because I simply couldn’t muster the enthusiasm to make room for an odyssey which had kicked me in the gut one too many times.

In the end, remember reading is supposed to be (mostly) fun. Make sure it stays that way for you.