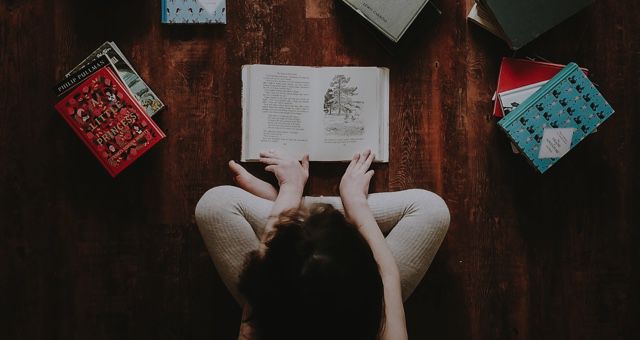 Sometimes the books we read as children work wonderfully until we revisit them as adults—and suddenly, the books no longer make sense. Maybe The Lion, the Witch, and the Wardrobe opened magical worlds for you as a kid, but when you reread it as an adult, you were left scratching your head. Meanwhile, the person next to you found the book held up for them. The reason behind it is somewhat of a mystery for me. Is it that our experiences so heavily influence our reading lives that it changes how we interpret—or don’t interpret—a book when revisiting it?

I first read A Wrinkle in Time in 2003. Reading and books had always been staples in my life, but this particular title did something really special and it was my first real look at meaningful literary analysis. We read it as part of the advanced English curriculum for “gifted” 5th graders, and I loved that class. Everything about it was special for me—being selected, of course, but also the opportunity to read on a deeper level and the excitement that came with walking to a different part of the school building and sitting in another classroom for a piece of the day. We read several novels for that class, but A Wrinkle in Time is the only one I really recall. It made an impression on me in a way few books have.

When the film adaptation was set to come out in 2018, I figured I ought to reread it. I wanted to have a fresh memory of the text, more importantly, I’m a children’s librarian and knew there would be demand for the book and read-alikes. So it was important that I knew what I was talking about. I put a hold on it at the library. When it arrived, I was delighted to find the cover was of the same edition I’d read as a kid.

So I dove into it.

Where the science of A Wrinkle in Time made sense to me as a child, I was suddenly totally puzzled as an adult. I just didn’t get it. The characters, the plot, and the science behind it all wasn’t working for me. How was it that I understood physics, string theory, inter-dimensional travel, and so on as a 10-year-old, but it was lost on me at 25? There didn’t seem to be any holes in the science that L’Engle applied (not that I would know), but at the same time, there was just something I wasn’t getting 15 years after first reading the book.

Even aside from the science, I was having trouble making a connection with the characters. As a kid, I remembered completely understanding Meg. Her motivation made sense, her personality made sense, all of it made sense. But as an adult, somehow none of it did. I could sympathize with Meg wanting her father back, but it felt like something was missing. And it was such a letdown—not because the author had done anything wrong, but because maybe there was something wrong with me.

Ultimately, it felt like L’Engle had left gaps in the story that child-me had been able to fill naturally and with ease. Child-me made inferences and and colored between the lines that L’Engle had drawn. Adult-me saw a connect-the-dots puzzle and couldn’t even make the picture. It was as if L’Engle had written the book specifically for child me, but not for adult me. Why was that?

Had I had too many real-life experiences that made me more literal-minded and prevented me from being able to imagine what L’Engle left out? Had I forgotten some crucial bits of physics I’d learned in elementary school (unlikely)? Had the discussion we had in the classroom helped fill in what I didn’t understand as a kid and I was without that benefit as an adult? Was I just old?

I asked a few others who had read A Wrinkle in Time as a kid and returned to it as an adult to see if they had a similar experience. Some had, some hadn’t. Some named other titles that had mirrored that experience. So at least I wasn’t alone there.

Certainly there are other things I’ve revisited—movies most easily come to mind because I don’t reread a whole lot—that were richer upon later viewing. (I mean, have you watched a Disney movie lately? Yikes; how did we miss that?) That makes sense to me.

If it’s a lack of imagination that I now have, how tragic.

But maybe it’s not me at all. Maybe L’Engle just knew exactly what she was doing. And that’s some sort of magical science, isn’t it?