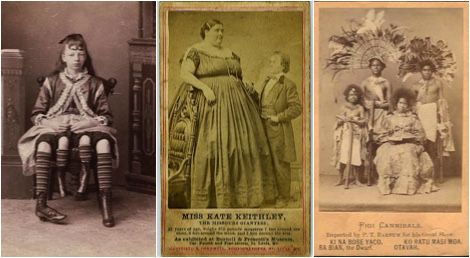 This is a guest post from Mary Kay McBrayer. Mary Kay is a belly-dancer, horror enthusiast, sideshow lover, prose writer, Christian, and literature professor from south of Atlanta. Mary Kay founded the horror and comedy blog and podcast Everything Trying to Kill You, and she is also the creative nonfiction editor for Madcap Review, a semi-annual online journal of art and literature. She is currently working on her first full-length novel about America’s actual first female serial killer, but until then you can read her essays at Chicago Literati, Prick of the Spindle, Book Squad Goals, and The Blueshift Journal.

She is not an animal person.

When I saw the trailer for The Greatest Showman, I was super-pumped to see it. Most of my research over the past few years has been about the circus, and in particular the sideshow. So when I saw ads for a fictionalized, musical biopic about the life of P.T. Barnum, I was like, sign me up.

Here’s the thing it was missing, just like all the other fictional circus books I know and love: we seldom get to hear the performers’ stories from the perspective of the performers. I know that Phineas Barnum’s main deal was to spin the story—that was his whole schtick, and I get it. Ham it up because people love a good story. Yes.

I’m not saying I need the performers’ story to be the true story—I love a tall tale as much as the next guy! I really do! If your true story sucks, lie to me. I’m fine with all of that. Give me the ballyhoo. Tell me a different origin story. Make yourself into a cryptid. By all and any means necessary, give me a narrative.

The thing is, the performers just hardly ever get to tell their own lies. They just seem to have stories told about their experience for them. When you get to tell your own lies, at least they’re your own. They may not be true, but they’re still yours. More so, maybe, because you created them.

Anyway, I tried to think of an instance in my favorite circus sideshow fictions in which the performer talked his or her own story, but I came up short.

My favorite novel is Kathryn Dunn’s Geek Love, and even though the story is told from the perspective of one of the freaks (their term), the narrator is not a performer.

In Erika Swyler’s Book of Speculation, too, we only get stories from wannabe performers, never the one in the tank. The narrator of the current timeline doesn’t even believe in his own gimmick, so it’s definitely not a narrative from the perspective of a performer. 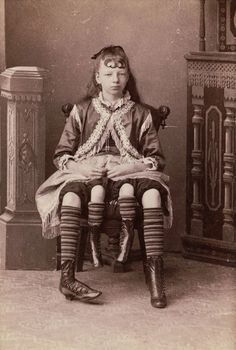 Even in Big Fish, Carl the Giant doesn’t get his own narrative. He’s just a plot device that Edward Bloom gets to utilize in telling his own tales—he gets a cameo in someone else’s story. 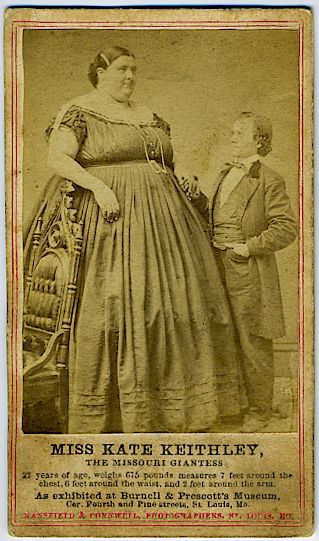 I just got so frustrated that the performers, especially those with anomalous bodies, and ESPECIALLY especially those with anomalous bodies who were also of color, just never get to tell their own stories. Or, at least, I haven’t been able to find their own stories as told by them, unless you count cartes des visites, like this one: 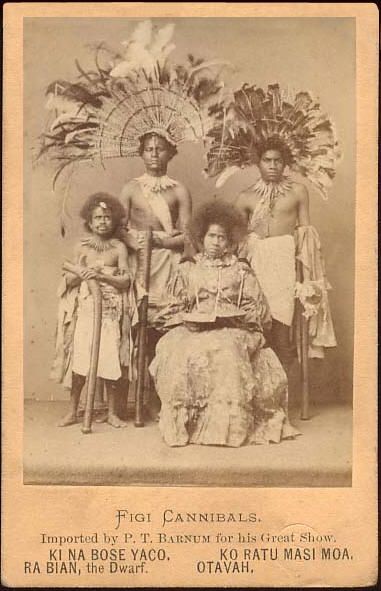 These were souvenirs that the audience could buy at the sideshow to put in their scrapbook, and then when they hosted a party they’d have something to talk about. They were hustled as True Stories, and at the time, people bought those stories, both literally and figuratively. I think we can all agree that their captions are somewhat (if not totally) fictionalized, now, though, so I think the photos and their margins fit my parameters.

How dope would it be now to hear those stories As Told By, though? Even if fictional. Those cards were usually scripted and rebranded by the talkers to be more exotic (again, their words). To my knowledge, I’ve been able to find precious few fictional re-workings of performers as told by performers, and that makes me ill.

I could be missing something crucial though—and if I am, PLEASE let me know. Seriously, I’ve been hunting for it. So. Please. Let me know. 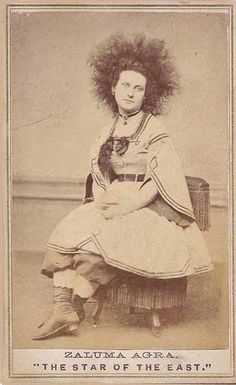