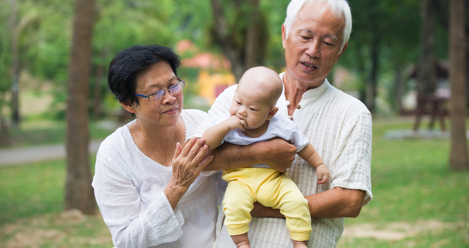 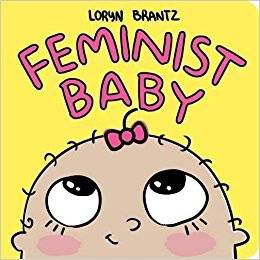 As infants, my siblings and I were brought to books via the classic childhood text Pat the Bunny, a hands-on work of art that encourages the youngest readers to interact with the pages via tactile sensation: the fluffy poof of the bunny, the scratchy surface of Daddy’s five o’clock shadow. As baby board books go, it might be one of the more delicate ones—my parents had to buy a new copy for each new baby— but typically, baby board books tend toward sturdiness. It’s the only genre of literature that is just as likely to be chewed upon as read.

(Note to self: edible candy books for people who never read the same thing twice? Or is this already a Japanese game show?)

Baby board books, as I had always understood them, introduce babies to the concept of books, but also to other basic concepts: colors, numbers, prepositions, farm animals. They are intended to delight humans whose delight is still inspired by brightly colored illustrations and whose perception includes very little dialog or critical thinking.

I knew the answer when I came upon Star Wars: Spaceships in 2010. It’s a concept book, all right, if the concept you wish your children to grasp is the difference among imaginary vehicles in the Star Wars universe, including, naturally, the Death Star. According to Star Wars: Spaceships, the weaponized artificial satellite “has a dangerous laser” and goes “BOOM.” Also, it’s capable of eradicating your home world and killing everyone you’ve ever loved. This concept doesn’t hit the page, of course, but at least Star Wars: Spaceships helps indoctrinate your child into consuming Star Wars themed licensed merchandise from an early age.

Maybe there are parents still primarily concerned with teaching babies the concept of opposites, or breakfast foods, or cold-weather clothing, but I get the sense that plenty of parents today buy baby board books that reflect the parents’ desires more than the babies’ needs.

That’s when I stumbled upon Feminist Baby by Loryn Brantz, a colorful baby board book that, like Star Wars, is apparently a Disney property. What modern feminist wouldn’t want to introduce their child to the idea that nobody is limited to binary concepts in clothing or toys (even though binary concepts are a staple of baby board books), that every baby has a right to their own dreams?

I don’t know if it says more about the book, the culture, or me that, upon a single read through, I shook my head and said, “I can’t recommend this book as an introduction to feminism due to its lack of intersectionality.” It’s all well and good for cis baby feminist to say “‘no’ to pants” (presumably, she has a safe space in which to strike out against rape culture and slut shaming) but such displays of body positivity could be dangerous for trans baby feminist. Light-skinned baby feminist can demand respect for being “as smart as she seems” but baby feminist of color probably has to be twice as smart as she seems before her genius is recognized by the baby patriarchy. Solvent baby feminist holds a cultural position in which to make “lots of noise” but many socioeconomically disadvantaged baby feminists might not have a voice loud enough to demand a space in which to be heard.

At least baby feminist doesn’t contribute to body dysmorphia issues (baby feminist is shaped like a water balloon) and she looks adorable cosplaying Rosie the Riveter, but doesn’t she have a friend willing to dress up like Dorothy Pitman Hughes sharing a diaper with baby Gloria Steinem to resist the idea that baby feminism belongs only to babies who look one particular way? When do we begin teaching baby feminists with power to stick their necks out (metaphorically speaking: fabaceous baby feminist does not have a neck) and use that privilege to help oppressed baby feminists?

Then again, it probably is me. After all, I once published a tongue-in-cheek scholarly critique of Max’s Breakfast, a baby board book about one rabbit trying to convince another rabbit to eat a sunny-side-up egg, and I have never even had a baby. Do babies need fried eggs? A cultural lexicon of Star Wars? Do babies need intersectional feminism?

Or do they just need a lap to sit in, arms to hold them, and a sturdy, yet brightly colored (nontoxic, vegetable-based dyes, one would hope) chunk of cardboard on which to drool?

To be fair, the Feminist Baby board book appears to be based on a comic strip for adults that does touch on deeper issues, and makes jokes your baby lacks the cognitive ability to understand. Maybe there are limits to the concepts your baby can grasp, and your baby is as likely to comprehend gender issues as quantum mechanics, and it doesn’t matter what you read to your baby as long as you read something. I don’t know if I take baby board books too seriously, or if the people who publish and buy them don’t take them seriously enough.