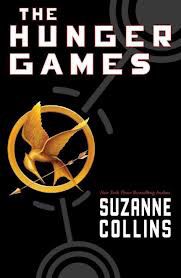 Recently, at this year’s Book Expo America, Suzanne Collins, author of (do I really have to say it?) The Hunger Games, announced that she was writing a new teen series. Of course she is! What, was she going to type the last word of Mockingjay and say “Cool, now I’m done with fun forever”? A thousand nays!

Now the question becomes, what is the series going to BE about. Let’s get guessing, educated style! Now, the only way to solve a mystery is to get a clue, Nancy Drew (all right, Hardy Boys, too). So let’s go to town, and figure out these shenanigans like Encyclopedia Brown.

– Collins got her start writing for Nickelodeon in the ’90’s and worked on such shows as Clarissa Explains it All (be still my heart!) and The Mystery Files of Shelby Woo (I remember being bored by this television show and you guys, nothing bored me when I was ten years old, not even Nick at Nite marathons of Green Acres).

-After working in children’s television, Collins ventured into children’s publishing with her Underland Chronicles, a series of books for middle-grade readers about a fantastical world that exists beneath New York City.

-According to interviews, Hunger Games was inspired by the following: Roman Gladiators, the myth of Theseus and the Minotaur, flipping the channels and seeing reality television and Iraq War footage side by side, and her father’s service in the Vietnam War.

So we’ll start by ruling some things out. After all the danger and craziness of Hunger Games, I have a really hard time imagining Collins would revisit her “I’m just a kid and growing up is CRAZY” Nickelodeon slice-of-life storytelling heyday.

(Although if she could sneak in a character based off of Clarissa’s Ferguson, I would be so happy I would leap up and kiss the stars. Actually, that gets me thinking, do we think that Clarissa’s Sam is a prototype for Peeta? Ooooooh.)

I also don’t think that she’s going to be dipping back into dystopian YA. The genre’s pretty saturated with people copying her, I think she’s going to give making-out-with-cute-boys-while-the-government-is-trying-to-kill-you a much needed break.

So where does that leave us?

I think whatever she does next has to have the SCOPE of Hunger Games. Once you go big, you can’t go home. I can see Collins returning to her Underland roots and doing something dark and fantasy-based.

Historical YA seems to be on quite the rise, and she’s clearly a mythology and history buff, so she could do something well-researched and rooted in reality. That said, I’m not sure this would be enough to satisfy her. Though I would take Teen Pirates or Teen Vikings from Collins in a heartbeat. Or both! OR BOTH! Did we not all see The Flintstones Meet The Jetsons? You can mix and match time periods AS LONG AS IT’S RAD.

Hunger Games dabbled in sci-fi, I can see her going into other dimensions/space.

Because of her father’s military roots, I can see something that feels very military, army training in a cool world, a squadron of youngsters being sent off to fight unknown evil, the like.

I have a feeling that whatever we’re going to get, it’s going to be big and action-packed, with a girl worth rooting for (if we don’t get a front-and-center Katniss, we’ll definitely get a right-flanking Hermione), in a world that’s under-explored or a sub-genre Collins is about to shape in a significant way.

I’m kind of feeling space-spies. Or time-travelling military cadets? Maybe she’ll borrow from myths again and tell sci-fi-y, dimension-hopping retelling of  The Iliad AND The Odyssey.

I know the hive mind is better equipped to handle this equation than my small slice of grey matter. What are you guys thinking the next Collins book will be? And are you as excited as I am?