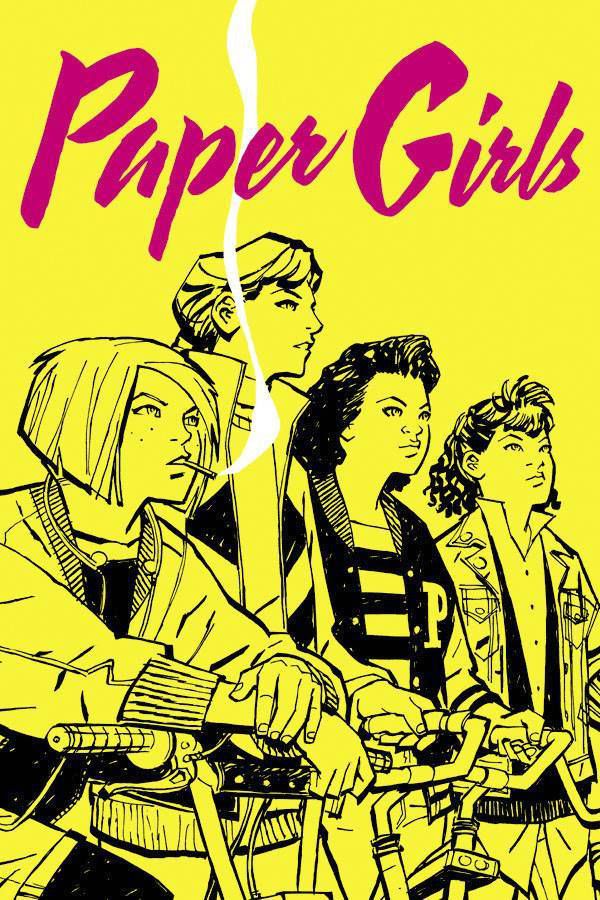 Every week, a different Panelteer will give you a rundown of the comics they’re most looking forward to for the week. Floppies, trades and omniboo are all fair game here. This week, Emily tells us whats on her pull list.

Paper Girls #1 written by Brian K. Vaughan and illustrated by Cliff Chang—I’m ready to pick up anything the creator of Saga has touched, and this one has the added bonus of an acclaimed Wonder Woman artist. “Stand By Me” meets “War of the Worlds,” and my head just exploded.

Injection Vol. 1 written by Warren Ellis and illustrated by Declan Shalvey—The teaser reads, “Once upon a time, there were five crazy people … “ Hooked. Don’t even need to read the rest.

Bitch Planet Vol. 1: Extraordinary Machine written by Kelly Sue DeConnick, illustrated by Valentine De Landro—Is it wrong to want the trade when you already have the individual issues? Because I love this comic so much I’m about to buy it again, against logics.

Grumpy Cat #1 written by Ben McCool and illustrated by Steve Uly, cover by Agnes Garbowska—a tribute to the wonders of the Internets. This is real. And one of the covers lets you create your own Grumpy Cat meme!