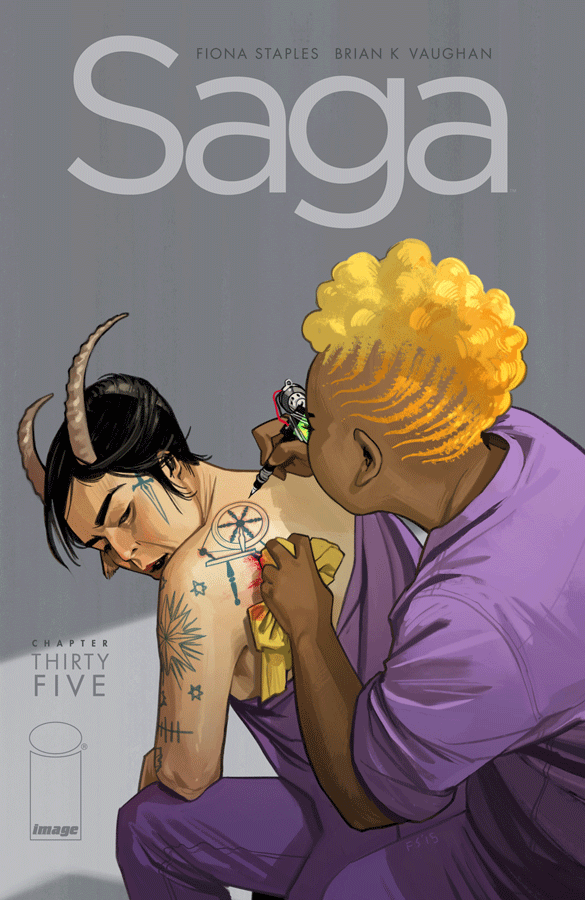 Every week, a different Panelteer will give you a rundown of the comics they’re most looking forward to for the week. Floppies, trades and omniboo are all fair game here. This week, Emily tells us what’s on her pull list.

My pulls have been a real mess the last several months—after a recurring scuffle to even get the right issues from my local comic shop, I cancelled altogether and decided to subscribe by mail instead. Which I failed to do with anything even close to timeliness. I missed my regular pulls terribly, but life got in the way big time. Now that things are settling back down, I’m catching back up. Thank God.

A loyal Brian K. Vaughn fan, I picked up #1 of Paper Girls with very high anticipation, which he somehow surpassed. Cliff Chiang’s work was completely new to me, but he won me over entirely.

Due to my aforementioned Horrific Pulls Gap of 2016, I’ve since failed to follow Paper Girls since, but its adventurous young heroines and unabashed 80s nostalgia won me over from page one, and I can’t wait to get back into this incredible comic.

Guardians of the Galaxy, Vol. 1

Most of my comics interests aren’t capes, but Marvel’s been doing such a bangup job with its TV shows and movies in recent years that I’m hooked on this universe already.

But finding a good entry point into this extensive universe is no easy feat. Settling into something totally new to me is easier in volumes than issues, and Guardians of the Galaxy has a specific quirkiness to its sc-fi and heroism that particularly appeals to me.

Saga forever. I’m obsessed. This is how I first became a Brian K. Vaughn fan. These characters have a very special place in my heart and no matter what they do to each other I can’t let them go.

Beyond the characters, Fiona Staples’ artwork for the creatures and worlds of Saga are stunningly imaginative. I could start at its pages all day.

I hadn’t heard of this at all, but the premise struck me immediately: A local street hood in a crime-infested ghetto receives superpowers through some kind of ancient magic. But his powers only work in an affluent white community that may not accept him.

What are you excited for this week?