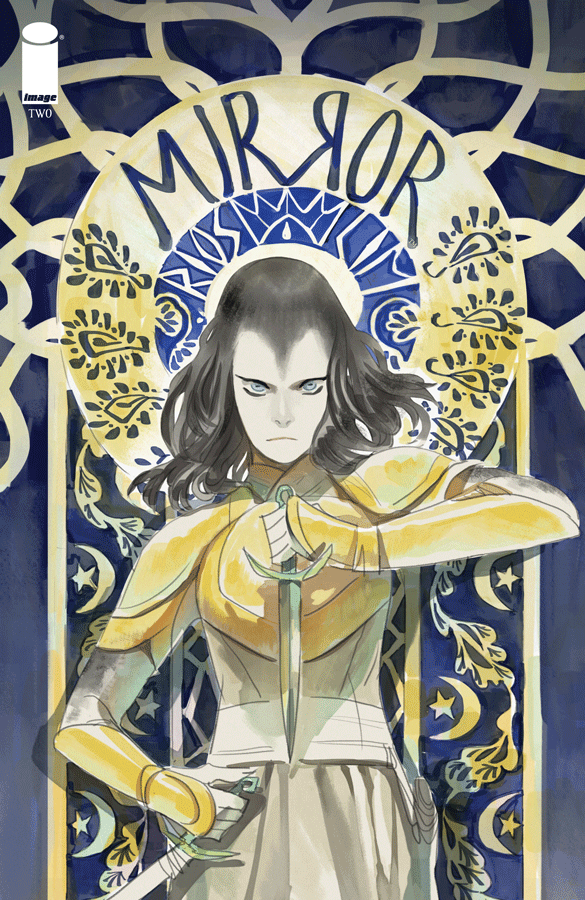 Every week, a different Panelteer will give you a rundown of the comics they’re most looking forward to. Floppies, trades and omniboo are all fair game here. This week, Jake tells us what’s on his pull list.

It’s my first week doing this for Panels! I’m gettin’ newbie jitters just thinking about it.

I’ve written about this series before, but Mirror is hands-down my favorite new series of the last two months, a fantasy adventure entirely in watercolor about people experimenting on animals to give them human intelligence, and the ethical quandaries that arise from it. If you’re into Emma Ríos’ work on Pretty Deadly, you neeeeeed to check out Mirror–it’s got the same art-focused dreamstate fantasy vibe. Her collaborator on this, Malaysian rising star Hwei Lim, pulls her own weight as well in this dance of two artists at the top of their game riffing off each other.

There are not nearly enough josei manga (manga aimed at teenage and adult women) translated and released in the West, so we can’t wait to get our hands on Princess Jellyfish–a slice-of-life series about a geek girl who moves to an apartment building in Tokyo where only otaku women reside. But their nerdy bubble is about to burst when a mysterious trendy lady drops into their lives… and maybe she’s also a jellyfish?! Akiko Higashimura’s art hits a nifty balance of a quirky unique, modern style that still retains a few nods to cheesy ’90s stuff we grew up with.

Available in paperback for the first time since publisher Boom’s takeover of Archaia, Cursed Pirate Girl is a stunning adventure drawn in meticulously detailed line work reminiscent of old 1700s political cartoons. The story of an orphan girl searching the seas for her father is great, but the art is the real draw. From artist Jeremy Bastian’s blog:

“The book is drawn at actual print size, so when you open it up what you see is exactly the same size as the original art. It is not reduced. I pencil it out pretty thoroughly and then I ink it with a size 00 brush.”

As you can see, I tend to prioritize artists over writers, but Joe Keatinge is one of the few writers whose work I’ll seek out specifically. You might know him from Glory with Sophie Campbell or his main current project, Shutter with Leila del Duca–maybe my favorite ongoing monthly comic happening right now. So if you like Shutter… you won’t necessarily dig Ringside. They’re nothing alike. But you should check it out anyway.

Keatinge often describes Ringside by saying he’s trying to do for pro wrestling what Friday Night Lights did for high school football; authentic enough to appeal to diehard fans of the sport, but at its core, it’s a personal drama that any non-fan can get into as well. It’s the story of a washed-up former wrestling champion who’s falling back into his old world, and all the old friendships and conflicts that come with it.

That’s my list this Wednesday. See you in a few weeks!