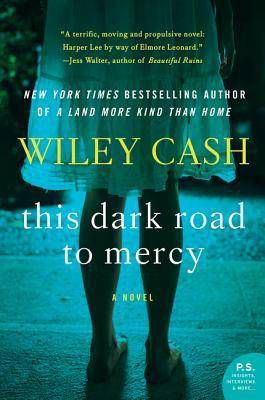 It’s a new year and a new week full of new comics! I’m almost blinded by all the shining newness. Grab your shades and lets peruse this week’s comics.

By my count the first week of 2015 brings us 13 new #1 issues: that’s a baker’s dozen of fresh starts and new stories. Here are the Number One #1s on my pull list this week.

Squirrel Girl is not a new character. She was created back in 1992 and is mostly known as a Great Lakes Avenger and nanny to Luke Cage and Jessica Jones’ baby girl. She also has some hinted-at history with Wolverine that I really need to know about. Really. Unbeatable Squirrel Girl will be her first solo title from mad-geniuses Ryan North and Erika Henderson.

Joelle Jones and Jamie S. Rich are one of those magical creative teams and not enough people know about them. So check them out with Lady Killer: the story of Josie Schuller, perfect 1960s housewife and deadly assassin. I don’t know about you guys, but I love bloody carnage hidden beneath a shiny mid-century suburban veneer.

I have to say, BOOM! had a really great year in 2014. They published some really fantastic all-ages books from new and different voices in comics. And Feathers looks like it’ll be just that. From writer/artist Jorge Corona this new series follow Poe, a boy born covered with feathers, and his adventure through the Maze to help his friend Bianca get back home.

But there aren’t just #1s on my pull list this week. I’ve also got my regular books and some New Year’s Resolutions on how to read them better.

I have a stack of the first 5 issues of Legendary Star-Lord on my coffee table, unread. Truth be told there are a LOT of issues like that precariously stacked on my coffee table. BUT NO MORE! 2015 Comics Reading Resolution #1 is to actually READ the comics I buy. Because there is some amazing Peter Quill and Kitty Pryde flirtations happening in this book. And there is little I love more than Kitty getting her flirt on.

2015 Comics Reading Resolution #2: Be a more attentive reader and figure out what the foxtrot is going on in ODY-C. I mean, this comic is gorgeous. Like, unreal levels of gorgeous so I have no problem reading it four times. But I shouldn’t read this comic the same way I read other comics. And it’s not just the four-page timelines and maps of the galaxy, this is unique comic booking. It deserves a unique way of looking at it.

Someone on tumblr had mentioned for 2015, reading, watching, doing a bunch of things they would have loved at age 15. Not that getting in touch with my inner kid self is a problem for me, but I think it’s a good thing to think about every once in a while. That’s why Comics Reading Resolution #3 is pick up things 15-year old Ali would want to read. And 15-year old Ali would have gone NUTS over an Edward Scissorhands comic. What 35-year old Ali loves about this comic is that years later, Edward is still looking out for Kim and her teenage grand-daughter Meg.

1) What books are you picking up this week?

2) Any New Year’s Resolutions, comics-related or not?