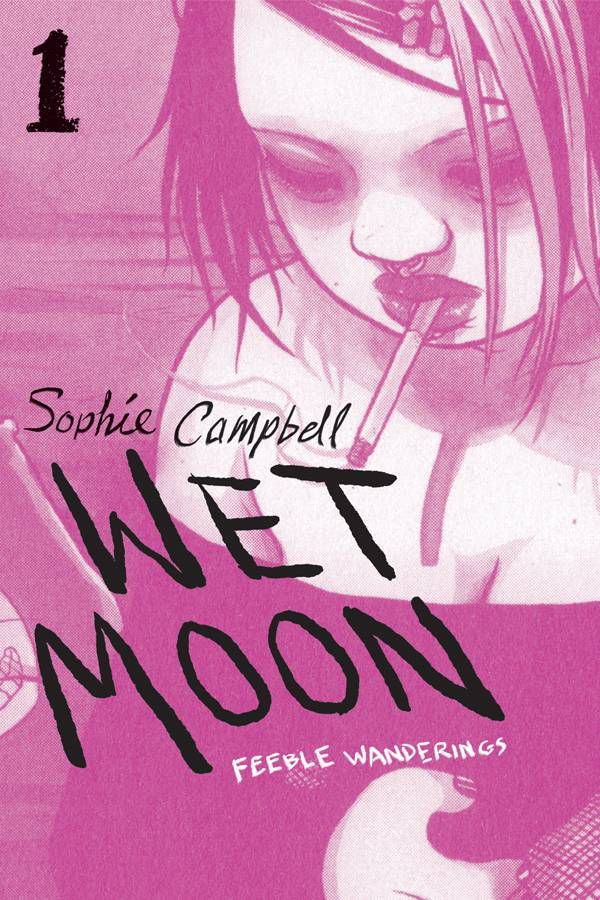 Every week, a different Panelteer will give you a rundown of the comics they’re most looking forward to. Floppies, trades and omniboo are all fair game here. This week, Jake tells us what’s on his pull list.

Sophie Campbell is best known these days for her breakout mainstream books Glory and Jem and the Holograms, but before she did all that, she was just an indie comics creator with a cult following, and her early original graphic novel series Wet Moon is finally back in print! It’s a quirky, body-positive slice of life comic about goths, friendship, sex, gender identity, and the creepy power of the small-town Deep South. This new edition features design work by Annie Mok, too!

The end of the sixth story arc! I don’t think this series needs any further description at this point.

The second half of one of the greatest hard sci-fi manga stories in recent memory! Planetes is about garbage collectors in space, so as you can imagine, it’s largely about human impact on the environment through the lens of a space comic.

I’m unbelievably excited for this. If any of you are like me, the vast majority of your pull list is comprised of Image books, because they’re putting out ALL THE BEST COMICS right now. So they decided to create Image+, a monthly 64-page magazine to be released alongside each month’s Diamond previews catalogue. But it’s not simple solicitations; it’s a full-fledged magazine featuring interviews with creators and retailers, preview pages of upcoming series, and an exclusive four-page The Walking Dead comic in each issue by Robert Kirkman and Charlie Adlard. The whole shebang is put together by Image content guru David Brothers, one of my absolute favorite comics commentators–he also does Image’s podcast The i Word which you should definitely be listening to.