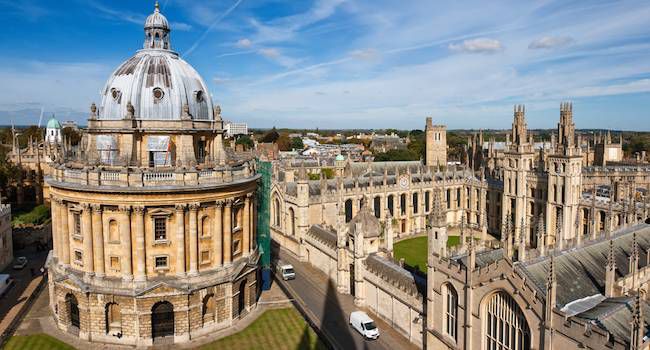 I have a love/hate relationship with bucket lists. I’m an inveterate goal setter: I pay real dollars for apps that help me break down long-term goals into actionable projects. I believe that if you don’t plan your movements, you’ll look back at the end of your life and be aghast at how much sitting on the couch you did. On the other hand, bucket lists can commodify experiences and places, making our whole lives about doing instead of being. But, when utilized judiciously and moderately, a good bucket list can be a fun and handy tool.

In that spirit, I asked the contributors about their bookish bucket lists. What literary landmarks do you want to see before you shuffle off the mortal coil? What books do you want to finally defeat? Here’s what they had to say: 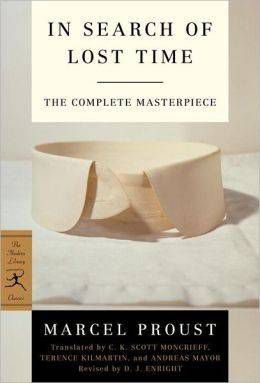 Jessica Woodbury: I have a holy unread trinity: Don Quixote, Moby-Dick, and (of course) In Search of Lost Time. I have started and abandoned them and their sheer length makes it a significant investment. But they remain my biggest literary goals. Which I may not achieve until I am literally bedridden.

Michelle Schingler: In L.M. Montgomery’s Emily series, there’s a brooding character called Dean Priest. He’s wealthy and moody and unsatisfiable, and he travels incessantly. I want to follow his trail, basically: Egypt. Alhambra. The Taj Mahal. Montgomery had a real gift for making even the mentions of places sound poetic and romantic, and Dean’s itineraries settled into me. They’re an as-yet unanswered pang.

Jeanette Solomon: This used to be “windswept Yorkshire moors” but I got to cross that one off my list. Now: Dublin, for Yeats reasons.

A.J. O’Connell: As a fantasy geek and a Tolkien fan, I hate admitting this, but I haven’t read The Silmarillion. I’ve tried to read it. I know what happens in it because I’ve probably read every Tolkien wiki article ever written. I even tried listening to it in the hope that an audiobook would make it more palatable. No such luck, or, as they say in Elvish, aica umbar. One of these days, I’m going to buckle down and read it.

Nikki DeMarco: High school reading lists. I went to a tiny, Christian high school and missed out on all of the books “everyone” has read. In college I read other books because it was assumed we had read all those high school books. Then when I graduated I was so burned out on having to finish books I didn’t want to that I binged on chick lit and YA. Examples include and are not limited to: To Kill a Mockingbird, The Great Gatsby, The Catcher in the Rye, Of Mice and Men, Lord of the Flies, etc.

Alison Peters: I “borrowed” a copy of a friend’s One Flew Over the Cuckoo’s Nest so very many years ago, and it’s been staring at me hatefully ever since. I hear it’s really good, and I haven’t seen the movie version, but just haven’t been able to get around to it! Someday.

Peter Damien: I want to visit London, England, and attempt to crawl back into the 1800s in as many ways as possible while I’m there. Any tour I can take, building I can explore, underground crypt or sewer I can get into (legally, I mean, I’m not gonna go worming through grates here…) I wanna do it. I obsessively read about the time and place, and I obsess still further over the life and locations of Charles Dickens, so I adore the idea of being to stop and say “this is where he stood,” even if the location no longer looks remotely the same. In my head, I’ll fill in the past as best as I can. I need two weeks, loads of money, and very, very patient traveling companions, probably.

Eric Smith: I’d love to take a trip to Amiens, France. It’s where Jules Verne lived, and where he had settled during the time he published many of his works. I’d love to wander the town, visit the museum dedicated to him and the many other places that bear his name. He’s a personal hero of mine, and his books were the stories that got me into reading. I’d love to walk the streets he walked. Maybe get some inspiration. 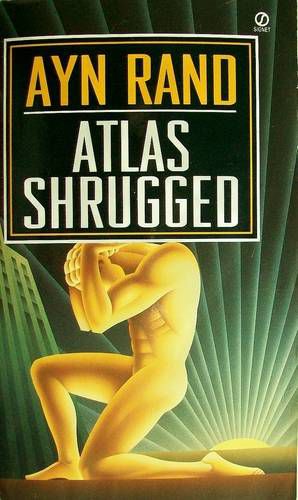 Kim Ukura: I’ve lugged an enormous copy of Atlas Shrugged with me to different homes in three different cities over the last 14 years. My uncle gave me for Christmas in high school when he thought I might be a Libertarian and I’ve always thought that I should read it. But I’m not really sure if I want to so… I want to either read the damn book or admit I’m never going to read it and donate it to Goodwill.

Kristel Autencio: I’ve started to read Fyodor Dostoevsky’s The Brothers Karamazov twice in my lifetime, both times reaching a hundred or so pages beyond “The Grand Inquisitor,” its most famous chapter. I invariably think to myself, “This is vital, sublime writing! He is clearly a writer at the height of his powers!” And then… I stop. It’s probably the sheer length that causes the fatigue, but I also get the niggling feeling that I should go through a crash course about the entire history of Russia before even reading it. Like, how much should I hate serfdom? What should be my position on the Orthodox ascetic saints? How far can I get into nihilism before I go fetal? So my bucket list is, in order: know Russian history, read Dostoevsky.

Nicole Froio: I really want to visit one of Europe’s biggest secondhand bookshops: Barter Books in Alnwick, England. This bookshop is close to my heart for several reasons, one of them being its history with the Keep Calm and Carry On poster which was discovered there in 1989 – 50 years after it was designed to keep spirits up during the Second World War (but never officially issued by the British government). The bookshop is a converted train station that has toy trains travelling across the rooms. I’ve been to that area in the north east of England (Northumberland) and I love it deeply because I’ve had good moments there – the added magic of a cosy, historical bookshop makes me think I’d have the best day browsing and buying books. (Also, Alnwick castle is literally Hogwarts so there’s that bonus for a bookish tour!)

Aram Mrjoian: As hackneyed as it is, the one literary thing I’d like to do before I die is open a small bookstore/cafe. In an ideal world, my bookstore would have bocce ball courts in the backyard, along with a small outdoor beer and wine bar (whisk[e]y available for the regulars) and a hammock garden for readers. (I’d also love to fucking finish War & Peace).

Emma Nichols: I really want to read the Harry Potter series in Spanish. I studied the language all through high school and college and really ought to be able to speak/read it; I hope reading a series I already know by heart in English will help me become semi-fluent in Spanish.

Rachel Weber: I want some literary ink. Right now I have two tattoos and neither are bookish, mainly because I can never decide on the right quote or image. 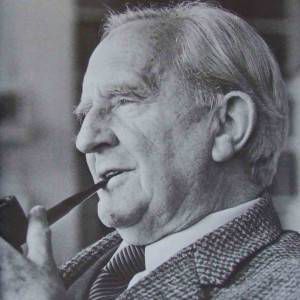 Kate Scott: I’m an avid Tolkien and Lewis fan, so naturally I would love to visit Oxford and have lunch at The Eagle and Child. I’d also love to visit the Kilns. And as long as I’m in country you can be sure I’d visit the Brontë Parsonage Museum and any other literary hotspots I can fit in!

Rachel Cordasco: I want to build a time-machine and travel back to 1920s Germany to have coffee with Thomas Mann. I’d make him sign all of his books, and then drool all over myself while he talked to me about anything, anything at all. Oh, and I’d learn German before I built the time machine. Barring that, I’d go to Germany in the present time and take a tour of Mann’s usual haunts.

Amanda Diehl: Every year, Boston hosts the Antiquarian Book Fair at a big convention center. Since moving here, I’ve gone every single November to stare lovingly at a French first edition of Le Petit Prince, which would set me back around $6,000. Until rare booksellers start taking payment plans, I’ll just have to pine for the edition from afar. If I win the lottery, then all bets are off.

Liberty Hardy: When I was little, and first discovered Agatha Christie, I longed to ride the Orient Express and to take a trip down the Nile. (Because apparently nothing said ‘joyous field trip’ to my nine-year-old self like murder, says the woman who has slept at Lizzie Borden’s house.) Sadly, the Orient Express ceased to run in 2009, but the Nile is still there. I’d also love to stay at the Old Swan Hotel where Agatha was found after having been missing for eleven days!

Rachel Manwill: It’s so cliché, but I’d love to escape to cottage someplace isolated and beautiful to spend all my time reading and writing. Give me a good view, someone else to pay all my bills, and towering stacks of books, and I’ll be a happy camper. For at least a year or two.

Andi Miller: Meet some great authors at the Texas Book Festival! Somehow I miss it every year, but one of these days I’ll be cognizant and proactive enough to make it there.

S. Zainab Williams: Build a massive treehouse out of books, spy on people’s sidewalk conversations from my perch, and throw recommended books at them based on what I hear and think they need. This is the entirety of my retirement plan.

Karina Glaser: I want to go to Prince Edward Island, walk across a picturesque bridge and tell my husband I love him, then go to a bookstore and buy up all the different versions of Anne of Green Gables.

As for me…I’d love to finally finish Proust (I’ve read the first one!), but in French because I get the impression that it would just…work better in the original. See also: learn French.