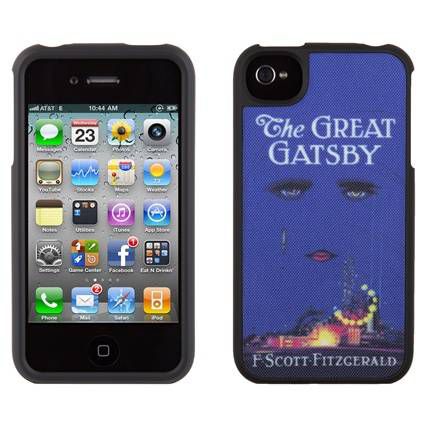 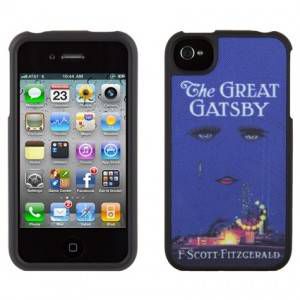 This summer has brought a spate of “Texts from [notable character goes here]” memes, not to mention the ever-popular Text from Dog, so what better task for a phone case giveaway?

A good deal of the drama in Gatsby would play out differently sans telephone calls. Tom and Myrtle would have an easier time of the sneaking around, for one, and just think of the plaintive messages the G-man could fire off as the lone sober attendee of his famed bacchanals. Would Daisy and Jordan Baker be text buddies?

The relationships in The Great Gatsby are rife with conflict and ripe for consideration. So take a crack at it! Leave a registered comment with your version of a text from a Gatsby character on this thread in the Book Riot forums to be entered to win this phone case from our friends at Out of Print Clothing.