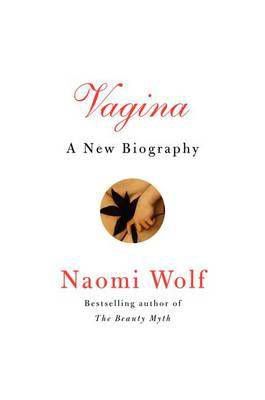 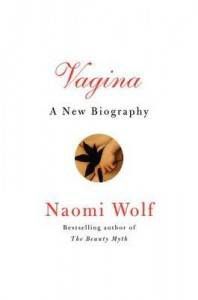 Naomi Wolf’s new book Vagina: A New Biography is (sort of?) about the neuroscience behind the brain-vagina link, and how it affects a woman’s creativity and wellness. The book has largely been panned by reviewers, whose criticisms range from offended feminist sensibilities to “well, this is silly.” Here’s a round-up of some of the most zinging quotes from reviews around the web, with my commentary:

From Toni Bentley, via the The New York Times Sunday Book Review:

“Sit back and relax, will you? Naomi Wolf has got her orgasm back. Yep. I know you were worried. We were all worried. I mean, to lose one’s orgasm at a time like this, what with Syria undergoing mass civilian murder and Romney closing in on Obama, it is really enough to put a liberated gal’s thong in a knot.”

Wolf’s writing process for the book began when she stopped having vaginal orgasms. She still had clitoral orgasms, though. Resist the urge to stand on your rooftop yelling “FIRST WORLD PROBLEM”- The NYT has done it for you. I also like this one, from the same review:

“Reading Wolf’s book can ­really make a woman foot-stomping mad about all those lovers who want to have sex the way men like to have sex. Who do you think you are: men? Don’t you know that only the girly-man can really ring our bell? But stay plenty manly while running our bubble baths because “a happy hetero­sexual vagina requires, to state the obvious, a virile man.” That’s right, you can’t win. Surrender, Dorotheus!”

Let’s not talk about happy homosexual vaginas, which obviously don’t require a virile man, because then Wolf wouldn’t be talking about herself anymore. And where’s the fun in that?

Rachel Cooke, for The Guardian:

“In the end, though, it’s difficult to go along with Wolf’s central contention, which is that women can only harness their creativity when in a fulfilled sexual relationship…Her evidence is crudely selective, and strangely unimaginative. Hasn’t it ever occurred to her that, sometimes, happiness writes white? Didn’t she wonder about the sex lives of art’s great spinsters? But it’s also, I think, an unhappily reductive way of looking at the world. Sex is a huge part of life. But it’s not everything, and we do ourselves a disservice if we try to suggest otherwise.”

Obviously, what Charlotte Bronte, Jane Austen, and Emily Dickinson REALLY needed was a good roll in the sack. Then they would’ve been creative GENIUSES.

“I doubt the most brilliant novelist in the world could have created a more skewering satire of Naomi Wolf’s career than her latest book, Vagina: A Biography. One the most prominent feminists in the country writes about her failure to see Technicolor after having sex— ‘the colors were just colors—they did not pulsate after lovemaking anymore’? And her subsequent painful spinal operation that restored the ‘pulsating colors’? A book in which she calls the vagina ‘the goddess’ and has the revelation that the vagina ‘is a gateway to, and medium of, female self-knowledge and consciousness themselves’? It would be hard to write a parody more effective, more sublime, than this.”

And I can’t resist this one, from the same piece:

“An older writer once wrote to me that Naomi Wolf was a “yuppie barracuda with an execrable prose style,” and the words do float back to me as I read her new book. What’s perhaps most disturbing, though, are the ways in which she is our yuppie barracuda. We should be looking very closely at the shallow fantasies or cultural yearnings and subterranean pressures or forces that created this particular yuppie barracuda effervescence.”

Zoe Heller, for The New York Review of Books:

“Like many who have drunk shallow drafts from the fountains of evolutionary biology and neuroscience, Wolf is so excited at the idea of explaining complex, overdetermined features of human behavior with simple reference to the prehistoric savannah or the hypothalamus that she often ignores the promptings of common sense and logic.”

But what will we do without overly simplistic pseudo-science? Read actual studies? Bullocks to that, I say. Also, how many times will these reviewers use the word “shallow?” Let’s make it a drinking game.

“Even a lay reader like myself can see that Wolf’s scientific interpretations are shaky. There are leaps of logic in this deeply flawed book, correlation is mistaken for causation, and she relies heavily on anecdotes instead of research. Most troubling, she presents her theories and goes looking for confirmation. Rather than investigating a question, she’s trying to prove a point.”