I had a pretty great American history teacher in high school. He taught American history because he liked interesting people, and he was a story-teller. He would sit in his rolling desk chair and wheel around the room, pounding on students’ desk for emphasis, as he told us about smallpox blankets, Thomas Jefferson and Sally Hemmings, the giants of the Industrial revolution, Vietnam. I remember distinctly him telling us about the duel between Hamilton and Burr, how Hamilton pointed his gun at the sky and Burr shot him anyway. I remember being heartbroken over Hamilton, but not really understanding what was worth dying for. (This is not a knock on my teacher. I had a lot of important things taking up my 15-year-old brainspace.) I considered doing more research, but also I had lunch the next period, so.

Fast forward a few years later, and the Internet is yelling about its favorite new musical. I don’t always agree with the greater Internet, but I usually give its favorites a chance, so I listened to NPR’s stream of Hamilton, the new musical by Lin-Manuel Miranda. And I was hooked. The people! The stories! This was the technicolor American history I remembered from my high school class, but with singing! And rapping! And an Aaron Burr with the voice of a Revolutionary angel! (The NPR stream is over, but you can listen to it on Spotify or buy it wherever historical musical phenomenons are sold.)

After listening to the musical a couple hundred times, it became necessary to brush up on my Revolutionary history. I need to do that research I neglected in high school. I need to know more about these people, so I put together a list of books to read in order to get the full backstory on Hamilton and friends.

Of course, the place to start is Ron Chernow’s biography Alexander Hamilton, which inspired the musical in the first place. It was recommended to me as being highly readable, and a few hours into the audiobook, I can say I agree. The first chapter alone is worth the time for how it explains Hamilton’s childhood and clarifies the events of the first song. Relationships and personality traits hinted at in the musical are fleshed out, and then you can listen to the musical again and it has a new depth. The only issue I have with listening to this 39-hour audiobook is I can’t listen to #hamiltunes at the same time. (For a lesser commitment, Audible has a 12-hour abridged version.)

Oh Aaron Burr, the villain in our history books, how I hated you in high school, and how complicated are my feelings about you now that you have a voice that is like melted butter on the Liberty Bell on a hot day in Philadelphia. “Talk less, smile more” isn’t really a terrible philosophy, is it? As long as you don’t kill your friend? Maybe you shouldn’t have killed your friend. For a full picture of our unhero, I found two biographies. The first is Fallen Founder: The Life of Aaron Burr, a pro-Burr, sir, biography defending him as a feminist and a powerful politician. The historian doesn’t mention Burr’s singing voice, oddly. 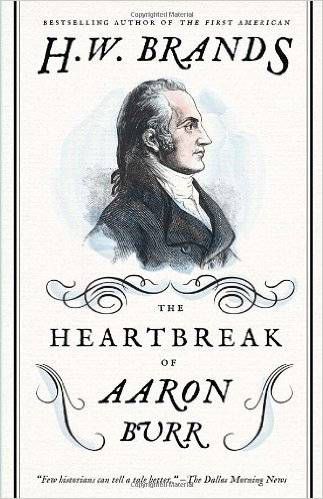 Miranda says that he pulled Burr’s character from The Heartbreak of Aaron Burr, which focuses on his relationship with his daughter. This is the Burr of “Dear Theodosia,” a loving father who is still The Man who Shot Hamilton. Again, doesn’t seem to talk about Burr’s singing voice? Seems like a major oversight.

The women of the musical, Angelic-AHHHH, Ee-LI-ZAAA, (and Peggy), The Schuyler Sisters, don’t have their own biographies. I consulted an expert, and she recommended Ladies of Liberty by Cokie Roberts. This has only a handful of pages on Eliza and less on Angelica, but should be an excellent look at the lives of the women of the Revolution.

I have always wanted to know more about America’s Favorite Frenchman, Lafayette, so I was delighted to see that Sarah Vowell, America’s Favorite NPR Historian, has a book out about him this month, Lafayette in the Somewhat United States. Vowell’s quirky, sometimes sardonic voice will be the perfect follow up to the musical.

The Jefferson portrayed in Hamilton was not the intellectual hero I’m used to seeing, so I thought I’d include two biographies here which categorically disagree on the man: Master of the Mountain, a highly critical look at Jefferson and his relationship with his slaves, and The Hemingses of Monticello, a more sympathetic look at the relationship between Jefferson and Sally Hemmings. Annette Gordon-Reed, author of Hemingses, wrote a scathing review of Master of the Mountain, and Master includes footnotes calling Reed’s book “misleading.” I don’t know, I just think Hamilton would appreciate me including both conflicting books here. That’s what Jefferson gets for spending the whole war in France. 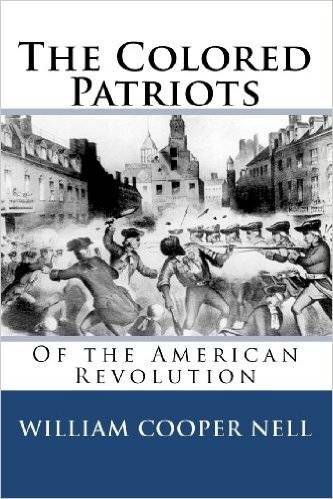 To round out the history, I want to read William Cooper Nell’s The Colored Patriots of the American Revolution, a history of African-American soldiers published in 1855. Hamilton was a staunch abolitionist and fought to offer freedom to slaves who served in the Continental army, and this seems like a great overview of something Hamilton cared about, but which was only touched on in the musical.

Hamilton wrote some of the most important documents of the American Revolution, so it would be a shame not to dip into some primary sources. I skimmed The Reynolds Pamphlet over lunch one day, and it is great if you want to be furious with our hero. (“Some conversation ensued which made it quickly apparent that other than pecuniary consolation would not be unacceptable.” HAMILTON. YOU STOP THAT.) You should probably go listen to “It’s Quiet Uptown” to feel better after you read that.

And now, ladies and gentlemen, HERE COMES THE GENERAL. It seems only appropriate to go back to Ron Chernow to read his biography of Hamilton’s mentor, the pride of Mount Vernon, George Washington: Washington: A Life. So much of the musical is dedicated to Hamilton wondering about his legacy, if his story will be told and if people will listen. It seems a bit cheese-ball to end with the words from the close of the musical, but, hey, Alexander Hamilton, 211 years later, people are still telling your story and looking for more.