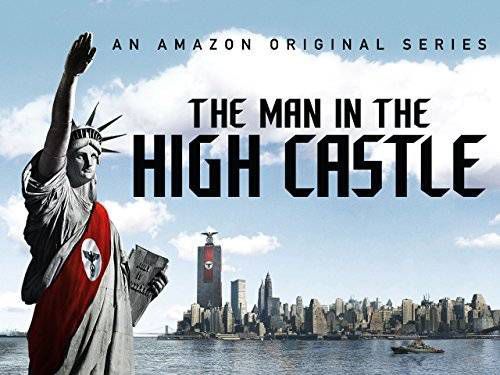 For the past couple of weeks, I’ve been completely hooked on the Amazon series The Man in the High Castle. I’d never read the Philip K. Dick novel it’s based on, so this entire world was new to me, and I found it both terrifying and riveting.

The story imagines a world where Germany and Japan won World War II. The United States is divided into three regions. On the east coast, there’s the Greater Nazi Reich. On the west coast, there’s the Japanese Pacific States. And along the Rocky Mountains is the neutral zone. The series follows characters who are in government, those who are actively resisting, and those who are just trying to live their lives in safety. (And characters move from one category to another during the series.) The series takes place in 1962, so the new world has been firmly established. And there’s a little bit of a science fiction twist to the story, but I’ll leave that for you to discover if you haven’t read the book or watched to show.

The first two seasons are already available, and the third season is coming later this year, although a precise date hasn’t been announced. While we’re waiting, there are lots of books to read!

I’ve divided this list into four categories. There are alternate histories of World War II, books mentioned in the series, historical fiction, and books that delve into the real history of World War II and its aftermath. 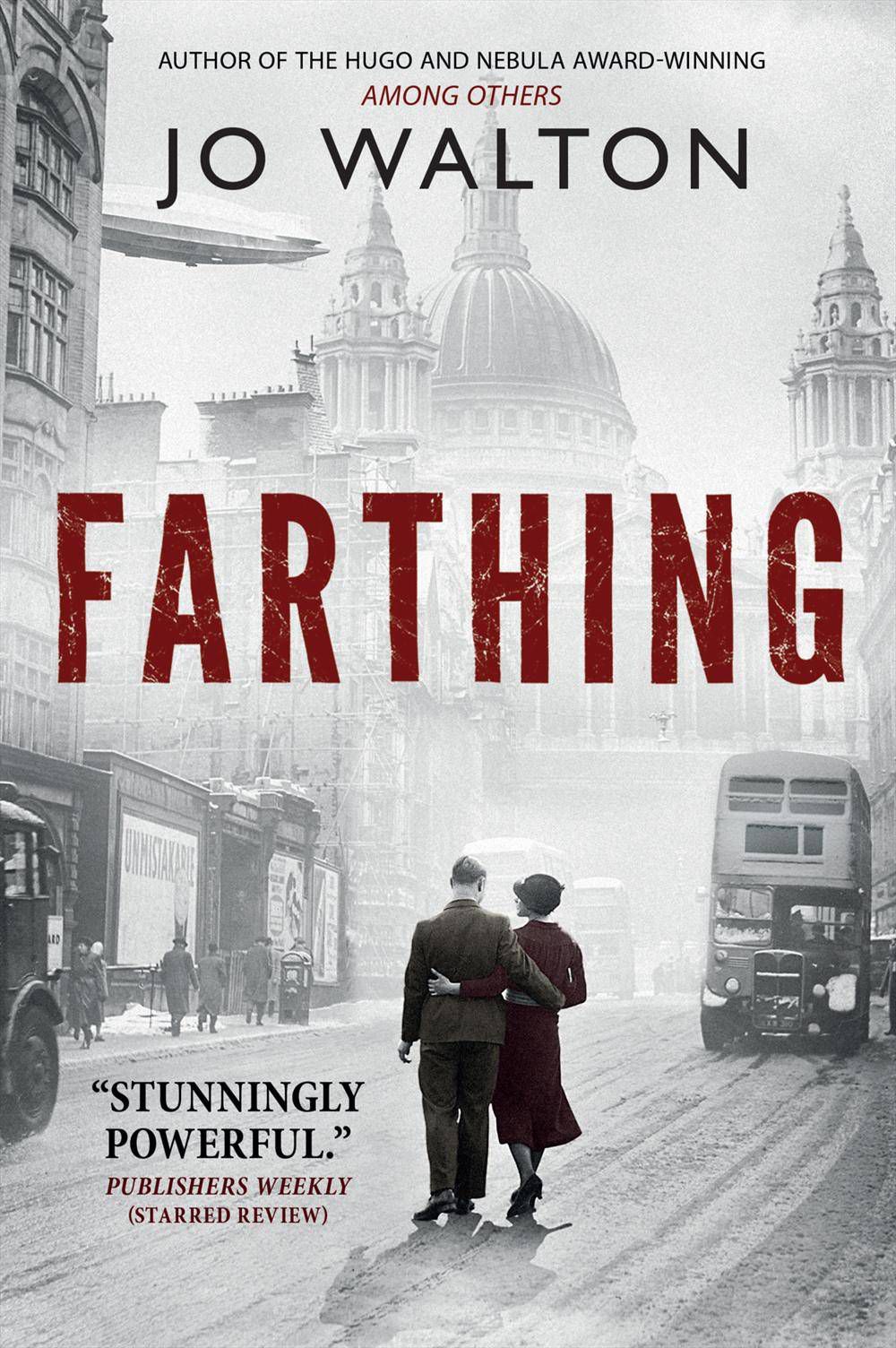 The Man in the High Castle by Philip K. Dick. The obvious choice if you want to continue to explore this world.

The Small Change Trilogy by Jo Walton. Farthing, Ha’Penny, and Half a Crown depict a world where Britain made peace with Nazi Germany. It is set in late 1940s Britain.

Fatherland by Robert Harris. A detective story set in a version of 1964 Germany where the Nazis won the war.

Books from the Series 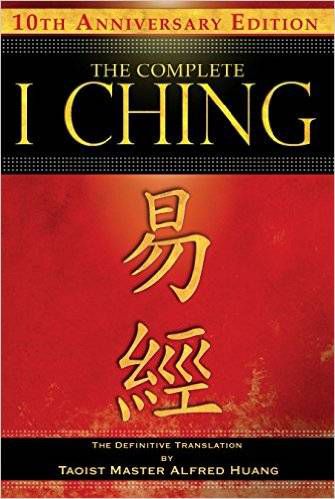 The I Ching. Trade Minister Tagomi of the Pacific States relies on this book for guidance. The translation by Taoist Master Alfred Huang includes commentaries by Confucius and guidance on how to use the book.

The Adventures of Huckleberry Finn by Mark Twain. Joe Blake buys a copy of this book while in the neutral zone. We later learn that it’s been banned in the Nazi Reich.

Lolita by Vladimir Nabokov. This book makes a brief appearance in both season 1 and 2, although it probably was never even published in the primary world of the series. 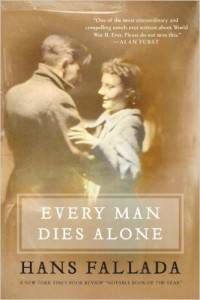 An Artist of the Floating World by Kazuo Ishiguro. The Japanese artist narrator of this novel lived through World War II making propagandistic art in support of the Empire. Now, he looks back on his life and the choices he made.

Every Man Dies Alone by Hans Fallada and translated by Michael Hofman. This novel tells the story of a couple who resisted the Nazis by spreading subversive messages. They work alone and are not part of any organized movement, and their isolation reminds me of the isolation Juliana and Frank experienced when they simply had no idea whom they could trust.

Black Rain by Masuji Ibuse and translated by John Bester. The characters in High Castle are haunted by nuclear war, both the past bombing and the possibility of it in the future. This novel is the story of a woman who was outside Nagasaki at the time of the bombing of Japan. 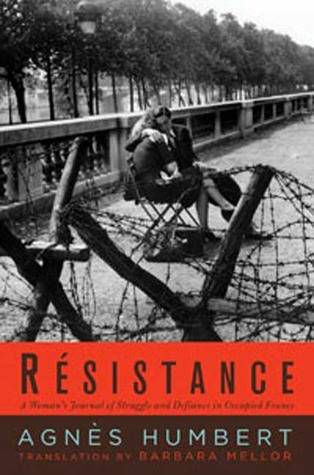 Résistance by Agnes Humbert, translated by Barbara Mellor. Although the French Resistance doesn’t enter into the series, we do meet members of the resistance against the Japanese and the Nazis. This journal shows what it was really like to resist the Nazis.

Defiance by Nechama Tec. This book focuses on the Bielksi partisans, a group of Jews in Belorus who rescued people from the camps and took action against Nazis and their collaborators. Like the High Castle TV series, this book gets into some of the moral complexities around violent resistance.

Sophie Scholl and the White Rose by Jud Newborn and Annette Dumbach. Another story of resistance against the Nazis, this book tells the story of a group of students who wrote and distributed leaflets urging Germans to fight back against the regime. 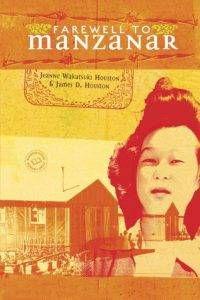 Farewell to Manzanar by Jeanne Wakatsuki Houston and James Houston. In season 2 of High Castle, we meet a Japanese-American woman who was interred at Manzanar. This memoir describes what it was like to be a child in the camp.

Japan at War: An Oral History by Haruko Taya Cook and Theodore F. Cook. Much of the series takes place in the Pacific States and focusing on Japanese characters. This book presents the war as experienced by the Japanese.

The Making of the Atomic Bomb by Richard Rhodes. Much of season 2 of High Castle deals with the specter of nuclear war. We also see images of the bombing of DC for the first time. This book tells the actual story of the first atomic bomb and the decision to use it.

Hitler’s Forgotten Children: A True Story of the Lebensborn Program and One Woman’s Search for her Real Identity by Ingrid von Oelhafen and Tim Tate. In the second season, we learn that one of the show’s characters was part of the Lebensborn, a Nazi program to promote racial purity. One of the authors of this book made the same discovery about herself.