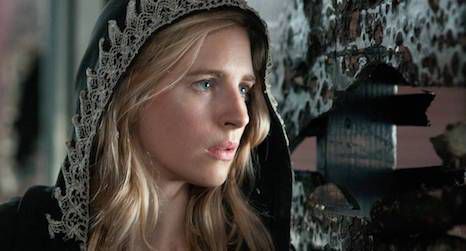 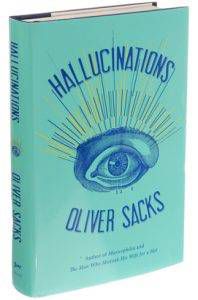 When I love a television series or movie, I want to read about it. Not gossip about the stars, but about the writers and subject of the show. The OA is driving me crazy with curiosity. The book I’m most anxious to read hasn’t been written yet because it would be an annotated transcript of the dialog between Zal Batmanglij and Brit Marling as they created The OA. A story about writing a story about storytelling. That’s deliciously recursive. The OA models religion – I don’t know if intentional or not. That ratcheted up my fascination too. I’m an atheist – so I wondered if Batmanglij and Marling are believers? Or are they just messing with believers’ heads? Like any good novelist, their 8-part video novel has an ambiguous ending to go with its ambiguous intentions. That’s very frustrating – but in a good way.

The OA is about NDEs – Near Death Experiences. The essence of religion hinges on faith in an afterlife. That makes their story a religious story. Since their story is also about storytelling and believing, it also makes it about faith. Even more, I think The OA is a study in fiction and storytelling. Anyone writing a novel today should analyze original series on television. They are the cutting edge of storytelling evolution. The OA is fascinating because it explores fiction and belief.

The main character, Prairie Johnson, mysteriously calls herself The OA. She could be a stand-in for Jesus. I won’t point out all the comparisons because of spoilers, but depending on how you count them, she might have twelve followers. The OA has a story about resurrection she wants other people to believe. She offers life after death for belief. And there are angels in this story – maybe. Other dimensions substitute for heaven, but I missed any suggestion of God. This story works to avoid specific religions, or possibly it theorizes on a secular afterlife.

If Batmanglij and Marling just told a fun narrative based on clichéd fantasy tropes I wouldn’t be writing this essay. I can’t say B & M are promoting belief in NDEs, but I know many viewers want to believe in such experiences. I wish I could find a scientific study on belief and fiction. If To Kill a Mockingbird can spread acceptance of racial diversity, can a fantasy about NDEs spread belief in the afterlife? Since Raymond Moody’s Life After Life in 1975, we’ve been seeing more books every year on NDEs. 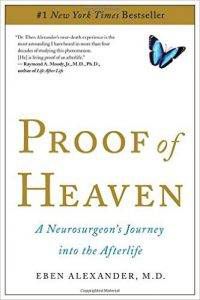 Goodreads has a shelf for 309 books about NDE. Some popular titles are Heaven is for Real by Todd Burpo, Proof of Heaven by Eben Alexander and 90 Minutes in Heaven. I’ve read some of these books and they can be convincing. Because I’m an atheist some of my Christian friends have given me NDE books to prove they are right about religion. And I highly recommend everyone try a couple. They are powerful stories, even dangerous. When you read them you’ll be queuing up The Twilight Zone theme music, though.  Afterward, I highly recommend reading a pile of Skeptical Inquirers as an antidote, or Hallucinations by Oliver Sacks. The power of our minds to fool ourselves has yet to be fully measured.

Have Batmanglij and Marling merely borrowed the biggest selling point of religion to capture a TV audience? Do they believe in NDEs themselves, and want to promote the belief? Or did they pick NDEs for yet another fantasy series because wizards, werewolves, zombies, and vampires are getting old and tired? I have to believe writers are getting savvier about seducing readers. Just look at some recent writing books that try to take reader psychology into account – Wired for Story and Story Genius by Lisa Cron, The Storytelling Animal by Jonathan Gottschall, and The Spirituality of Imperfection by Ernest Kurtz and Katherine Ketcham. 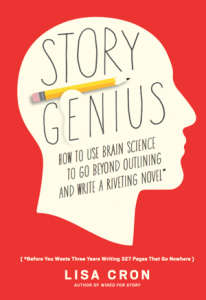 Why can’t I find books about scientific studies on the impact of fiction on believing? If religion is fiction, it has converted billions into believing. That implies novels can have tremendous powers. The art of storytelling goes way beyond creating bestsellers and blockbusters. When you watch The OA, pay attention to how many stories are told within its eight episodes, to how many people, and how are they believed. And remember this, the bad guy of this story is a scientist. The symbolism: science holds faith hostage. As you watch, count the number of people trapped by their fates, and how often faith is offered as a means of escape.

We are storytelling animals. But that goes way beyond entertainment. Our conscious minds constantly make up stories about every bit of input our mind notices, but that often causes pitfalls. One of my favorites is called “the narrative fallacy,” which I first read about in The Black Swan by Nassim Nicholas Taleb. Essentially it means we make up a story to explain every experience, no matter how small. Those stories influence our actions. But when the original assumption is wrong, leading to a misdirecting story, we end up acting wrong. When you see episode eight, you’ll wonder where the narrative fallacy in The OA lies.

What makes The OA so appealing to me is we don’t know if Prairie Johnson is a reliable narrator or not. Her followers don’t know if the life-changing decisions they are making based on her story are correct. Let me give you one last book to read. It’s called Other Powers by Barbara Goldsmith. Like near death experiences are being used now to support religious belief, all around the world in the 19th century, people took up the belief in spiritualism as proof of religion. Séances became a fad and mania because of the Fox sisters. People assumed proof of an afterlife validates religion. Even famous people embraced and promoted spiritualism. Abe and Mary Lincoln tried to contact their dead son. No one book can convey the impact of spiritualism had back then but Other Powers is dazzling because it also covers the suffrage, abolition and temperance movements.  Spiritualism lingers to this day. And that’s surprising because the Fox sisters eventually admitted they were frauds and revealed the techniques they used to fool people.

Stories are fun. Stories can be a vacation from reality. They can also become an addiction and delusion. I believe writers for print and screen are becoming so sophisticated at storytelling that we want to binge on them. And preachers and politicians can spin tales that shape our reality. When I watched The OA I wondered if Zal Batmanglij and Brit Marling were showcasing the art, teaching us the art, or warning us about the art of storytelling. I assume all three.

Now that we’ve speculated about the power of gurus, saviors and novelists to manipulate people with storytelling, just wonder about those skills in the hands of politicians.