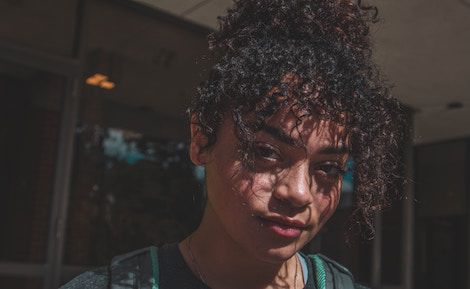 I have a friend who works as a high school counselor; she always knows what the kids are into. When everyone discovered “damn Daniel” she knew it had been over for months; she had to explain to me what “on fleek” meant; she hasn’t said “lit” in years. Kids are tastemakers—we know this. But what about in the world of books? I grew up reading, but it wasn’t until high school that I realized I could have my own taste in books. I didn’t have to wait for an adult to buy or assign me a book to read; I could walk into a library and decide for myself what I was interested in.

In considering this dichotomy between my relative cluelessness towards books then and my total cluelessness towards kids now, I wondered whether members of Gen Z are more proactive about what they read. In other words, I had the completely unoriginal thought of “what are the kids into these days?” My sister is a high school English teacher so not only is she privy to the specific language and codes that high schoolers use, she also has a pretty good idea of what they read. She teaches 11th and 12th grade English just outside of Boston in Waltham, MA, and was willing to answer some of the questions I had about what’s cool in school. (Thanks Julia, extra birthday presents for life.)

Ok first thing’s first: what are some of the books you assign again and again? Your classroom staples, if you will.

My reading lists for my various classes (I teach 3 courses, each with different themes and foci) are changing pretty constantly, but here are a few that have had some longer-than-most runs and which I have particularly enjoyed teaching: One Flew Over the Cuckoo’s Nest by Ken Kesey, The Bluest Eye by Toni Morrison, Fun Home by Alison Bechdel, and The Metamorphosis by Franz Kafka.

Of those books, are there any that you’ve found students tend to most enjoy/connect with?

Part of the reason those four are on the list is because they continue to resonate with kids across the years. They LOVE One Flew Over the Cuckoo’s Nest, always. They consistently identify The Bluest Eye as ‘devastating, but so important,’ ‘the first real book they’ve read.’ Some of Fun Home goes over their heads (they struggle with the frequent references to classical literature and early LGBTQ+ philosophical writers, because, let’s be real, not even I have read every book Bechdel talks about), but the human story is always resonant, and it’s got pictures so, can’t beat that. The Metamorphosis always surprises me in terms of how well it goes over with the kids—maybe it’s the trippy surrealism, maybe it’s the poignant existential and philosophical questions, maybe it’s the fact that I make them literally get on their hands and knees and act out the life experiences of Gregor the giant bug.

Are there any particular genres, authors, or specific titles that your students most read outside of class?

Among my students who read independently, I’d say there is a preference for fantasy/sci-fi genres, OR for young adult realistic fiction. One group of independent readers will tell you all about Harry Potter, Lord of the Rings, any number of manga or Marvel graphic novels, or Ready Player One, and the other will talk about John Green, The Perks of Being a Wallflower, The Help, or the poetry of Rupi Kaur. The Twilight series tends to fall under the jurisdiction of the second group, despite technically being a part of the fantasy/sci-fi genre.

What would you say is your students’ *general* attitude towards reading? Is reading cool in high school yet, because I don’t know if you’ve heard but it’s cool on Instagram now.

Sigh. It’s still not cool to read. But I wouldn’t exactly say it’s uncool either—reading for fun is accepted, just not the basis for social alignments of any kind. The majority of my students will say that they don’t read unless they have to for school (and, of course, they’re not all doing that either); that they just don’t like it, or that it takes too much effort, or there’s nothing interesting to them.

They DO use Instagram but they’re all about the finstas, not the instas. They have explained the difference to me, but the only thing it seems to amount to is you post shit on your finsta that you wouldn’t on your insta, and the only one you ever actually talk about is the finsta. But maybe that’s the issue. They’re missing how popular reading is on insta because they’re too busy looking at smoke clouds on their finstas.

I know, because I’m your sister, that you make an effort to include diverse authors in your assigned readings. That was definitely not the case at our high school, where we read maybe one book by Toni Morrison. Do you think that making your classroom’s canon more diverse has changed the way students are connecting to the reading?

I absolutely think diversifying the literature taught in schools has changed things for students. Perhaps not exactly their approach to reading specifically (’cause, see above—it’s still not cool), but definitely their experience with schooling in general. It affirms our students in their identity and their humanity, it makes school a place that sees and acknowledges and values them, no matter who they are. A huge swath of our student population is left out of the literature that is considered canonical and, let’s be honest, most of the dead white dudes of the canon aren’t even that interesting to our living white dudes (like, really, no high school student ever enjoyed reading The Scarlet Letter). Diversifying the curriculum allows space for women, people of color, those suffering from mental illness, those who identify as LGBTQ+, indigenous peoples, those with disabilities, and more and more and more to see themselves as viable subjects of literature. If you never see a character like yourself, the implicit message is that you’re not important or interesting enough for books to be written about you, or people like you.

The other key change afforded by diversifying texts is that it allows students to experience, empathize with, and understand people who are different from them. If, as Mark Twain said, “travel is anathema to prejudice,” reading is the next best thing to travel. Stories are the primary way that humans communicate with each other, exchange meaning, and learn to walk in the shoes of another. If our white male students are only ever reading dead white guys, how can we expect them to empathize with or even begin to comprehend the experience of, for example, a Native American woman? Or a black, transgender man? Or if a black man never reads about a black woman, how can he understand her experience? Or an atheist understand a devout Muslim? Or a white American a Mexican American? Or a Japanese American? Or, GASP, a Democrat understand a Republican? The world is a wildly diverse place. Our literature must reflect that diversity. Ok, I’m done now, I just think that reading books by all kinds of writers is quite literally one of the most important things we can do for our students—because it’s the right thing to do, and because the world isn’t going to be de-globalizing or de-diversifying anytime soon.

Do you see your students consciously seeking out more diverse authors to read?

Yes and no. Mostly, yes—I think it’s not for nothing that my course on Literature and Social Justice, though an elective, has been filled to capacity for five years running. But for some young people, it is hard to see a diversification of reading material as something other than an attack on white men, as an accusation that everything wrong in the world is THEIR FAULT. Which is just another reason why we need diverse reading material—to help students examine their place in the world, and recognize their privilege without feeling personally attacked, and move to greater understanding—to combat prejudice, and partisanship, and to see the ways that we—yes, in the deepest and most clichéd of ways, we are all only human.

Want more? Check out this look at how Generation Z is reading.