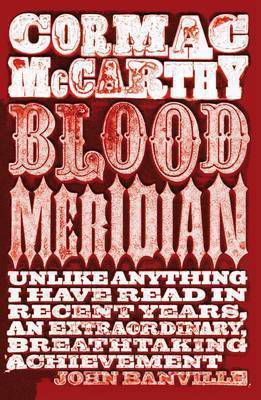 Say it with me, campers: “Friendship to the Max!” The pages of Lumberjanes contain mysteries upon mysteries and references upon references, and our goal here at What the Junk is to decode at least a few and gather clues along the way. Today we’re talking Issue #7, known in my household as OH MY GOD THE FEELS.

That cover: Noelle Stevenson recently posted about her inspiration for the cover of Issue 7; you can see the full image courtesy of the HistoricalPics Twitter account.

Tin can radio system: You may be skeptical, but Scientific American assures us that a String Telephone is legit. The string helps move the vibrations of your voice over longer distances. Science!

Ki-Kirri-Ki: If Rosie was more up on her bird calls, she would have been a lot more excited to investigate Jen’s efforts. Ki-Kirri-Ki is the distinctive cry of the White-throated Kingfisher or Halcyon smyrnensis, a bird whose normal range includes Peninsular Malaysia. You got some ‘splaining to do: Of course April would be an I Love Lucy fan — I’d bet you a friendship bracelet she’s got whole episodes memorized. Red-head solidarity! And Lucille Ball is a role model as well. Rather than agree to CBS’s attempts to control their show, she and her husband Desi Arnaz negotiated to retain full rights to I Love Lucy and ran it under their own production company, Desilu Productions. After their divorce, Ball bought out Arnaz and became the first woman to run a major television production company. She was also the first woman to receive the International Radio and Television Society’s Gold Medal.

Lay off the high ones: How could I not recognize a line from childhood slumber party movie of choice? A League of Their Own follows the adventures of Dottie and Kit, two sisters who join the first professional women’s baseball league; you should watch it immediately if you’ve never seen it. The actual league was called the All-American Girls Professional Baseball League, and existed between 1943 and 1954. It was founded by Philip Wrigley (yep, the gum guy), and the women not only had to be talented players but attend evening charm school classes. By its end over 600 female athletes had played for the league, with peak attendance at nearly a million paying fans in the 1948 season. And here’s a bonus: Mental Floss has compiled 25 facts about A League of Their Own that are well worth the read.

Artemis: I should have caught it last issue as I, like Molly, earned my “It’s a Myth-tery” badge long ago. Diane is a version of Diana, which is the Roman name for the Greek Goddess Artemis — twin sister to Apollo. Traditionally Artemis is the goddess of the hunt and wild animals, so it’s perhaps not a surprise that Diane’s true colors would show during a bout of Capture the Flag.

The burning questions: What is Jo’s full name? If we knew, it might give us a clue as to her own possibly-supernatural background. And, do we believe Diane? She’s not the most, shall we say, stable-minded teenaged goddess, and she’s clearly manipulating the situation for her own benefit. Speaking of her manipulation of the situation: I teared up on the last page.

But I live in hope! Because this is comics so no one ever really gets turned to stone forever, and even if it wasn’t comics the ‘janes won’t rest until they get their friend back. Right? RIGHT?!