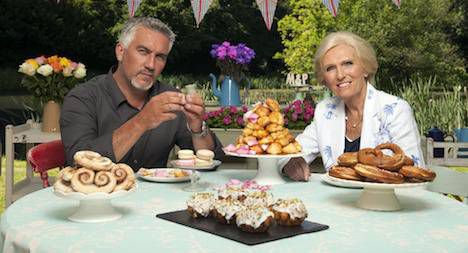 Almost all of my spare time the last few weeks has been consumed by two passions: the Man Booker Prize and The Great British Bake Off. And I’ve discovered a link between these two passions—and it’s not just that delicious baked goods are nice to enjoy with a good book. 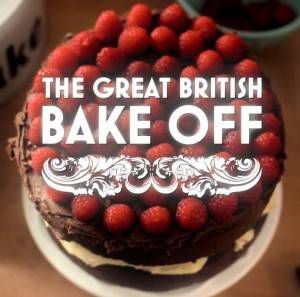 For the second year in a row, a group of blogging friends and I have been reading all of the books on the long list for this year’s Man Booker Prize as part of what we call the WoMan Booker Shadow Panel. We exchange opinions on the books and come up with our own short list. Our opinions are varied, and we enjoy trying to reach a consensus.

On The Great British Bake Off (known as The Great British Baking Show in the U.S.), judges Paul Hollywood and Mary Berry have a similar (but yummier) task. They have to sample a bunch of baked goods and judge which baker is the star of the week and which one has to leave the competition.

Judging the quality of anything is murky and complicated, especially when everything under consideration meets a certain baseline standard. All of the bakers in the Bake Off are talented, and all of the books in the Booker contest have achieved a basic level of excellence (even if, as a reader, I might not find that excellence easy to see).

When evaluating books (or baked goods), you have to consider several things. How complicated is the task the author or baker is trying to achieve? How well does he or she succeed? Is the book or baked good worth consuming? How original is the work? Is the creator doing anything new and different?

One of the dilemmas I face when trying to pit Booker contenders against each other is the fact that some authors are trying to do interesting and audacious things but not hitting the mark. My favorite book in the competition so far (The North Water) is the least experimental. It’s a straightforwardly riveting story. But how do I set that against books like Hystopia, which plays around with time, and Eileen, with its boldly unappealing lead character? Elements of those books didn’t work for me, but I could appreciate what the authors were attempting. 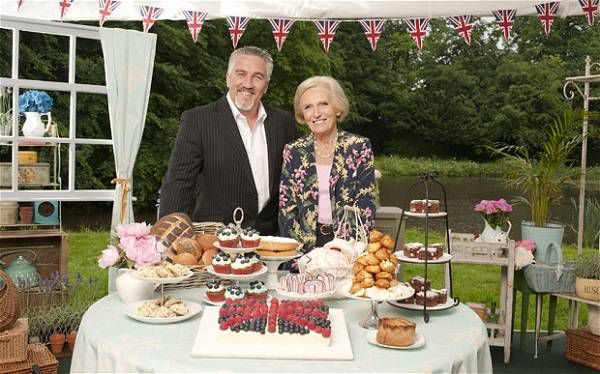 When I’ve needed breaks from my Booker reading, I’ve been watching past seasons of the Bake Off, never aired in the U.S., on YouTube. In the first season, Paul and Mary came up against a dilemma that echoed my own. In the final episode, with just three bakers left, one of the bakers, Miranda, made a perfect batch of lemon cupcakes. The others, Edd and Ruth, tried more complex and original recipes that were perhaps not as perfect as Miranda’s but that showed a flair Miranda’s lacked. Paul and Mary had to decide whether originality trumped perfection. The judging took hours. Mary supported advancing Miranda to the final bake, and Paul felt that her work wasn’t exciting enough. In the end, they had to look back at the bakers’ past performance to make a decision.

So when it comes to books, am with Paul Hollywood or Mary Berry? In my heart, I tend to side with Mary. As Paul himself has noted, with a basic recipe, there’s nowhere to hide. If Miranda hadn’t done everything right when making her lemon cupcakes, it would have been noticeable. A more original recipe carries fewer expectations.

The same can be true of books. A straightforward plot, told from start to finish, has to get all of the elements right. Readers will be much more likely to see problems when they don’t have other distractions. I’ve read more than one book that monkeyed around with timelines that left me wondering if the timeline would actually work if told chronologically. An experimental structure can mask flaws in characterization, plotting, and writing. Of course, a perfectly executed and original idea is what you want in a prize-worthy book or baked good, but those are rare pleasures.

Then there’s the whole prickly problem of individual taste. I’d never be able to give high marks to a dark chocolate cake, because I find dark chocolate bitter and it sometimes triggers migraines. Likewise, I find it difficult to enjoy satirical novels, even well-crafted and highly regarded ones, like this year’s Booker contender, The Sellout.

So far, Paul and Mary haven’t provided me much guidance there, but they did recently give high marks to a biscuit containing lavender and bergamot, even though neither one is fond of lavender. So I suppose I can be won over by books that don’t suit my taste. Or at least I can avoid making strong objections if everyone else on our jury agrees that a book I don’t enjoy really is excellent. But I will continue to long for books that are daring and delicious by all measures.