When Book Riot asked you what your favorite books were, Jane Eyre came out number three, just after To Kill a Mockingbird and Pride and Prejudice (though I’m of the opinion that Jane and Rochester could take Elizabeth and Darcy any day of the week, especially Sundays). So you’ve read Jane Eyre a million times and seen all made-for-TV adaptations–what next? Here are a few literary stops you could take: 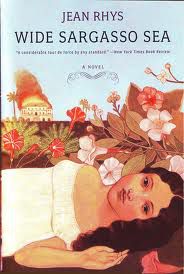 I’m not usually a fan of modern re-tellings of classics (get your own story, amirite), but Bronte’s madwoman in the attic really deserved her own narrative.  When we meet her, she’s been locked up by her husband for years, existing in a violent, manic state with small spots of lucidity. Where did she come from? What part did she play in deceiving Rochester? Did she ever love him, did he love her? Jean Rhys gives the character dimension, backstory, and makes her both more sympathetic and more culpable. 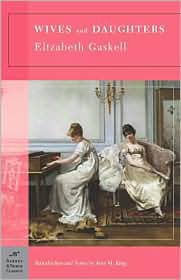 2. Wives and Daughters by Elizabeth Gaskell

In early-1830s England, Molly lives with her adored widow of a father. He remarries, and into Molly’s world comes a close-minded, priggish stepmother and her wild-but-lovable daughter Cynthia. Class divisions, Darwinism, the societal limits on the intellectual life of women, the authority of men over women–they are all carefully examined against the backdrop of quaint-but-biting English village society. You can have your Victorian Romance AND your biting social criticism and eat it, too. Or something. 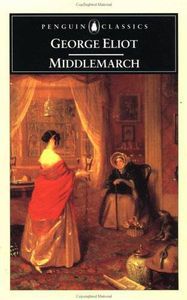 Where Charlotte Bronte’s England is dark, brooding, and Byronic, Eliot’s is realistic, razor-sharp, less dramatic but no less brilliant. Where Jane Eyre gives us a tornado of a courtship with an ultimately happy marriage (who deserves it more than Jane?), Middlemarch gives us what really happens in the romances and daily life a Victorian village, along with the not-so-happily-ever-afters that come after the wedding. It’s a worldly, thoughtful, genius novel with multiple narratives where every character is both the villain and the (almost) hero. Virginia Woolf called it “one of the few English novels for grown-up people,” and while I don’t know about the “few” part, the rest is definitely right.