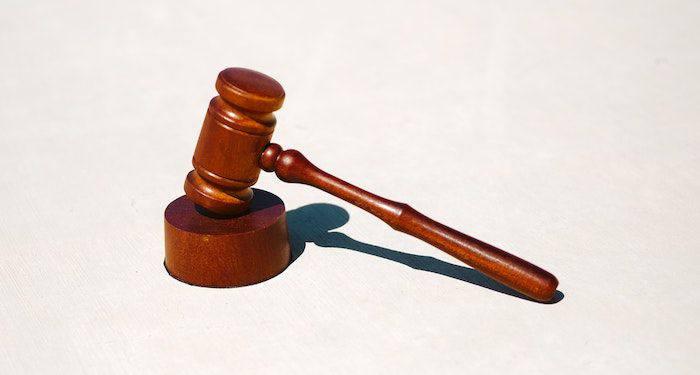 What many people know about the U.S. legal system is likely from television shows and books. Popular authors like John Grisham and Michael Connelly have popularized legal thrillers, with intrepid lawyers facing down big corporations or syndicates. But it’s not just thrillers. Many mysteries, whether on television, film or books, show characters interacting with lawyers and interacting with the legal system. Even cozies have their share of lawyers!

But how much of what we see in entertainment is actually true to the real life practice of law? As the child of lawyers, my parents would always say about legal based television shows and movies, “Oh that’s not how the law is actually practiced.” I talked with two attorneys, Colleen Gorman, assistant public defender for Cook County, and Wanda M. Morris, author of the forthcoming All Her Little Secrets, about what murder mysteries get wrong about the law.

The Law is Swift

One of the biggest differences in entertainment and the law is speed of justice. In the media, they show the crime committed, the suspect charged, and then a trial four to six months later. That’s not typically what happens in real life. Gorman notes that a more accurate time frame might be four to seven years. And if it’s murder, attempted murder, armed robbery, home invasion, and comparable crimes, “if it’s pre-trial, nine out of ten of them are in jail,” Gorman explained. Morris best puts it: “The wheels of justice turn very slowly.”

Gorman also points out that even depictions of when sentencing happens tend to be inaccurate. It’s not the same day. “Sentencing can be a whole hearing in and of itself where people bring in witnesses, the victims testify. Our client can testify or family members can,” Gorman noted.

Morris also pointed out that witness testimony is abbreviated, particularly on television shows. She said, “You have to establish that this particular person who’s on the stand has the authority or the knowledge to give the information that they’re probably about to present. You want to lay a foundation to establish what they do.” She says it makes sense that shows choose not to spend 15 minutes laying the foundation for the sake of time. A writer can probably do it in two sentences, but no one wants to read two pages of dialogue establishing the foundation for a witness’s testimony.

All Jury Trials, All The Time

On television shows, films, and books, lawyers are shown often going to court, arguing in front of a jury, and cross-examining witnesses and experts. That’s more fiction than fact. Gorman notes that while she’s in court every day, she usually appears before a judge to file pre-trial paper (motions to suppress evidence, summary judgment, etc.),  not arguing in front of a jury. On average, she may only have ten jury trials per year. Even when a jury trial is scheduled, it may not happen if suspects plead guilty, witnesses don’t show up or refuse to cooperate, etc. Public defenders, she says, probably litigate the most compared to many other lawyers.

Morris agrees. She’s a corporate attorney, which means she has one client — the company she works for — compared to other attorneys, who may have many clients, whether they work for a firm or the government. “They don’t go into court the way it might be portrayed on TV. You are so busy with all the stuff that’s coming at you from the corporation; [it’s] just kind of keeping the day to day operation going.” There’s just a lot of paperwork and meetings.

And catching someone lying on the stand? That’s not a frequent occurrence, Morris says. Lawyers are going to prepare the clients before they go on the stand. In Gorman’s line of work, she said, “in the real world, there are no ah-ha moments. Like, ‘Oh, we just won the case based on this piece of information that we had no idea what’s going to come out.’”

Public defenders are likely to know most everything that is going to come out in court. Witnesses have electronically given their statements so even if they do flip, there is evidence of what they originally said. “Because even when they slip, it’s still not good for us. They play the video statement, and that’s believable. It’s right after the incident happened, it was fresh in your mind,” Gorman says.

Also, Gorman notes that in her experience, defendants rarely testify. She explains, “A lot of times, it’s not because their stories are good or not or because they’re not believable. Jury trials, in a sense, are like a performance and they’re not actors.”

Lawyers are often seen as generalists and able to practice any time of law. But that’s not true. Morris says it’s frustrating to see a lawyer on TV who practices banking law and is asked to help out with a murder trial. “If you commit a crime, you need a criminal lawyer,” she notes.

“I sometimes see people confused and think that any lawyer can go into court. You have to be licensed in that particular state; you have to demonstrate that you’re an active member of the bar and you’re practicing in a certain area,” she continued. So while My Cousin Vinny is a beloved movie amongst lawyers in my family, it may not be the most realistic.

When asked what Morris and Gorman wanted people to know about the law, they shared the following. Morris said, “I think most times people who practice law are really in it to help other people. You’ve got folks that do cut the corners and the edges, maybe I’m just being a Pollyanna optimist, I still like to believe that those people are few and far between.  In the end, it really kind of comes down to doing the right thing.” Her book dives into these issues, so check it out on November 2.

Gorman critically says: “Beyond reasonable doubt is an extremely high standard…It’s not ‘more likely than not’, it’s not ‘probably’ so I think that in murder mysteries, by the time you get [to the end], you’re like, ‘Oh, God, he definitely did it.’ But in real life, it’s not like that. They kind of have some evidence, but is that enough? They don’t have every piece of forensic evidence. They don’t have every video.”

Thanks to both Wanda Morris and Colleen Gorman for sharing their expertise with us!

Want more of a discussion of how murder mysteries may not be accurate? Check out my prior post about forensic sciences. Or want more legal thrillers? Check out this Rioter list!