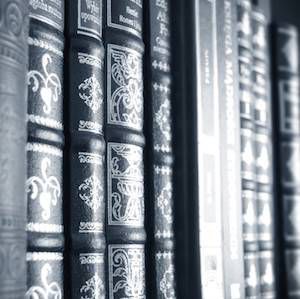 I think the challenge to The Establishment(TM) became pervasive in the ’60s. People asked, “Hey, who made you the arbiters of what art is?” and that remains a valid question, considering the still-white-dude-dominated landscape of Serious Literature/Art/Music/etc.

An early-’80s baby, I grew up somewhat post-Establishment(TM), in a time and place where art had gotten a little too out there and was returning to works that people could connect with. The ’70s saw a shift away from heady absurdism and works inspired by the surrealists and the beats, back toward classic storytelling with a generous influx of what we now call “genre fiction” (which does not, I’ll note, reduce its artistic merit in any way by virtue of having genre elements).

Art became heavily egalitarian, where everything could be art if you enjoyed it and connected to it. In a sense, this was great–it didn’t destroy barriers of sex and race and class, but it certainly smashed a bunch of cracks in the foundations and ripped a few chunks out. Art needs to be open to all comers, or it will stagnate.

I’ve never been hyper-egalitarian about everything being art, though; it’s always been clear to me that some works are very creative but not significant in the way that, say, Pablo Neruda or Toni Morrison is Significant. I never knew how to express it without sounding an insufferable snob until my husband and I started going to art museums.

We were at the Getty, maybe. I was gesturing to a group of 17th or 18th century Dutch paintings of flowers on a dark background. “I don’t like this,” I said. “I don’t connect with it. Why is it considered great art? This is like, art school still life 101.”

Ding! The light went on.

What makes something Significant is more complex than liking the finished product. It’s a combination of vision plus context plus technique. Two or three hundred years later, the flower paintings seem cliched–well, duh, everyone has been copying them for centuries. It’s no longer innovative, even if you are really good at painting flowers.

In context, though? Mind-blowing. They were the first artists to paint like that; they were art pioneers in unknown territory. Their techniques seem obvious now, but at the time, they changed art forever.

Georgia O’Keeffe also painted flowers in a way that nobody had ever painted them before. The perspective was fresh, the technique was all new and completely on point. Flowers re-imagined with a new vision–her vision. A newer artist who painted just like O’Keeffe could sell paintings or prints but wouldn’t be noted for that work in a book a hundred years from now, nor would they hang in museums.

If you want, say, a hard-boiled detective novel to be Significant nearly a hundred years after they were invented, you have to bring something radically new to the table. That doesn’t mean a detective novel won’t be well-written and fabulous to read. The author might have an excellent voice and impeccable grammar and write the snappiest dialogue this side of Elmore Leonard, and the book might still miss the Significant mark by virtue of lacking meaningful innovation.

Which is completely okay. We need stories, and we will revel in a story if it’s a good one. Very few painters are O’Keeffe; very few writers are Raymond Chandler.

I do think, though, there’s a line where a Significant book becomes art. The author writes in a way that changes literature henceforth; as a dividing point in the timeline, it earns a spot of recognition where many of its peers will fall into obscurity. We may not like or connect with the work, but it does something irrevocable. That’s my standard for art–not that it’s a regurgitation of literary tropes by a self-important MFA student, not that it’s hailed by mass back-patting of the White Dude Establishment(TM), but that it’s so goddamn life-changingly Significant that it can’t be ignored.