At the beginning of this year, ashamed of my paltry knowledge of what was going on back home in the book world, I rolled up my sleeves and started the Brit Lit Blog, where I round up daily news and views from British publishing. I’ve learned a lot.

Whether it’s a new exhibition at the British Library, a book recommendation list for Ravenclaws here on Book Riot, or a roundup of JK Rowling’s latest Twitter zingers, barely a day and certainly no week goes by without something new about Harry Potter on the internet.

Some books get inordinately widespread coverage. 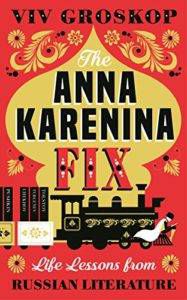 505 books were published on 5th October. I hardly heard about any of them. And yet in the weeks that followed, you couldn’t swing a cat without hitting an interview of Alan Hollinghurst, author of The Sparsholt Affair, or a list of life lessons from Viv Groskop, who wrote The Anna Karenina Fix.

There are so many bookish podcasts.

Podcasts seem to be multiplying like rabbits these days, but as I fall deeper into this particular hole I am realising there are more long-standing ones than I can shake a stick at, too—especially when you take into consideration podcasts like Desert Island Discs or BBC Woman’s Hour, which aren’t strictly bookish but often feature authors.

Around one in six members of the UK population are from a BAME (Black, Asian, or Minority Ethnic) background, and one would hope that the percentage of books published by BAME authors would therefore be something approaching 16%. Sadly, that’s not even close to true.

The covers are often, let’s face it, a bit naff. 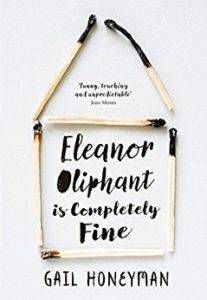 As evidenced in my Man Booker-themed cover face-off post, British covers are sometimes a little questionable, especially compared with their US counterparts. The most glaring example of this is the cover of First Love, by Gwendoline Riley, which I loved, but whose UK cover is, frankly, awful. The one shining counter-example, though, is Eleanor Oliphant Is Completely Fine, whose British cover is much more reflective of the story and of the book’s quirkiness and human interest than the bland American image. The woman-with-her-head-chopped-off image could be the cover of pretty much any novel with a female main character.

There are so many prizes.

I knew about the Costa Prize, the Man Booker Prize, and the Baileys Prize, of course, but it turns out that’s the tip of the iceberg. As well as prizes for writers, there are also (as there should be!) awards for illustrators, translators, and even marketers and bookshops.

British books come out on almost any day of the week.

The traditional New Books Day in the UK is Thursday. But sometimes, publication is timed to match the American date, and sometimes books seem to come out on other days entirely, as when the launch of the Moz the Monster book was designed to coincide with the release of the John Lewis Christmas advert (a big deal in the UK). Other times, books come out on what seem like entirely random days.

Publication dates change all the time.

If I write my “Five Books to Look out for This Month” posts for Book Riot more than a couple of weeks ahead of schedule, I have to go back and check the books are coming out when I originally thought they were. That’s not just for British books coming to the US—it’s not at all unusual for even the trade magazine The Bookseller to go to print with the wrong UK publication dates in them.

There are so many great British books. 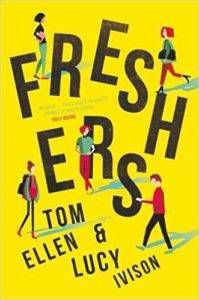 British books are varied and exciting. Many of them, even many excellent ones, never make it to the US, or get limited coverage here, so I’m really glad I’ve taken this deep dive this year and got to read some books I would have totally missed otherwise, like Unconventional by Maggie Harcourt or Freshers by Tom Ellen and Lucy Ivison. I’m looking forward to what 2018 has to offer.