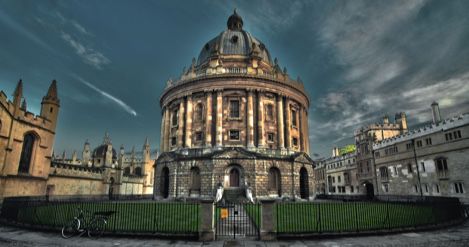 In a while-ago Literary Tourism post, I talked about my love for my uber-bookish hometown, Oxford in the UK. Oxford has a ton of literary connections, and the often-quoted claim of having the most published authors per square mile than anywhere else in the world. One of the things that makes Oxford particularly special to readers, though, is its beating, book-loving heart – the Bodleian Library.

The Bodleian Library is the library of the University of Oxford, and it’s spectacular in many ways. While not as ancient as the University itself (the Bodleian is a mere 417 years old, unlike the thousand-year-old university), it’s a venerable figure in Oxford’s academic scene. Also like the University, the Bodleian is not one building, but several different libraries all gathered under one umbrella – although buildings like the distinctive Radcliffe Camera serve as a focal point. Different parts of the Bodleian have been used to film famous scenes in movies and television series – the Hogwarts Library is actually the Duke Humfrey’s Library, although sadly, the books you see don’t actually contain details on the Dark Arts.

Possibly the most interesting thing about the Bodleian Library, however, is the role it serves, not just for the university but for the UK as a whole. The Bodleian Library is one of a handful of ‘copyright libraries’ – libraries that get a copy of every book published in the UK, ever, as a matter of course. Which makes it a really useful resource for students, researchers, and nerds like me. 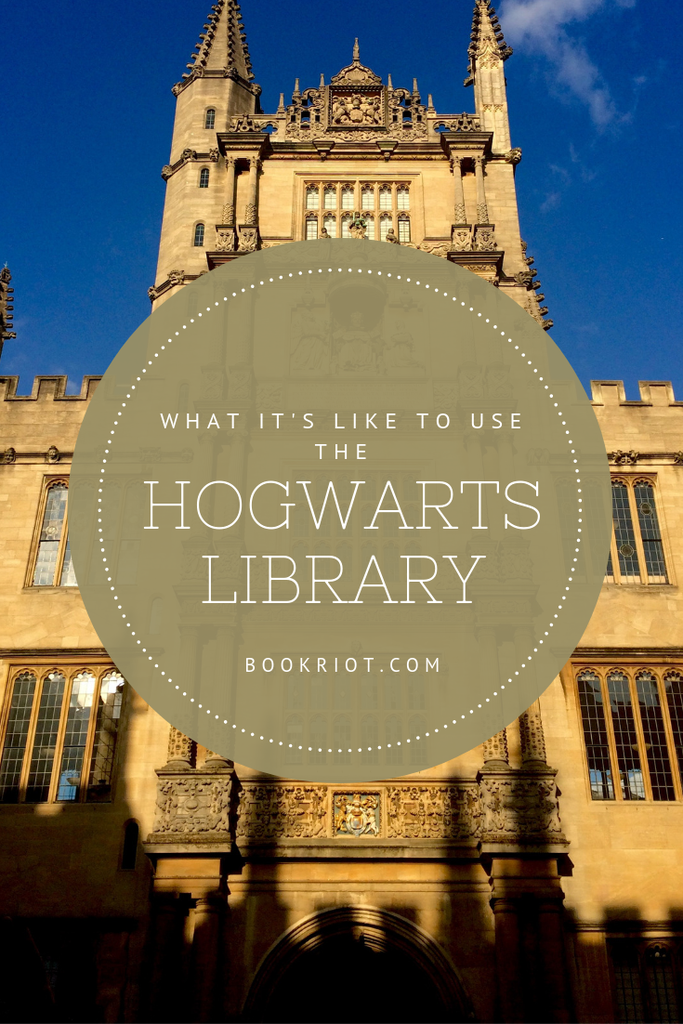 I didn’t go to the University of Oxford (I studied up the road at the much newer and less famous Oxford Brookes), but when I was doing my PhD, I got myself a membership to the Bodleian so I could use the various different libraries across Oxford for study.

As I was studying children’s literature, this meant that I spent the first year of my PhD sitting in various libraries, reading children’s books, which, I can confirm, is not at all a bad way to spend your time. Being several years into a nine-to-five job, with my studies many years behind me, I often find myself looking back fondly at my days in the Bod (the local slang term for the Bodleian).

Fondness isn’t the only feeling, however – using the Bodleian really gives you a sense of just how old and, frankly, bizarre Oxford is. This whole city is like The Citadel in Game of Thrones, with a huge part of it turned over to study and academia, and heading into the Radcliffe Camera with your notebook and pen ready makes you feel like you’re part of something much bigger and more ancient than yourself. (This is only added to by the oath – yes, an actual oath – that you have to take in order to use the library, which includes not only a promise not to steal any books, but also to ‘kindle no flame’. Taking a wife and wearing a crown is still apparently allowed). I worked in several different libraries under the Bodleian umbrella when I was studying – here are a few of my favourites. 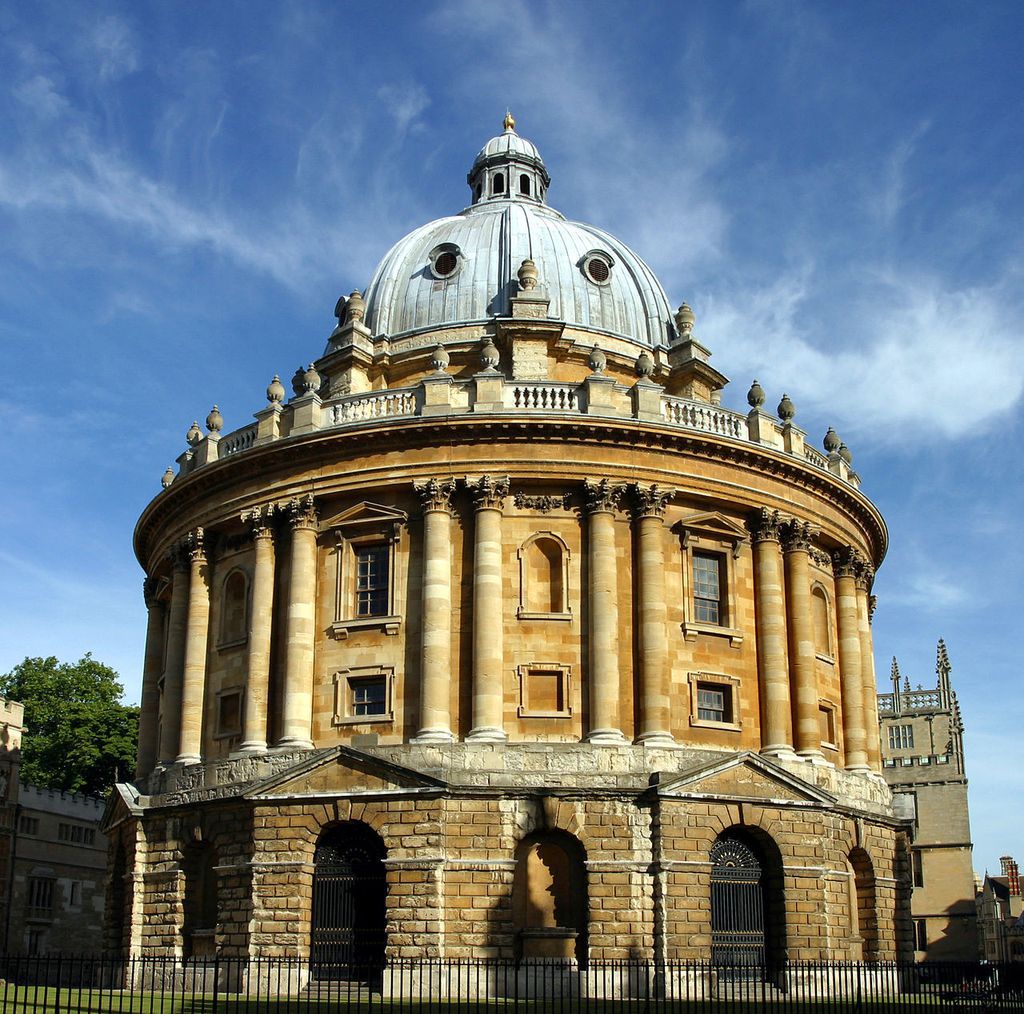 The Radcliffe Camera is an amazing building, just as beautiful on the inside as the outside. With marble, arches and columns everywhere, it makes you feel like you belong to a different time, or perhaps have slipped into a parallel universe – I can see why it was such a fount of inspiration for Phillip Pullman’s His Dark Materials series. Sitting down at one of the old oak tables and surrounding yourself with books that you’ve had brought up from the archives by the friendly and scarily competent librarians makes you feel like you’ve achieved several scholar points before you even turn to the first page.

My research was mostly focused on American children’s books, so one of the first places I turned to was the Vere Harmsworth library. The Bodleian’s libraries are often split by category – one may house mainly religious books, another scientific texts, while the Vere Harmsworth is the home of all things related to the USA. Browsing along the shelves, I found resources I didn’t even know I was looking for.

Not everything in Oxford – or the Bodleian – is ancient. The Gladstone Link opened in 2011, and is one of the weirdest, most wonderful spaces in Oxford – it’s basically a tunnel running under the city centre, full of rolling book stacks, twisty staircases and sheer white walls that I can confirm, if you’re there on your own, make you feel like you’ve wandered into the kind of secret experimental facility you’d find in a dystopian horror story. Hanging out underground, taking notes and sipping the contraband Diet Coke that you’ve sneaked inside in your water bottle, is unusually conducive to getting a good amount of work done, and I genuinely miss it.

For more glowing accounts of libraries, check out A Love Letter to my Former Library. To read about the value of libraries, have a look at My Library Card Made Me Less of a Picky Reader.